Hunting for profile balloons in Super Mario Odyssey has never been this awkward.

It took Nintendo a long time to get comfortable with the idea of internet services on its consoles, largely out of fear that its family-friendly platform would be abused. Perhaps it had a point.

A reddit user is suggesting parents disable online features on family Switch systems after spotting pornographic profile images in-game (via Polygon‘s report). Sure enough, there are photos in the thread backing up the claim.

It seems a recent Switch hack allowed players to upload custom avatars, and some of these are pornographic. Which would be fine, if not for the Luigi Balloon World update. This new game mode lets you hunt balloons other players have hidden around an online map, and will prominently display these avatars when found. 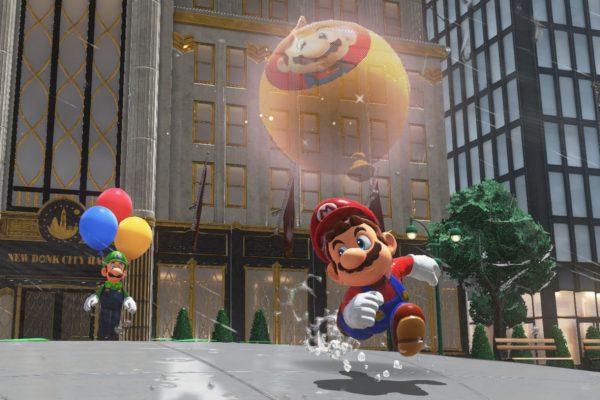 Thankfully, the issue doesn’t seem to be widespread. Nintendo will likely provide a fix soon, or at least improved parental controls. Until then, maybe suggest your kids hunt for something other than in-game balloons?