A new update to Dead or Alive Xtreme: Venus Vacation adds the option of tugging and pulling at women’s swimsuits.

Just a week ago, Team Ninja confirmed that Dead or Alive 6 would tone down its sexual elements. Meanwhile, the Dead or Alive Xtreme volleyball spin-off is headed in the exact opposite direction, which is saying a lot.

Take Venus Vacation, a PC-exclusive spin-off of the Xtreme franchise. It launched in 2017, but recently gained an update that lets players yank at women’s swimsuits. Going by a trailer on Koei Tecmo’s YouTube page (spotted via Motherboard), the swimsuits can’t be fully removed. But the woman in the video – wearing a French maid-themed bra and thong – is less than impressed with the experience.

Can’t say I blame her. 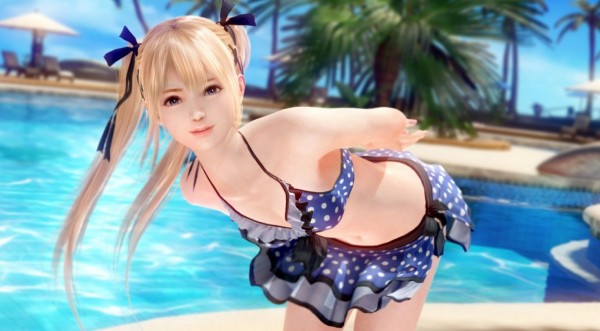 Sure, the core fighting game series may be headed in a different direction, so Team Ninja technically isn’t breaking any promises with new Dead or Alive Xtreme content. But even within the already-controversial Dead or Alive series, this is a pretty uncomfortable line that the studio might regret crossing.