The final episode of Life is Strange: Before the Storm arrived just as I was clocking off for the year, but that just means I’ve had plenty of time to get really angry about the final choice and ending – and then to circle back round to a more reflective appreciation of one of the best executed prequels I have ever experienced.

Before the Storm ends with players given the choice of telling Rachel Amber that her mother is nowhere to be found, or informing her that her own father has lied, over and over again, and even hired a cartoonishly villainous and violent criminal to take Rachel’s mother out of the picture.

The decision to lie to Rachel, to “protect” her from the truth of her father’s monstrosity so she retains one parental figure to cling to, is presented to the player as the “good” option with all the subtlety of a blue whale to the face. In a scene so surreal I expected it to go full David Lynch and live up to the franchise’s Twin Peaks inspirations (who killed Rachel Amber?), Rachel’s mother sits across a table from Chloe in a burned-out barn, face wet with mascara tears, calmly smoking a cigarette with which she gestures to punctuate her sudden, total reversal of motivation to date. The conversation drags on and on, until even the most tenacious player is worn down, and a heartwarming family scene – the kind of scene Chloe feels is beyond her, forever – hammers home a message already pounded into the player’s brain by the preceding conversation: you must lie. 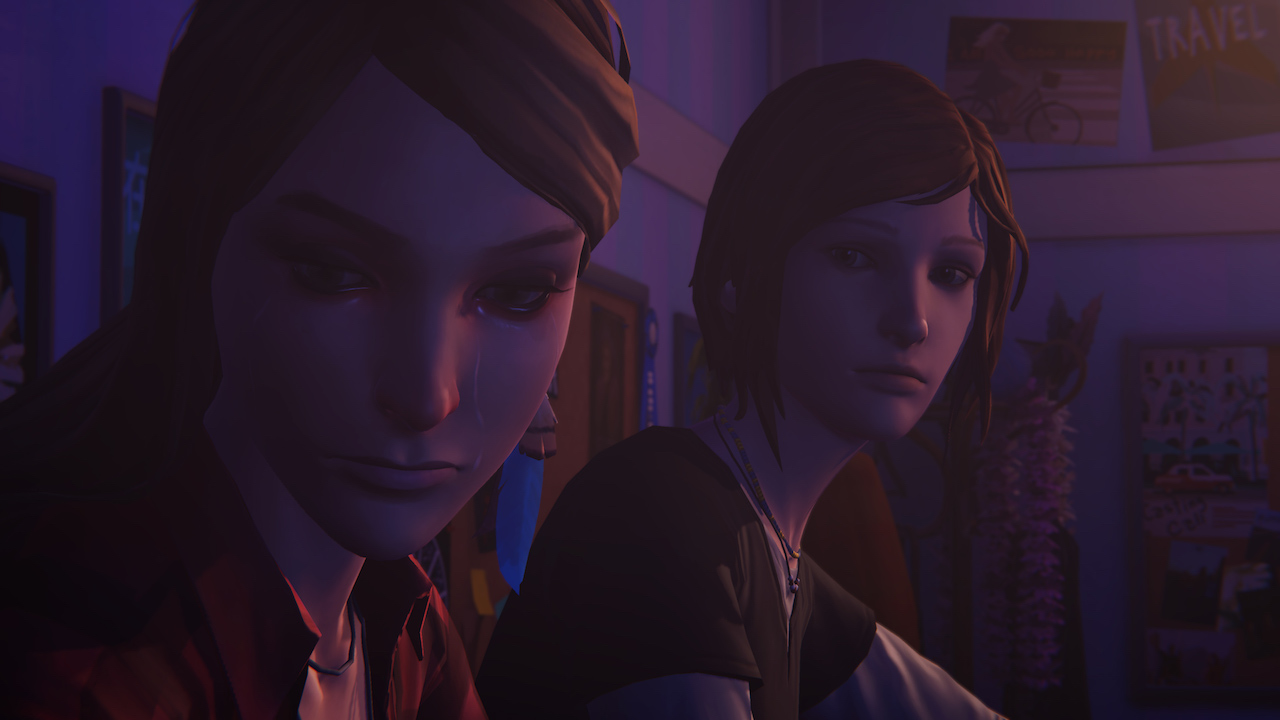 The parallel between this choice and that at the end of Life is Strange is rather beautiful. In both cases the player has been engaged with a clear central thesis throughout the game so far – Chloe Must Live and Lying Is Wrong – and is suddenly faced with a last minute reversal that not only contradicts this long-standing premise but also threatens the core relationship of the game.

My first reading of Before the Storm’s “good” ending was that it was complete and total bullshit. The shadow of the lie undercuts Rachel and Chloe’s fledgling relationship, which is the beating heart of Before the Storm and central to the events of Life is Strange. The lying Chloe whose face drains of happiness when Rachel looks away from her, who sits at the Ambers’ dinner table telegraphing suffering with every expression and posture, is not the Chloe who goes on to forge the kind of relationship – romantic or platonic – that we know exists sometime before the events of Life is Strange. That Chloe is in a relationship that is going to either explode, or to splutter away untended, or to be so mundane as to be meaningless.

But on reflection, I feel it is possible for Rachel to continue to grow into the central source of warmth and light in Chloe’s life that we know her to become even with the lie between them – for two reasons. One is that Chloe, my poor angel, has nobody and nothing else, and clings to Rachel like a life preserver, and – more tragically – like a ticket to a new life. The other is that Rachel, even to Chloe, is a user. 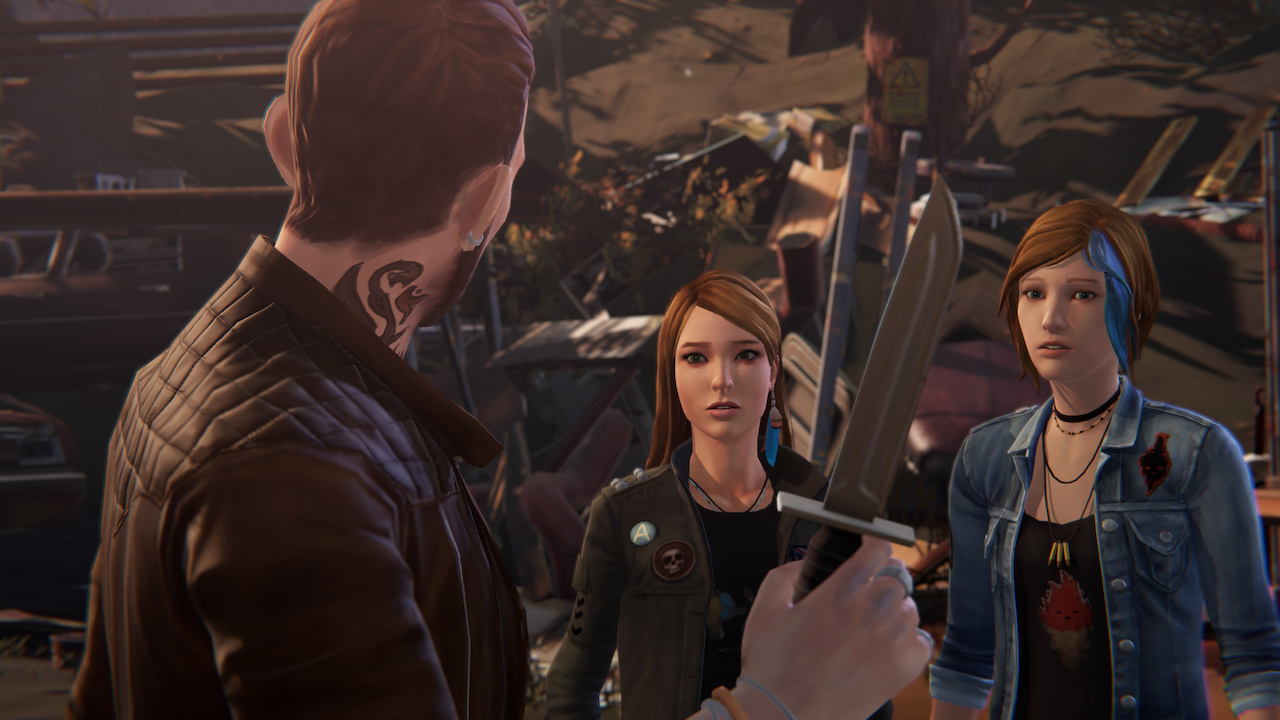 Look, I love Rachel Amber – I fell in love with her right alongside Chloe, and who the hell can blame us? – but she’s messed up in a way a lot of high achieving, highly strung, creative kids of that kind of parent are. One of the ways that manifests is as a kind of emotional manipulation and inability to connect for extended periods of time once the novelty wears off and they’ve got what they want. (If this is you, go to therapy! Behavioural patterns are not a life sentence.) One of the most real moments in Before the Storm is after the play in Episode 2, with Rachel and Chloe under the streetlights, when Chloe calls Rachel on her bullshit. Chloe asks Rachel if she really means it, if she really cares, or if she’s just all talk.

One way or another Rachel reassures Chloe, but for veterans of Life is Strange this moment is heartbreaking, because we know full well Rachel Amber is all talk – and not just because she ends up in a shallow grave in the junkyard. Well before the moment Deck 9 nods at so shockingly and painfully in the post-credits scene, Rachel Amber has proved she wasn’t going anywhere with Chloe: she had dumped Chloe and moved on to Frank, the local dealer, and then beyond him as well – just as she dumped and moved on from the friends she had before she latched onto Chloe as the newest and most interesting thing of the moment.

I don’t want to undervalue Rachel and Chloe’s relationship here (did you catch that bit with the feather after the first bit of blue dye? I nearly died) because it meant the world to Chloe, at least, and it helped her become the woman she needed to be to put an end to the darkness at the heart of Arcadia Bay – with Max’s help. But however Chloe glorified it, the relationship wasn’t perfect: it was always one-sided, and Rachel Amber is not a good person. If fate had not intervened, Rachel Amber was destined to be Chloe’s Big Hurt – the one most of us carry around somewhere in the back of our minds, hopefully teaching us something we can use to ensure our next relationship is healthier and happier.

Whether you lie to Rachel or tell her the truth, Chloe and Rachel go on to become solid BFFs or girlfriends – at least for a while – because that’s what Rachel wants at that time and Chloe is helplessly pulled along in her orbit. As a prequel, the ending choice of Before the Storm could never do anything more than re-contextualise your understanding of that relationship a little, and either way, that relationship was always complex and broken enough that it could weather the additional damage of the dark shadow of such an enormous deception – or the explosion of Rachel’s family, which would have happened sooner or later anyway, because her dad is a massive dickhead and Rachel is … Rachel. 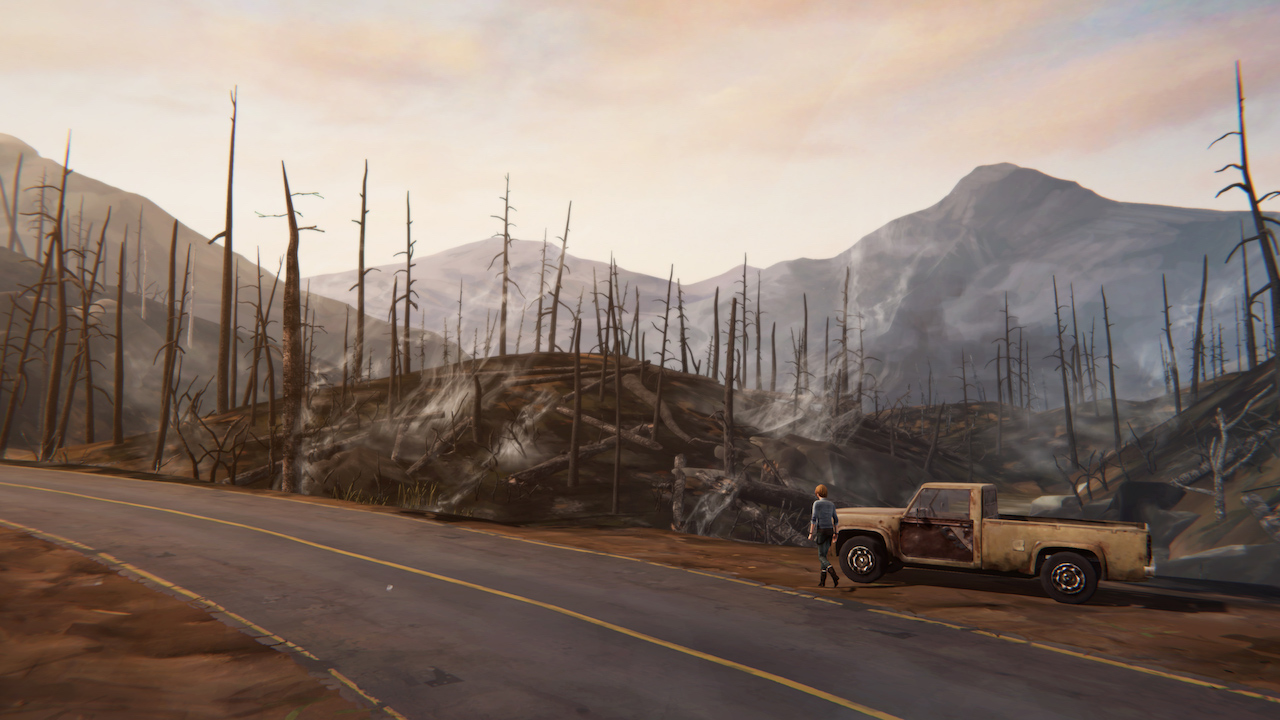 So whatever! Choose whatever you like! The really important bit about Life is Strange is not the charisma of Rachel Amber but the development of Chloe. Rachel is the one you’re supposed to love, but Chloe is the one you do. Getting to know and value Chloe is the point of Before the Storm for me, I think; Before the Storm exists to make the final choice of Life is Strange that much harder, because you know precisely who you’re giving up to save Arcadia Bay.

Additionally: I am increasingly convinced that Arcadia Bay was not worth saving. For this I am partially indebted to No Goblin co-founder Panzer, whose excellent deep reading of Life is Strange grants a whole new perspective on the (obviously rushed) “bad” ending, in which Max chooses to keep Chloe alive and let the town go to hell. In this reading, the bad ending is the true and correct one, in which Max acts as an avatar for a force of nature that seeks to rebalance the evils of Arcadia Bay – not just the twisted undercurrents of abuse and killing, but the mass environmental destruction wreaked by the Prescott family and the historical atrocities committed against the land’s traditional owners. In this interpretation, keeping Chloe alive – good, beautiful, marvellous, funny, wise, caring Chloe – is far and away the “good” choice to make. Pruning the available timelines down to one where greater evil rolls on unchecked cannot be justified. 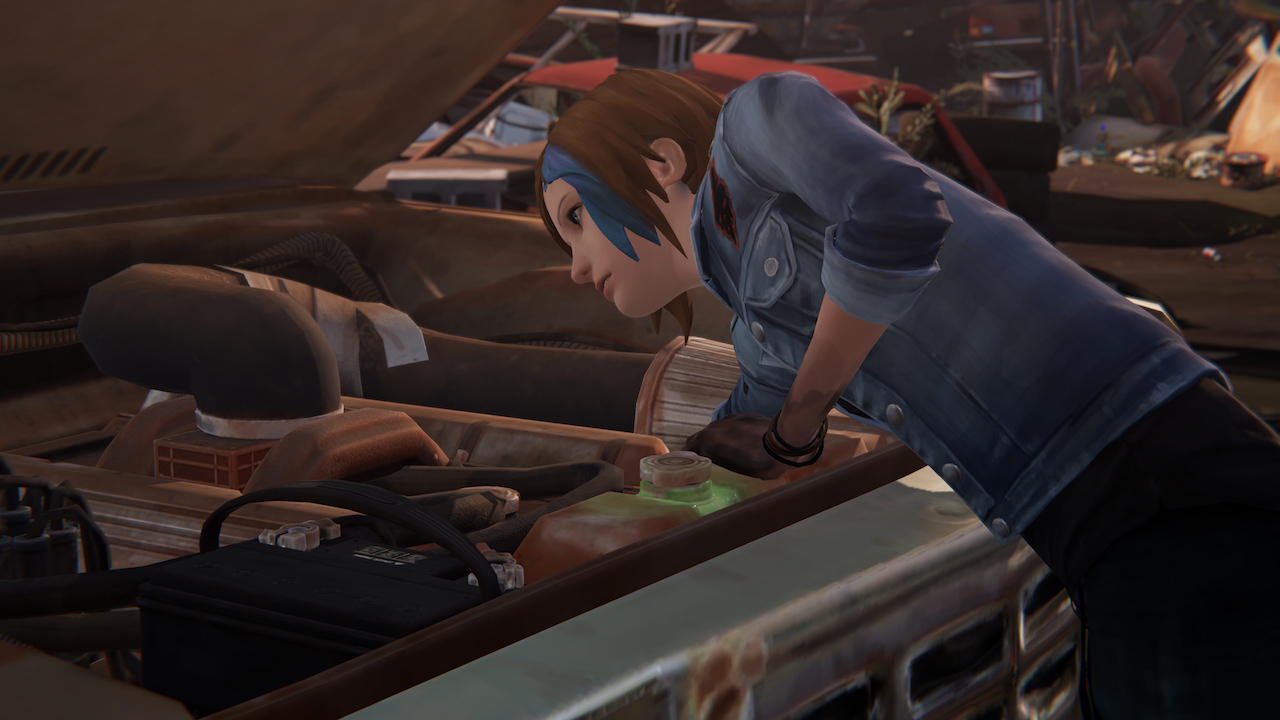 Before the Storm makes a case for Chloe, for young women, and for young (optionally) queer women – for one of several subsets of humanity both real life and its artistic mirrors treat as disposable and stuff in refrigerators for the sake of some other narrative. It sets up the glory days of Rachel and Chloe’s relationship so that you go into Life is Storm already feeling bereft of one such young (optionally) queer woman, who did not deserve her fate regardless of her callous approach to relationships, and then asks you if you care to lose another one.

In so doing, Before the Storm elevates Life is Strange and compensates for some of its failings. Imperfect as it may be, I consider it absolutely essential to a full understanding of Life is Strange – whatever your own personal reading of it may actually be – and the series as a whole to be one of the highlights of my entire gaming life.