Looks like some Destiny 2 players have been on the not-so-fun receiving end of an overpowered trace rifle.

According to plenty of players posting on reddit, the Exotic rifle basically annihilates others in PvP, but works as intended in PvE.

Bungie took to Twitter to address the issue, stating the Prometheus Lens shipped with a bug. This will be addressed tomorrow via the weekly Bungie blog update.

Many players are comparing the Prometheus Lens to the highly overpowered Vex Mythoclast which was nerfed by the studio back in 2014. 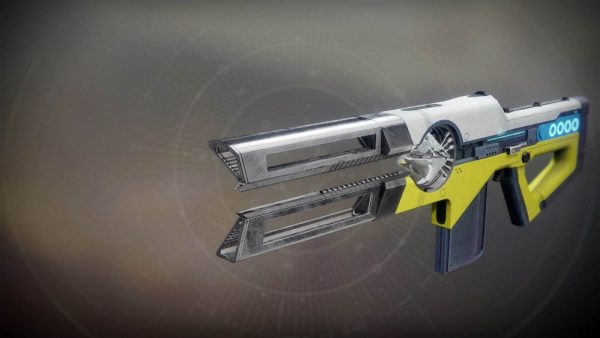 Apparently the fusion rifle is so overpowered, if you “don’t know what Prometheus Lens does to your asshole in PvP, then you are in for a rude awakening.”

If you want to see just how bad the Solar-based weapon treats your sweet can, in Curse of Osiris, here’s a clip from iBLINKtv’s Destiny 2: Curse of Osiris stream. It’s pretty darn funny, sorry to say.

How to get Prometheus Lens

It is wrong to use Prometheus Lens in the Crucible in its current, totally broken state, but you’re all going to want to do it anyway.

The bad news is that there’s no guaranteed way to get Prometheus Lens, like a weapon quest: as with many Destiny 2 Exotic weapons, it’s a random drop in Exotic engrams, which are themselves random drops.

Players seem to have been accumulating Exotic engrams pretty quickly by farming the Heroic Public Event on Mercury, so that’s probably your best bet to get Prometheus Lens.

The Prometheus Lens is the second Exotic trace rifle to be added to Destiny 2 the first being the pre-order bonus Coldheart.

Destiny 2: Curse of Osiris was released yesterday, and with plenty of changes and new things to do in Destiny 2 – Season 2. Also, players have the first Leviathan Raid Lair, Eater of Worlds, to look forward to on December 8.