Shinji Mikami is best known for Resident Evil 4’s action, but his latest has way more going on than that.

The Evil Within 2 has had my attention since that grim, mysterious first showing at E3, but what was shown then didn’t exactly give a full idea of what to expect from the game beyond more action-horror antics. After spending over an hour with the game, I’m now convinced in an entirely new way: it has a lot to offer and goes to great lengths to cover all the various angles of video game horror, and this really helps to differentiate it from most of the other scare-driven games out right now.

The first chunk of The Evil Within that I play is very Resident Evil 4. It’s all relatively linear corridors that creak and groan with dread-filled atmosphere, sudden scares from enemies, satisfying third-person gunplay and eventually, of course, the all-powerful enemy that you simply have to run away from. All this is pretty damn good, but this isn’t the core of what The Evil Within 2 is. 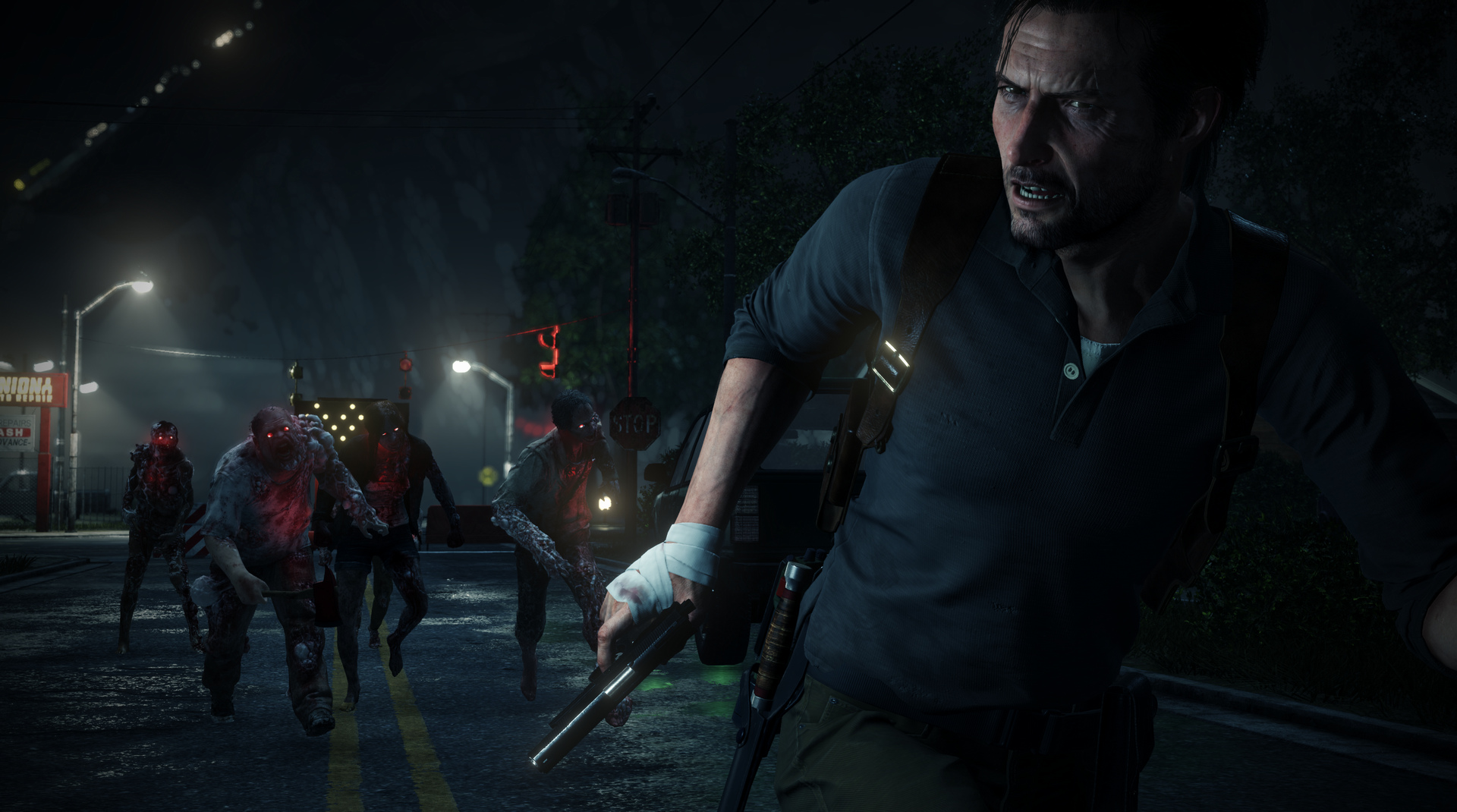 “Every side objective or area you explore has the potential to offer new story information, new gear and such, but exploring also risks consuming your all-important resources. It’s a great balance.”

The second chunk I play is where things begin to look a little different. Suddenly it’s a open-ended mission on quite a large map. There are enemies everywhere, and as well as your basic task to track down a specific point to advance the story there’s a lot else you can do.

Very early on you can pick up a non-essential signal and follow it, clambering up to a rooftop to find dead soldiers. If you take down the enemy still shambling about their corpses you can then loot the soldiers’ gear, finding ammo and other crucial supplies but also a broken sniper rifle. This kicks off a quest to get the parts to repair the rifle, and doing so will grant you full access to that weapon going forward. Alternatively you could just ignore all of this, or pick up the rifle but never get around to finding the parts – it’s open-ended.

It’s an interesting section that brings a few different games to mind. When the enemies are on you it feels like the first Evil Within (and by association, like the more action-based Resident Evil), but in between these encounters there’s something of The Last of Us about it. You’re tossing bottles to distract enemies, sneaking around, and because The Evil Within is big on constraining your ammo you’re often better served running and hiding than standing your ground. That turns this whole section into a high-risk, high-reward gamble – every side objective or area you explore has the potential to offer new story information, new gear and such, but exploring also risks consuming your all-important resources. It’s a great balance.

All of this is supported by the third pillar of The Evil Within 2, of a sort: deliberate sequences designed to mess with your head and creep you out. This is the sort of stuff that Silent Hill was always best at, but what’s on offer here is as good as what that series most often offered.

“This is what survival horror should be, if you ask me – there’s a palpable sense of threat, but also this section is actually book-ended by two proper action set piece encounters that really test your mettle.”

Sometimes it’s just surreal imagery, like a gigantic photographer’s lens in the sky leering down at you, but other times it’s displayed in confusing, winding corridors that shift shape and incredible sound design. Sometimes it’s the unique traits of your enemies, such as the time-breaking shenanigans shown by the antagonist of the area I played. It’s this side of the game that’s showcased in the video we’ve uploaded to our YouTube alongside this piece, mainly because of how cool it felt to experience – it’s worth seeing if you’re on the fence.

This section is seriously brilliant, dense with atmosphere and utterly terrifying if you let it suck you in. This is what survival horror should be, if you ask me – there’s a palpable sense of threat, but also this section is actually book-ended by two proper action set piece encounters that really test your mettle. I actually ran from the first, while I faced down the second, a proper action-driven boss set piece (not in the video ‘cos c’mon, spoilers). 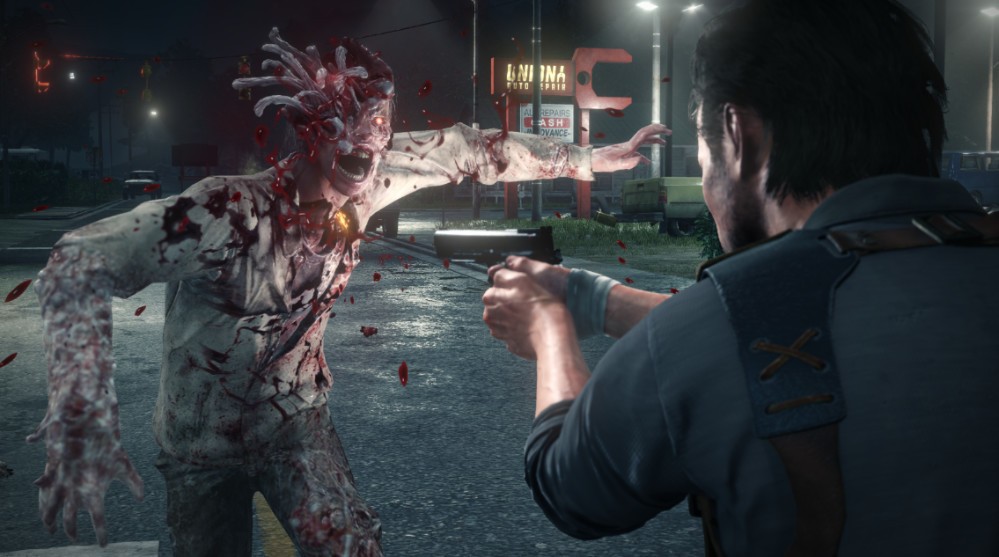 Combat feels great, too: guns handle in a slick fashion, and the game is incredibly good about giving feedback about things like when you’re hidden from enemies, when an enemy is alerted to your presence and so on. There’s a great sense of confidence in a lot of the design, a personal favourite touch of mine being how the distance to your current objective is shown on the screen of your communicator, visible on your belt when it’s holstered. It’s a cool little HUD-free bit of extra information in the finest Dead Space tradition, and I’m into that.

The new additions such as Last of Us style on-the-fly crafting add an extra wrinkle, and there also seems to be plenty of depth in the character upgrade system – a system that will encourage you to engage enemies in order to gather the resources to buy that next elusive upgrade for Sebastian. The choices on offer seem well-poised to give you great choice in how you approach the game, and it was ultimately difficult to tear myself away. If the full game can keep up this quality for its full length, this is going to be a treat.

Between this and Resident Evil 7’s significant tone shift for that series, 2017 looks like a bloody good year to be a fan of horror games. The Evil Within 2 seems like a strong, bold improvement on the original that’s building on its vision and borrowing smartly from others. I’m really excited to play more of it next month.