The success GTA Online continues to have is something Rockstar parent company Take-Two is looking to repeat.

Speaking to Games Industry at E3, CEO Strauss Zelnick admitted that the company’s slate for this calendar year is a bit thin now that Red Dead Redemption 2 has been pushed to next year.

With the game now aiming for a spring 2018 release, it falls firmly in Take-Two’s fiscal year 2019, so Zelnick is feeling a lot better about that year because of it.

The CEO also revealed that what GTA Online is doing has changed the way the publisher looks at Rockstar. He doesn’t outright say it, but it sounds like Red Dead Redemption 2 is going to have a much bigger online component now that the publisher knows how to make it work. 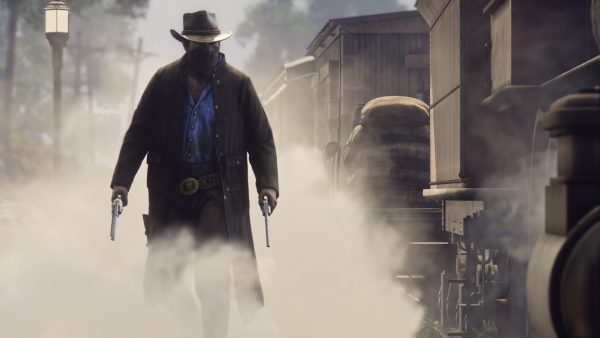 “Obviously we know what Rockstar tends to do. And Rockstar’s activities have been transformed by Grand Theft Auto Online,” he said.

Elsewhere in the interview, Zelnick reiterated that the publisher is sitting on “a huge new title” that’ll also launch in FY2019, which he first teased in the most recent earnings call. The CEO is likely referring to Gearbox’s Borderlands game, though it could be a completely new IP.