The unfiltered chaos that is the Just Cause multiplayer mod, will finally be making its way to Just Cause 3 next week.

Nanos GbR, the team responsible for the mod, has officially set a release date. The Just Cause 3 multiplayer mod will be out on July 20, and anyone can grab it through Steam for free.

The mod has been in development since the launch of the game, but the first big milestone was the release of the beta back in December. If you’re unfamiliar, the mod brings multiplayer to the single-player-only game, but it does so in a way that’s unlike any other multiplayer game. 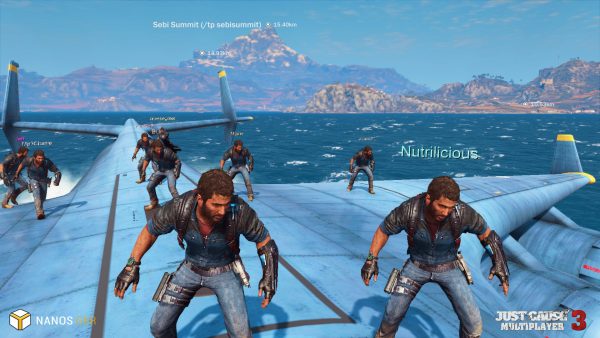 The mod allows a large number of payers to be on the same server, organising activities such as deathmatch, racing, dogfights, or simply free-roaming and getting into trouble with others. This iteration also allows for game mode creation, which is really where the Just Cause 2 mod was at its best.

It’s usually a bit broken, and often unbalanced, but you won’t find the same brand of anarchy anywhere else.

All you need is a copy of the game, and you’re set.