Shooter from Gears of War lead designer comes to console alongside Steam release. 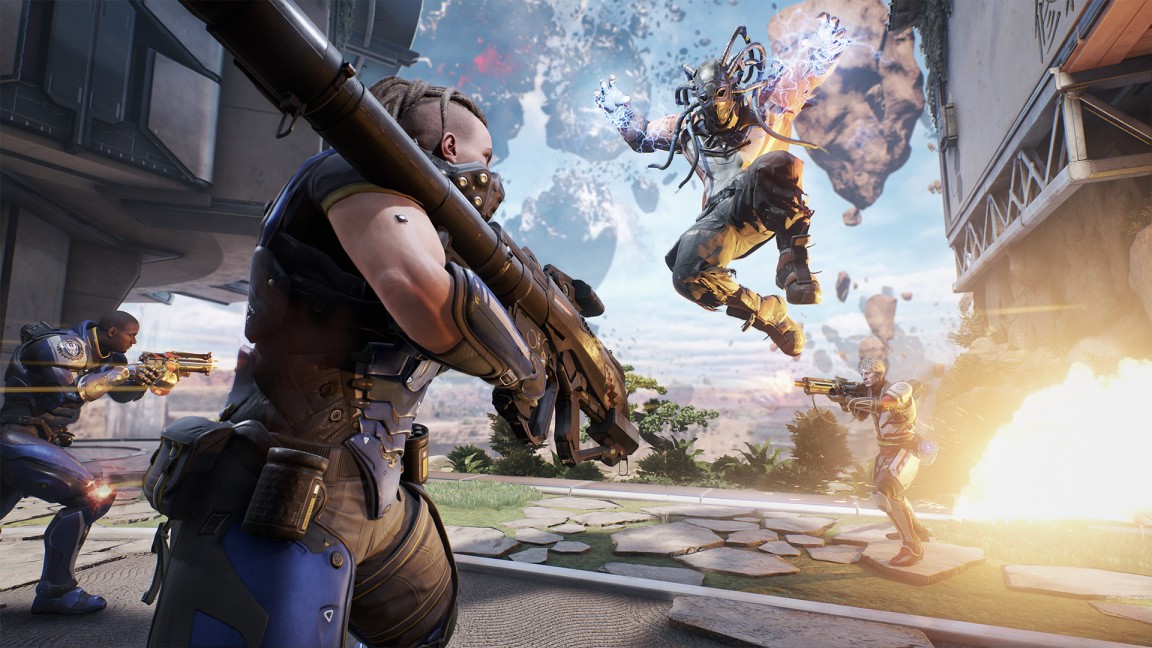 The next game from Gears of War designer Cliffy B will release at the same time as the Steam version later this year. This is no mention of a version of the game for Xbox One.

All future content for the game will be released for free and developer Boss Key promises that there are no “pay to win” mechanics. The game will offer cosmetics for sale that can also be earned in-game.

LawBreakers on PS4 will be shown for the first time at E3 next month, and you can probably expect to see it pop up during the PlayStation livestream.

The arena shooter features four roles for players so far – Enforcer, Assassin, Titan and Vanguard, Juggernaught, Gunslinger, Wraith and Battle Medic. It’s definitely not in the same “bucket” as Overwatch.

LawBreakers was originally going to be a free-to-play game on PC but has dropped that idea and opted for cold, hard cash. A beta for LawBreakers is currently underway on Steam.