Find out more about Missions, one component of Mass Effect: Andromeda’s multiplayer that can also be played in single-player. 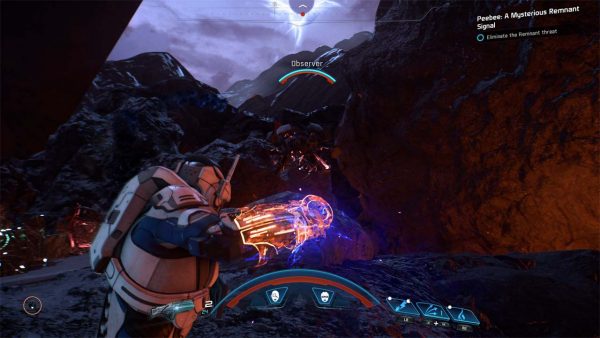 Mass Effect: Andromeda‘s multiplayer mode includes category called Missions. These limited-time activities can be played in either single-player or multiplayer, providing a link between the two.

Missions were touched upon by BioWare previously, but we now have our first look at the selection screen. Thanks to this new image from game producer Fernando Melo, we can see the types of rewards we get from these Missions and what they could look like.

As you can see, Missions give out single-player and multiplayer rewards. Some are timed, and have specific gameplay modifiers.

According to lead designer Ian S. Frazier, you can either send strike teams on these missions to earn single-player rewards, or actually go in yourself with buddies in multiplayer to earn rewards for both single-=player and multiplayer.

Frazier also confirmed that although multiplayer will be available from the get go, Missions mode will be unlocked after reaching a certain point in the story.

Earlier today, BioWare outlined some of what’ll be available in the game’s EA and Origin Access trial, as far as limitations on both single-player multiplayer go.

Mass Effect: Andromeda is out March 21 in North America, and March 23 in Europe for PC, PS4, and Xbox One.