The Humble Overwhelmingly Positive Bundle, as it were. 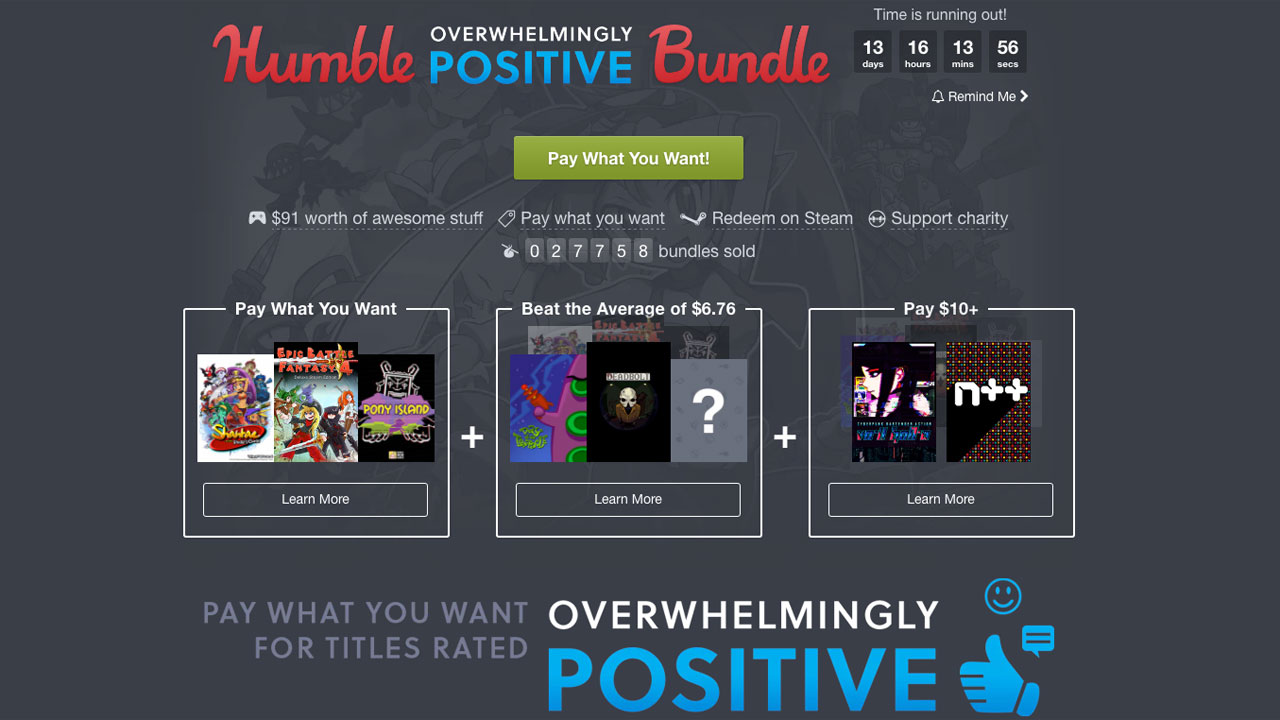 Humble Bundle‘s latest round up of games have no reason to be modest – they’ve all won the distinction of achieving “overwhelmingly positive” ratings from user reviews on Steam.

As you’d expect, that means there’s some terrific stuff in here. Pay what you want over $1 for Wayforward’s retro platformer Shantae and the Pirate’s Curse, Epic Battle Fantasy 4 and the deeply mysterious Pony Island.

Beat the average price, which was $6.76 at time of writing, and you’ll also receive classic LucasArts adventure Day of the Tentacle Remastered and DEADBOLT, which I had to Google and turns out to be a stealth action affair where you play as the Grim reaper. Nice. More games will be added to this tier in a week.

If you cough up $10 or more, you’ll also get VA-11 Hall-A: Cyberpunk Bartender Action, one of 2016’s indie darlings, and N++, the definitive version of a game with so much challenging content you’ll almost certainly never finish it.

Most of these games are available DRM-free as well as on Steam, and a couple offer Linux and Mac ports. As usual, you decide how your payment is split between developers, organisers and charity, with Direct Relief listed as this bundle’s beneficiary, although you can nominate your own preferred fund.