The season pass for the next year of content for Rainbow Six Siege has popped up on digital storefronts. 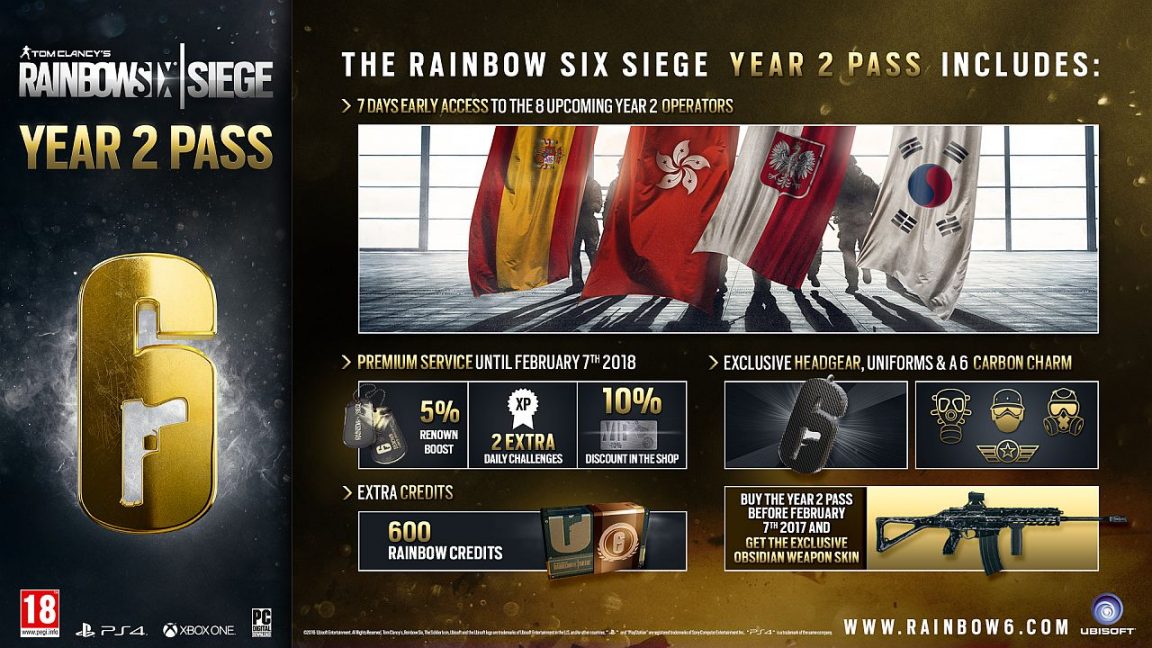 Ubisoft previously confirmed that next year will see the release of a number of add-ons for Rainbow Six Siege. In fact, the publisher said to expect news of the new season of content before the end of this year.

It seems we’re approaching the reveal of season two, as the Year 2 season pass has made its way online on the Xbox and the PlayStation Stores. These listings weren’t announced prior, but they do tell us what to expect from the second season.

The VIP bonus will carry over until February 7, 2018. In addition, if you buy the Year 2 pass before February 7, 2017, you’ll receive the Obsidian weapon skin. If you own the Year 1 season pass and plan to get this one, you’ll also be gifted 600 R6 Credits.

It’s worth noting that the Year 2 pass will replace the current pass. Meaning, the only way to unlock Year 1 operators going forward will be through in-game currency.

You can check it out for yourself from here for Xbox, and here for PS4. Note that the pass has yet to appear on the North American PS Store.

Ubisoft has yet to officially talk about the next season, in terms of themes and release windows.