Humble collected a bunch of acclaimed indie games you may not have heard about, but are totally worth your time, in one bundle. 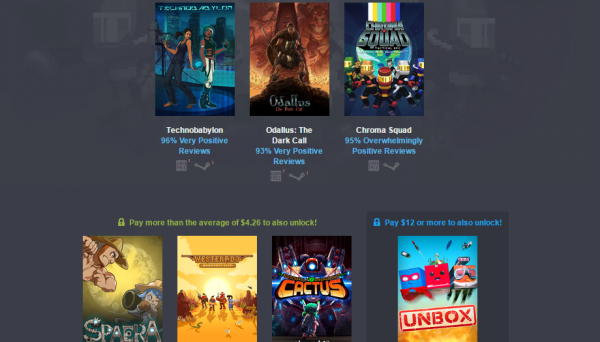 The Humble Gems Bundle is the latest bundle from the retailer. The bundle lives up to its name, in that all included games are well-received indie gems that did not get enough coverage on release.

That said, they’re good games by most accounts, and the site even shows the Steam rating for each one. Fans of dieffernt genres are catered to here, too, which is always good to see.

The Pay What you Want tier gets you Technobabylon, Odallus: The Dark Call, and Chroma Squad. Beating the average, currently at $4.26, gets you Spaera (Early Access), Westerado: Double Barreled, Assault Android Cactus. The highest tier is at $12, and you get everything listed plus Unbox.

You can grab the Gems Bundle from here. It’s available now, and for the next 13 days.