The sequel to Shadow Warrior has been released on Steam and GOG, and the reviews are in for the latest from Flying Wild Hog. 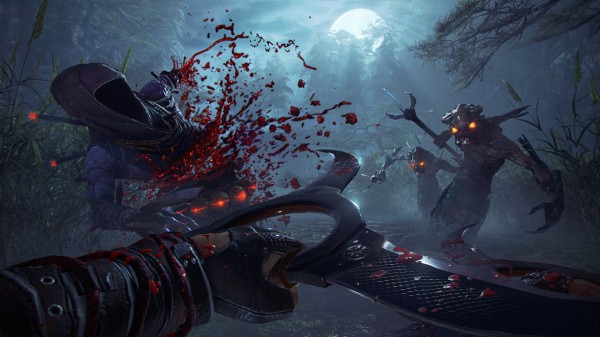 Shadow Warrior 2 is a first-person shooter set five years after the 2013 reboot of the original. Players once again take on the role of Lo Wang who sets out to battle both human enemies and pesky demons.

Players will be able to revisit earlier missions in order to gain more skills which can be upgraded before the start of a mission. Each mission is also randomly generated, except for those which are tied to the events of the story.

There are also over 70 weapons which can be leveled. The more enemies killed, the more the player will level their weapons up, and gems can also be earned which when applied, add buffs to the player’s equipment.

Along with single-player, the game features four-player co-op allowing each person to play as Wang. They will see the others in the co-op session as anonymous ninjas though, because you can’t have four Wangs running around all over the place after all.

As usual, all scores below are based on 10 being the highest unless noted.

As more reviews come in we’ll add to the list.

Shadow Warrior 2 is also coming to PlayStation 4 and Xbox One in early 2017.