The quickest way to get your hands on Future Trunks is to spend big. Tempting. 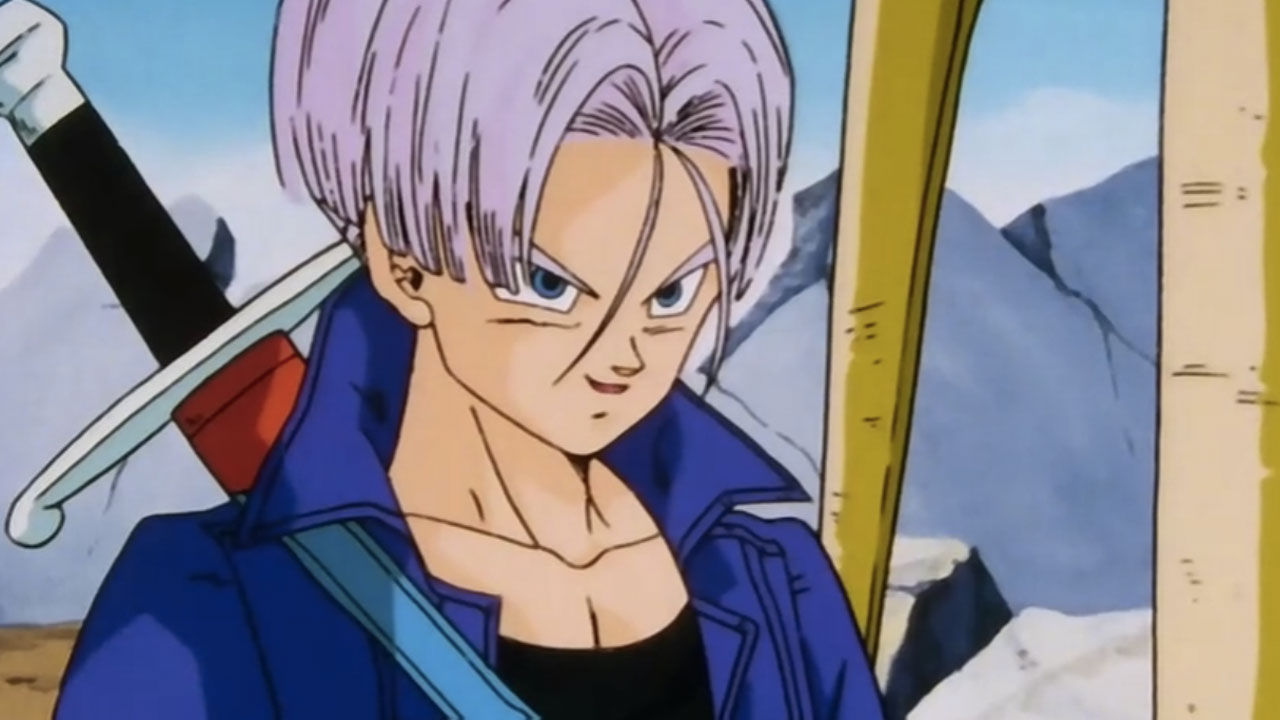 Dragon Ball Xenoverse 2 is a couple of months away, but if you’re thinking about picking it up you might want to start saving now; Bandai Namco has announced a couple of fancy editions.

If you’re the kind to enjoy physical merchandise there’s a Collector’s Edition available for PC, PS4 and Xbox One, but the Deluxe Edition, which is exclusive to PS4, seems to be composed of digital goodies.

Although there’s a variety of bonuses on offer the one I’m interested in is early access to a playable version of Future Trunks. Future Trunks remains my favourite Dragon Ball character even after 15 years of ignoring the franchise completely, because he’s great. He has long blue-ish or purple-ish hair, he carries a sword and his name is “Trunks”; what more could you ask for in a saiyan? Also Vegeta is his dad, and Vegeta as a dad is hilarious. So.

Anyway, full details of both Dragon Ball Xenoverse 2 special editions follow. Neither of them seem to be up on the usual retail channels yet, so we don’t have pricing – and the images provided are mockups rather than indicative of final packaging. Probably best to check with your favourite retailer closer to launch. 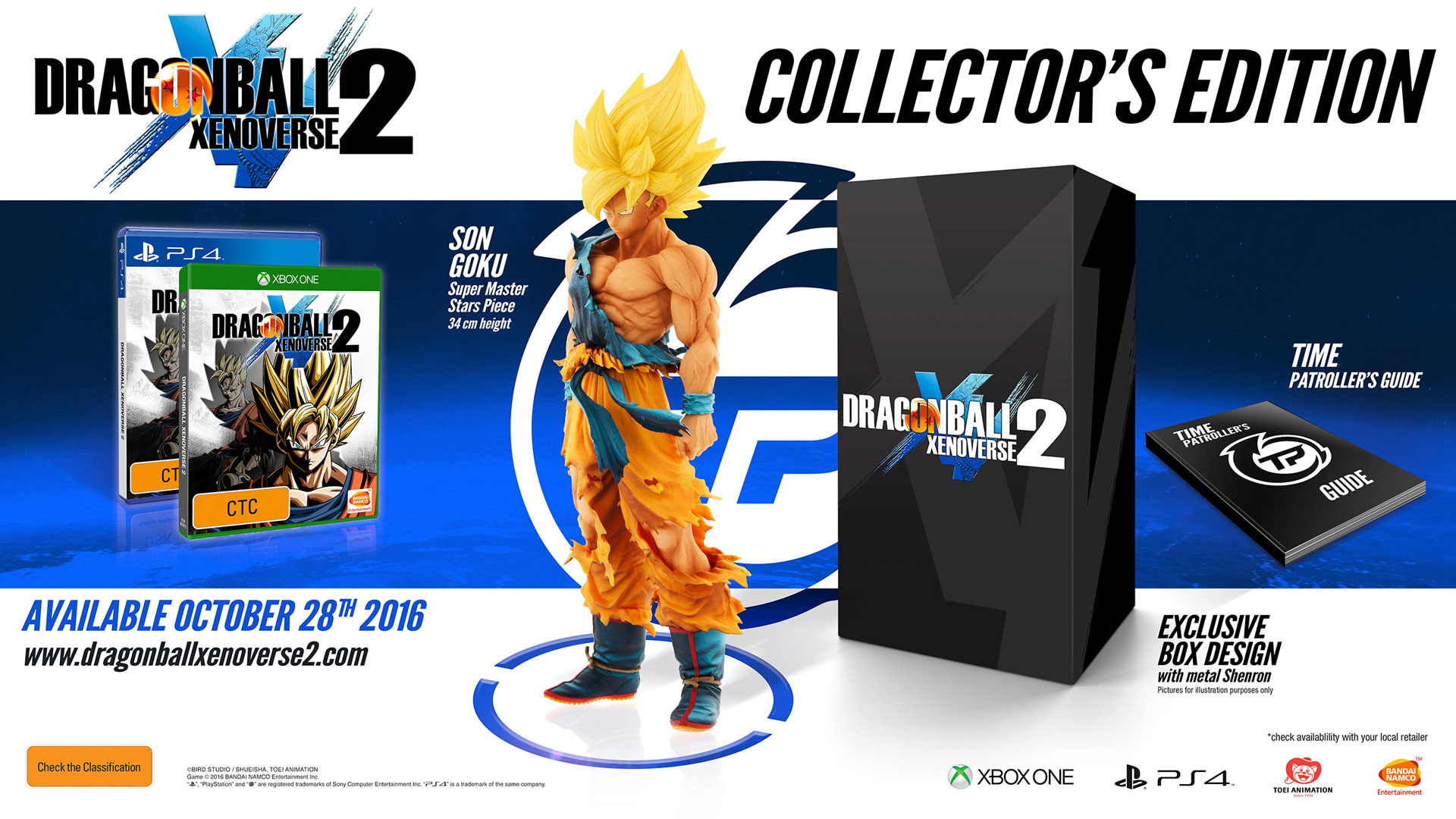 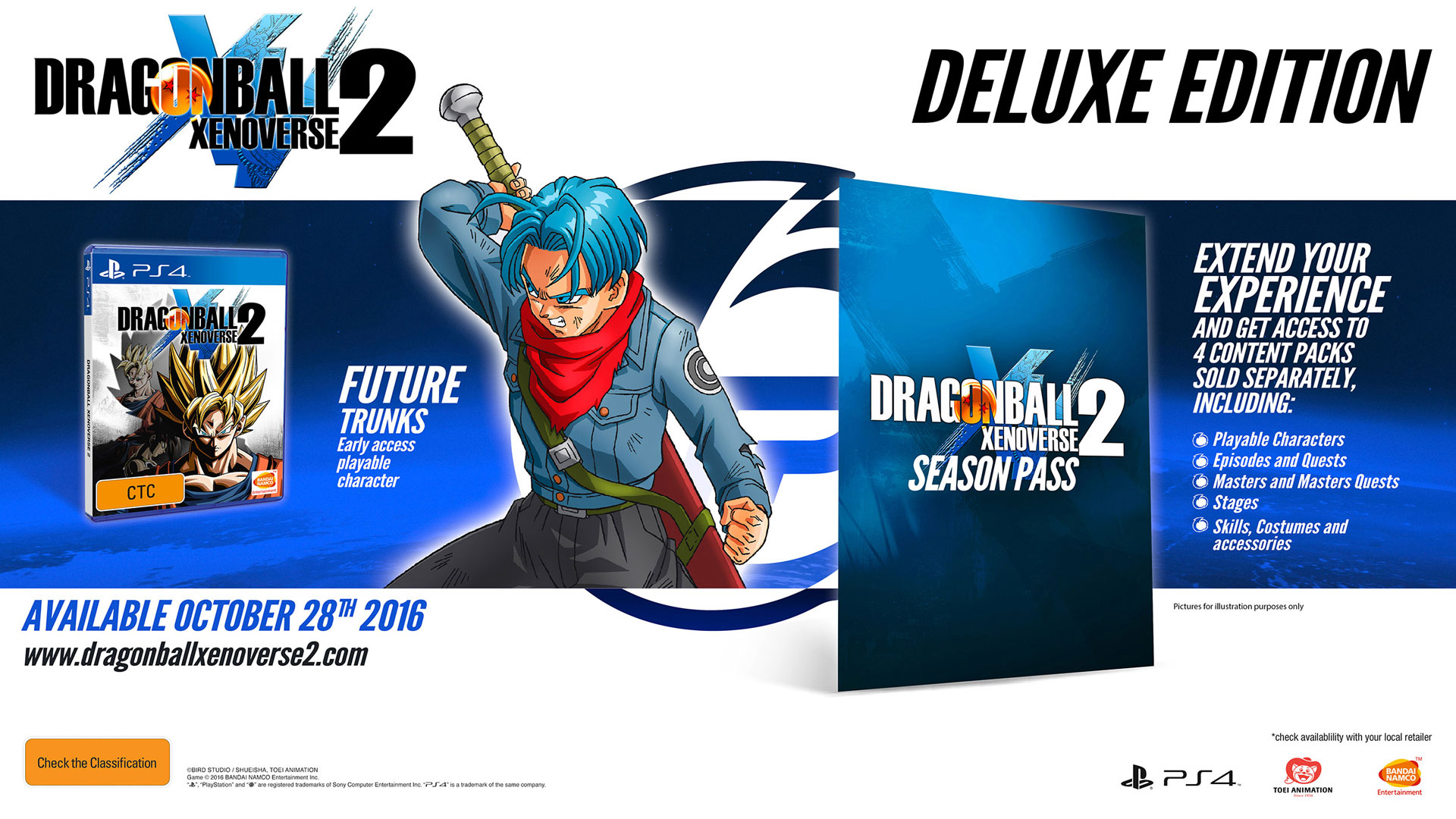 Dragon Ball Xenoverse 2 launches in October for PC, PS4 and Xbox One.