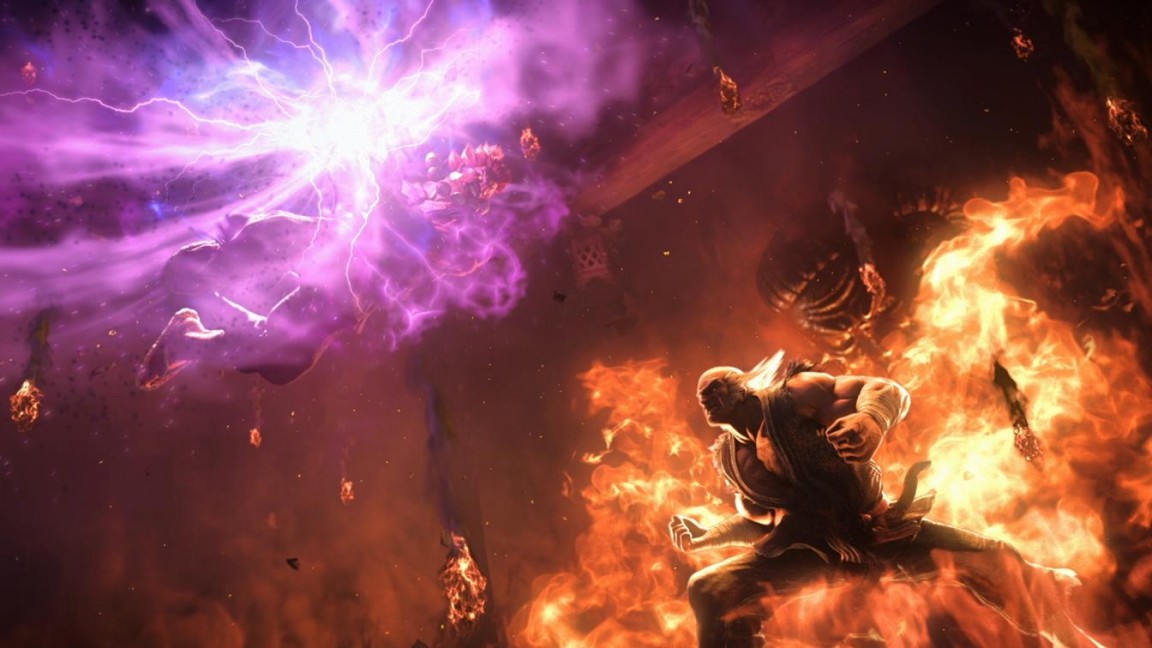 “That’s the best possible thing I can report about Tekken 7: Akuma looks, feels, sounds and moves like the real thing, and his controls have been well adapted to Tekken’s button setup.”

While I’m a little disappointed that Tekken X Street Fighter is on a sort of ‘indefinite hold’ in development purgatory after the stumbling performance of Capcom’s Street Fighter X Tekken, we’ve rather lucked out: excitement for Street Fighter mechanics in the Tekken universe can be easily transferred to Tekken 7 thanks to the addition of Akuma, the evil king of the Ansatsuken branch of martial arts.

Tekken 7 has been around in Japanese arcades for a while now complete with Akuma, but his importance to the game was underlined in Tekken 7’s surprise appearance at Microsoft’s E3 2016 press conference. He’s not just a guest character but a major part of the story, and taking a look at how he appears in the game one gets the impression that perhaps Tekken boss Katsuhiro Harada made the decision that he didn’t want to let the completed concept work on a Street Fighter cross-over go to waste.

The result is Akuma in Tekken 7, and he’s, well, Akuma. I love a bit of Tekken, but my heart really belongs to Street Fighter and so of course he was my first go-to pick in my hands-on. That’s the best possible thing I can report about Tekken 7: Akuma looks, feels, sounds and moves like the real thing, and his controls have been well adapted to Tekken’s button setup. And yet… there’s something off about him. That’s not in a bad way, either. There’s something slightly more sluggish about his movements, and certainly a sense of weight to the impact of his attacks – and that’s the Tekken influence. 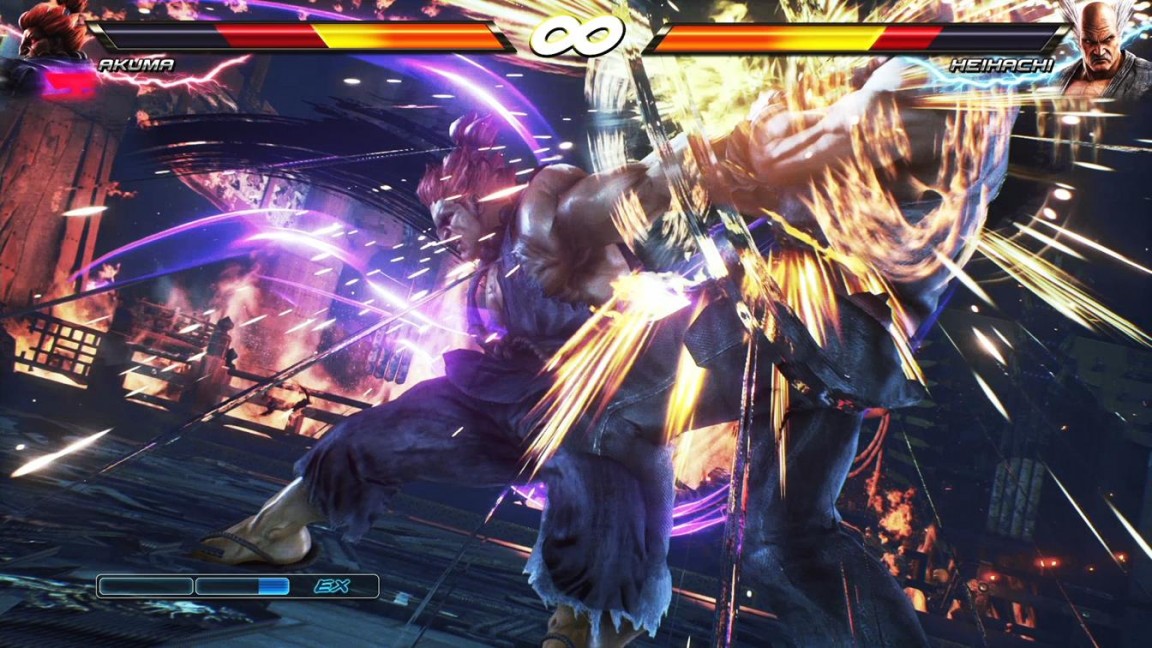 Given Akuma’s status as a deadly slugger, he fits the Tekken universe perfectly. As glimpsed in the Microsoft conference, he’s the focus of the E3 story demo that was available for hands-on, pitting him off against Heihachi Mishima in a brutal-looking fight that seamlessly transitions from story sequences into regular Tekken bouts.

This sort of story presentation is nothing new, of course. Mortal Kombat popularized it with its ninth entry, and Street Fighter launches a similar story mode soon. An advantage that Tekken has is that it feels suited for it. My fondest memories of Tekken games are of over-the-top CG ending movies with characters being tossed into volcanoes and somehow surviving, and though I wasn’t able to glimpse much of the story beyond what everyone will have already seen on Microsoft’s stage I get the strong impression that Tekken’s ludicrous anime-style antics are well suited to a built-in cinematic story mode.

Story only takes you so far in a fighter, of course. Far more important is the versus battling and the character roster. There were already well over 20 characters available in this build including several newcomers I didn’t have time to fully try out, though there’s still some Tekken favourites absent. The roster will continue to expand as the game nears its release, and I’m curious who’ll make it. Where’s Eddy Gordo at? 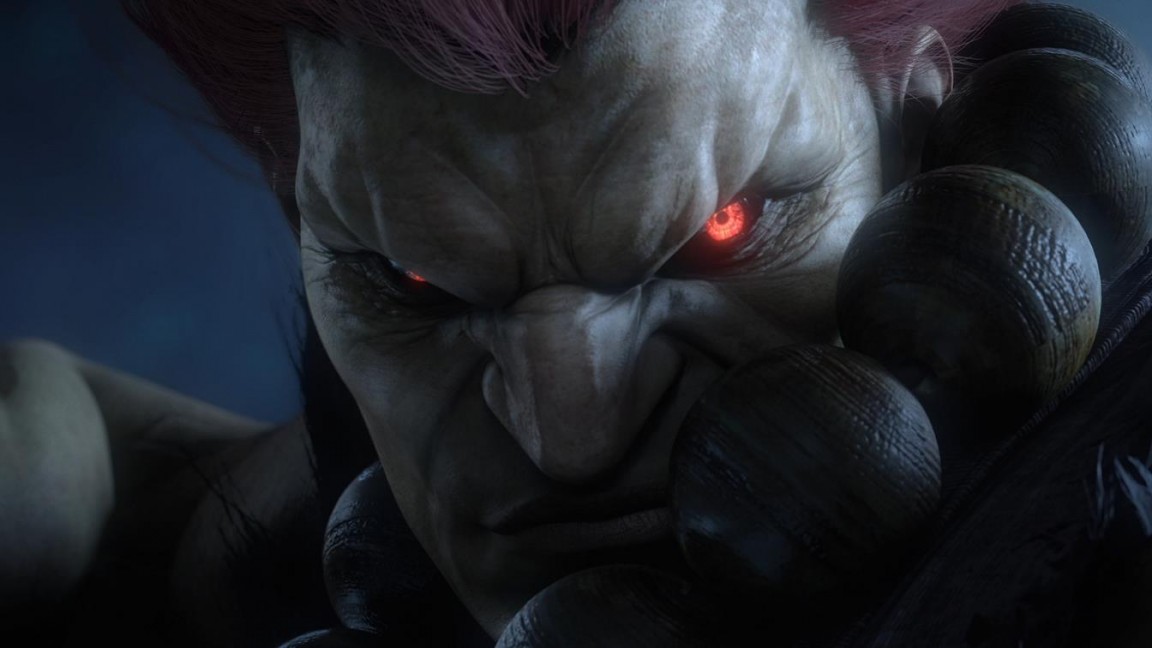 The largest new addition to the world of Tekken in this title seems to also take a page from Street Fighter, and that’s Rage Mode and Rage Arts. Rage Mode is a powered-up mode that activates when a player drops to the last third (or so) of their health. This does exactly what you’d expect. You get a little faster and deal more damage, and though I wasn’t able to confirm I’m imagining it’ll open up some new juggle and combo potential as well. There’s also the Rage Drive. Each character has a different one of these. These are essentially merely powered-up attacks or modes that dish out more damage still and feature unique properties compared to regular moves.

The bigger deal is that when in Rage Mode you can trigger a Rage Art, which is essentially a Street Fighter style super move that in this context can be used to make a decisive play to get back into the game. The lower your health the more your Rage Art will do in return, so it’s smart to try to save it for as late in the fight as possible. If somebody lets off their Rage Art, one way to get out of it is to trigger your Rage Drive and try to make the two meet, cancelling both special attacks out. 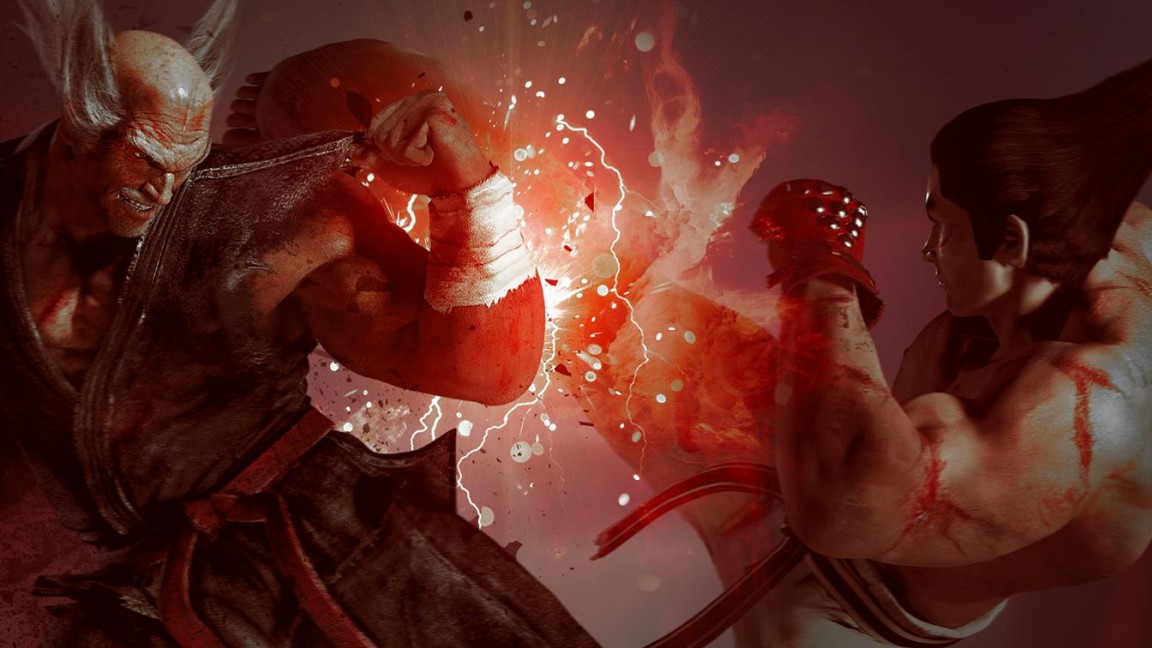 Tekken isn’t Namco’s first brush with dabbling in Street Fighter-style super moves, as Soul Calibur V also added them to a series that’d remained pure of such designs for a long time. It worked well there, and I’m fairly convinced after a bit of time using them that Tekken 7 is a richer game for the addition of these new mechanics; the mechanic of betting the different rage mechanics against each other to protect yourself could lead to some particularly exciting bouts.

To hardcore Tekken fans this is hardly news: the game has been out in Japanese arcades in some form or another since 2015 and has already built up a strong competitive following there, but it’s reassuring to finally get my hands on a home release and see it running well and boasting a strong feature-set. I’m not certain Tekken’s systems are going to ever be for me in a competitive sense, but I’m very much ready for that cinematic story mode.