CD Projekt has released a set of packshots for the Enhanced Edition of The Witcher II on PC and Xbox 360, as well as the Dark Edition for Xbox 360.The Enhanced Edition for PC will include all of the new cut-scenes along with the extra storyline added for the Xbox 360 release. Check them all out below. Both versions are out in April. 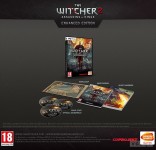 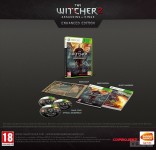