Those in the market for an Xbox One X have a new color to consider.

A new Xbox One X 1TB bundle has been announced and for the first time, the console will be offered in white. It also comes with a copy of Fallout 76.

The Robot White bundle includes a standard Xbox One controller in white along with one month of Xbox Game Pass and Xbox Live.

Interested parties can pre-order the Xbox One X Robot White Special Edition Fallout 76 Bundle from today. It will be released starting November 14. In the US, it will only be available through the Microsoft Store and GameStop ($499.99).

Those outside the US will find the bundle available through participating retailers. Because the console comes with a copy of Fallout 76, customers will also gain access to the game's beta slated for sometime in October. The beta starts first on Xbox One.

An Xbox One Elite Wireless Controller will also be offered separately in white as a Special Edition. It will ship to retailers worldwide starting October 16 and is available for pre-order today for $149.99 or the regional equivalent.

Turtle Beach is also releasing a matching Elite Pro 2 + SuperAmp Pro Performance set of headphones in case you would like to color coordinate. It too is available for pre-order and will run you $249 or the regional equivalent.

It releases September 16 in North America and October 8 in Europe.

A beauty shot of each product is below. 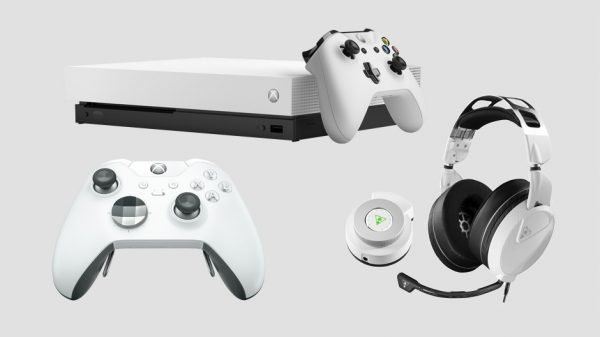