The Creative Assembly's licensed Alien tie-in has been spotted by eagle-eyed gamers. Images of the game have appeared on the studio's Twitter feed, giving a fleeting glimpse of the yet-to-be-announced project.

AvP Galaxy spotted the first image, which appeared on the studio's website. The image can be seen in a now-redacted photo of the team's office. It was originally seen on an employee's PC monitor. The image shows a crash test dummy wearing a t-shirt, complete with a Nostromo logo - the ship from the original movie.

Here it is courtesy of CVG: 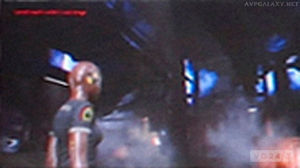 The Creative Assembly has since changed its Twitter background, but once again another image - this time a still from the original movie - seems to have appeared, showing off the ship's cryo-tubes: 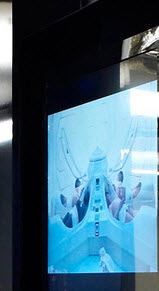 Does this lapse in security mean that a reveal is on the way? With next-gen consoles finally breaking cover and GDC around the corner, something may just happen soon.