Super Smash Bros. Wii U and 3DS are rumoured to be getting Kid Icarus character Palutena as a playable character, according to two off-screen photos posted online. The jury's out on them though, so venture within sceptically.

It follows this new Smash Bros. Wii U screen from Masahiro Sakurai, that suggests some form of single-player mode to replace Subspace Emissary.

GoNintendo posted the below photos online, but did not take them. The site notes that the Palutena model seen hasn't been ripped from any existing Nintendo title, and that he background is also new. However, the Mario sprite does look a little out of place next to her. 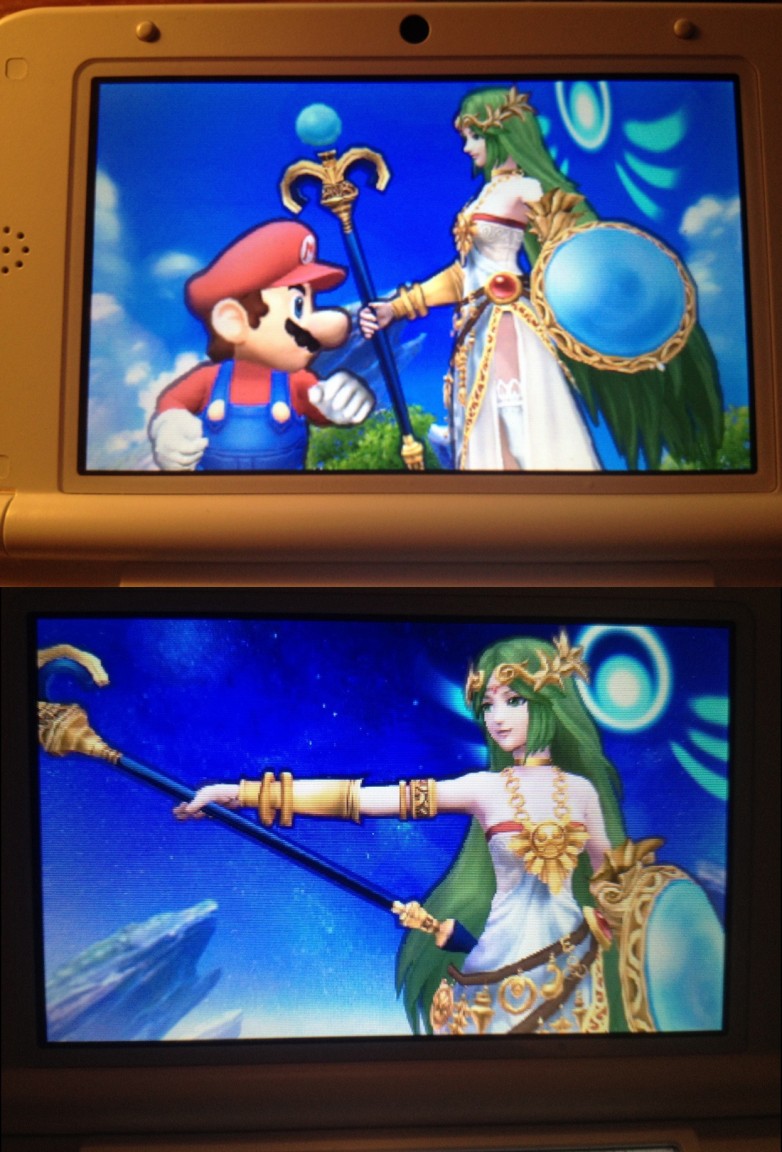 Could we be about to see another character reveal from Sakurai? Let us know what you think below.