Ruiner boils down its reason for existence into two words: KILL BOSS.

There's a cold efficiency to Ruiner's violence where you do or die within seconds. Get it right and you chain death across the screen, hot-swapping dropped guns and quick tapping abilities to give you the slight upperhand. Bodies are left in pools of blood. Fifteen enemies splayed across the screen in as many seconds. Dash, shield, swing, splat. Next.

But get get it wrong and you'll be humiliated, cheeks as crimson as the stains on the floor. Go in with useless skills equipped, or a flamethrower when you really should be using a lead pipe, and you're pavement mush. "That was painful to watch," says the taunting voice coming through your LED helmet. It was, and it was mostly your fault.

"The general rule seems to be if you're not moving you're dying."

Generally though it's a tough but fair fight. Remain focused and there's a pace you can slip into; bursts of violence followed by seconds of recovery, to grab a new weapon or top up health. Pause to change skills and then walk on to the next encounter. Enemies rarely appear without warning, they crawl from beneath cars, out of drains or the game slows down for a few seconds to give you a heads up. Arm-up or get beatdown. Besides, you can always knock the difficulty down if you need to. There's no shame in it. It's not like anyone's going to question your masculinity or judge you for not being a "real gamer". Those guys are assholes.

For all the devastating weapons and power-ups Ruiner lets you have fun with, the ability to dash and avoid pain is just as crucial to survival. Slipping out the way of a shotgun blast to bumrush an enemy with a flaming bat to the face never gets old. Guns are ultimately disposable, like friends. Don't get used to them because they'll run out of ammo soon enough. In this world of pump and dump, the dash is a constant, a reliability. This is the bullet hell aspect of Ruiner, where the threat requires constant movement. Sometimes you will get caught in a dead end, or an enemy or attack will be difficult to see, and that's sometimes the fault of the over-saturated red visuals that swamp the game. But the general rule seems to be if you're not moving you're dying. 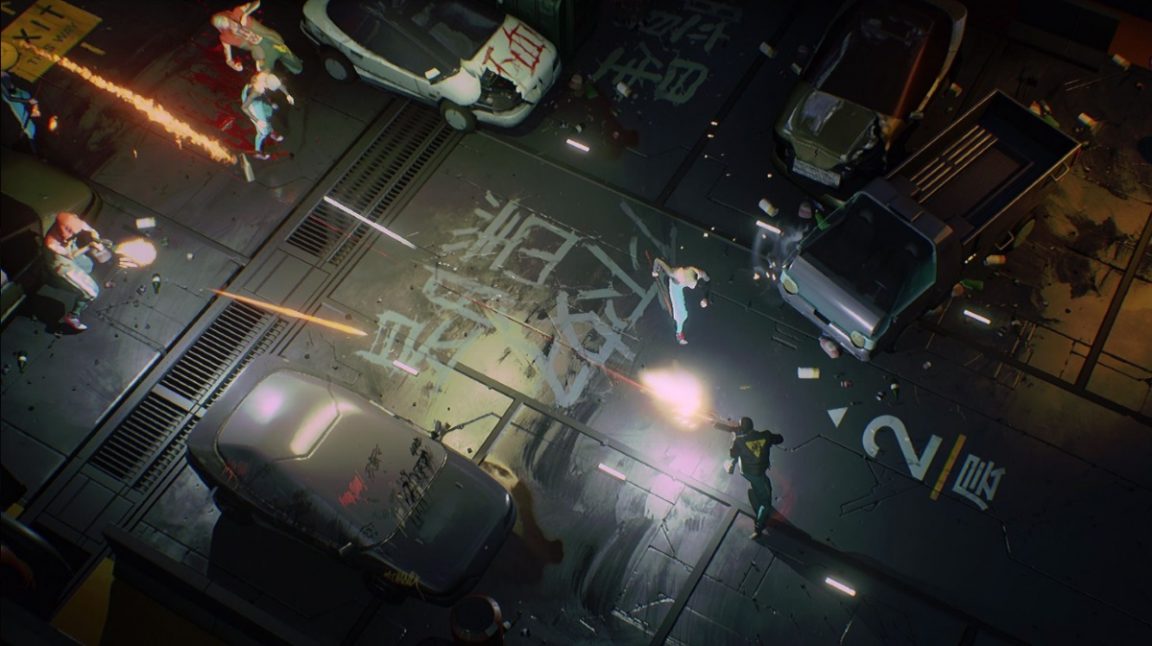 As far as aesthetics go Ruiner could not be more more cyberpunk. The spitting neon, the full-screen interference that flashes intermittently, the stoned punks hanging around the hub world, the dirty streets, bleeping droids and seedy characters are a triumph of art design. That overpowering red glow washes over everything with its darkroom lighting, making it a pleasure to poke around in. Coupled with a crime noir thriller background story (it's never really about the story, nor should it be) of kidnap and revenge, and the random demands to KILL BOSS it's a spectacular achievement. Ruiner is deeply comfortable in its replicant skin.

There's some repetition to Ruiner, but the tension behind this twin-stick shooter never feels tiring. There are enough new snippets of dialogue, alternative skills, weapons, rewards, and new completion ratings to aim for that it keeps you coming back, whether for 10 minute bursts of action or something longer. As difficult as it is at times, it spits enough at you to encourage more play and you'll rarely come up against an unfair brick wall. 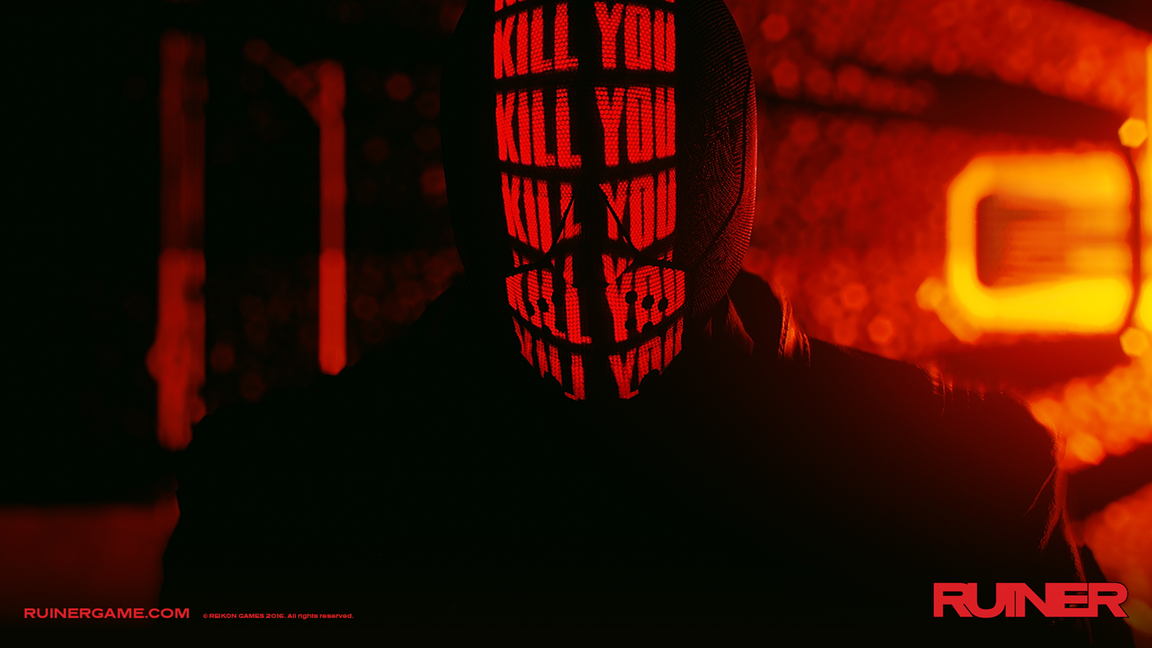 Ruiner is one of my highlights of the year. It's relentless and pulsing, brutal and rewarding. It's hard but accessible, and glorious to look at with a pumping electro synth soundtrack. It's pure cyberpunk, a cesspool world that kicks back at you. You'll finish it with swollen lip and bloodied nose, and you'll thank it for the beating.