Persona 4 Arena publisher Zen-United has dated its battler for Europe, and has sent us an image of a rather tasty pre-order bundle.

In a statement sent to VG247 today, Zen-United dated the game for May 10 for PS3 and Xbox 360 across Europe.

Pre-orders are open now and supporting retailers will be offering a 'Limited Edition' content pack. Here's an image of the spoils: 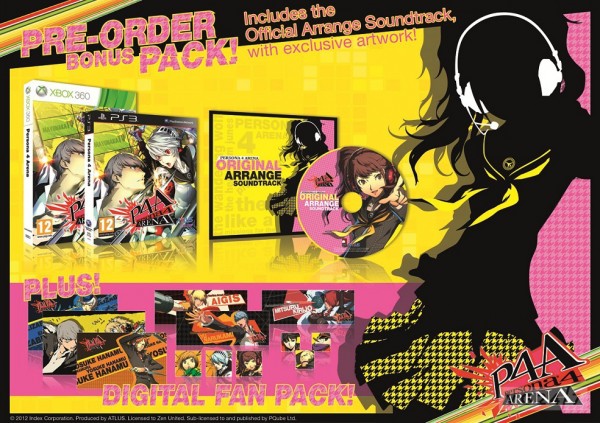 The pack includes an official soundtrack collection, exclusive artwork and a Digital Fan You won't be able to get any of this after launch so if you want it you should pre-order the game while you can.

We'll have more on the brawler as the launch approaches.