Ronimo has announced that over half a million Awesomenauts games have been played on PSN and XBLA combined and a patch and DLC is currently in the works.

The first patch for the game will include "lots of fixes," and a screenshots of the new character was sent over as well. She's posted below.

"After dtp Entertainment (our publisher) filed for insolvency in the week leading up to release, we were incredibly scared that the game wouldn't come out," the firm said in a statement, "Fortunately, dtp is on its way to overcome the obstacles and will continue to do business, and they really wanted to launch the game as well. We quickly came to an agreement that made sure the game could come out and ensured we would still be able to support the game for a long time.

"On that note, we're now working very hard to ready the first patch. Our forums have exploded with new users all discussing the balance, and you can rest assured that we're listening to your feedback. So far the consensus appears that the game is already fairly well balanced, which is great. But of course a game like this is never perfect so we're looking into balance chances right now.

"Everybody's been really nice and supportive towards us and towards newer players. We're expecting to post our first patch notes sometime next week."

Ronimo also said it is aware that a "small number of users,"have users have reported repeated connection errors, and the culprit appears to be the "result of players joining a game with the NAT-settings on their router" set to either Strict or Moderate.

"This is in addition to our game being quite strict in its ping requirements," said the firm. "We're looking into what we can do to resolve both these issues, but resetting your console as well as your router seems to resolve most issues until we can get a patch out."

No word just yet on when the patch will be released or when the first female Awesomenauts will land, but it's all coming soon.

Awesomenauts was released via PSN and XBLA last week. 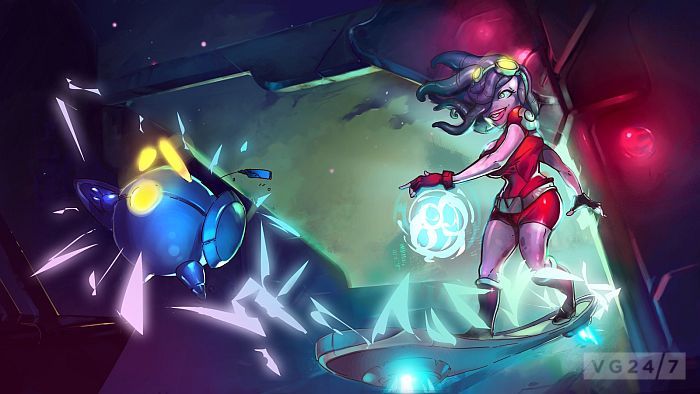