This is some Star Trek bullshit right here. 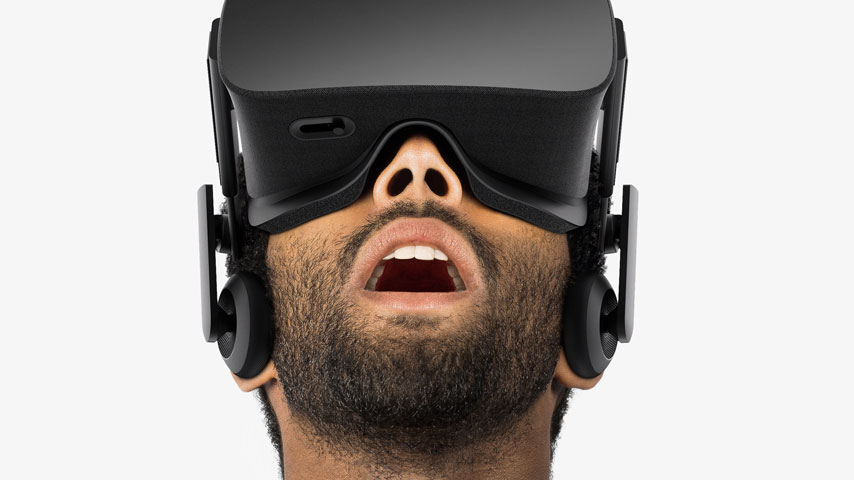 Someone at Oculus has done some very clever engineering in order to take some of the processing burden off the host PC, thereby lowering the VR headset's minimum recommended specs.

As a result, you can now run an Oculus Rift headset from a fairly modest PC - anything with a Nvidia 960, intel i3-6100, or AMD FX4350 or greater - and the new Oculus-ready entry level PC from CyberPowerPC and AMD goes for just $500. This is great news since it costs about $800 for a full Oculus set up with Touch controllers.

Enough reporting of facts! Let's get on with talking about the asynchronous spacewarp tech powering the drop in minimum specs. If I had not read this phrase on Ars Technica as a quote from Oculus's Brendan Iribe I would have thought I was being trolled.

It sounds exactly like soft science fiction blather, which is probably to be expected now that actual genius, literal rocket scientist and suspected space wizard John Carmack is chief technology officer at Oculus. It's probably future tech he extracted through a space-time portal he built absent-mindedly while thinking about his coffee order.

As delightfully ridiculous as "asynchronous spacewarp" sounds, it actually builds on an existing Oculus technology called "asynchronous timewarp", which "eliminates almost all of the 11 percent of frames that would otherwise be dropped in VR)", according to Ars.

Asynchronous Spacewarp itself "allows games to run at an internal 45 frames per second while still providing a smooth 90 frames per second to the headset". Hit the link above to find out how it does this and get a bit more context; any further comment from me is unnecessary.