Obscure's reboot has undergone a name change. The 2D zombie bashing brawler is now called Final Exam, and there's a batch of new screens to go along with the announcement. 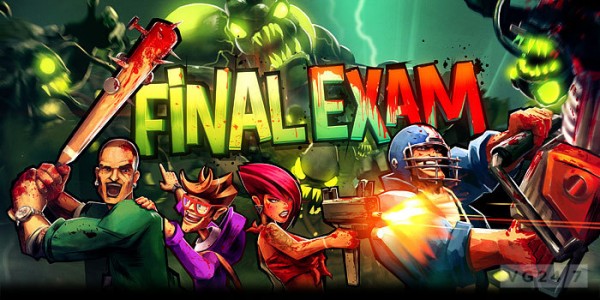 Explaining the name switch in a statement, director at Mighty Rocket Studio's François Potentier said, "When we read the first comments following the announcement of our new game, we understood that our fans expected a different content from a game entitled 'Obscure'.

"We understand fans all the better because we are first and foremost passionate gamers! Thus, even if the game makes a great number of references to Obscure and Obscure 2, we thought it important to rename it.

"At the end of the day, it's a question of honesty and respect to the gamers. 'Final Exam' does befit the game accurately. Final Exam is the first corner stone of our new studio, and we hope this title will enable us to grow, as we have not given up on the idea of developing a real sequel to Obscure."

The game also has a new website, and we've got screens below. What do you think?