Microsoft is hoping to "win developers back" with its ultra powerful Xbox Scorpio, and in turn, consumers. 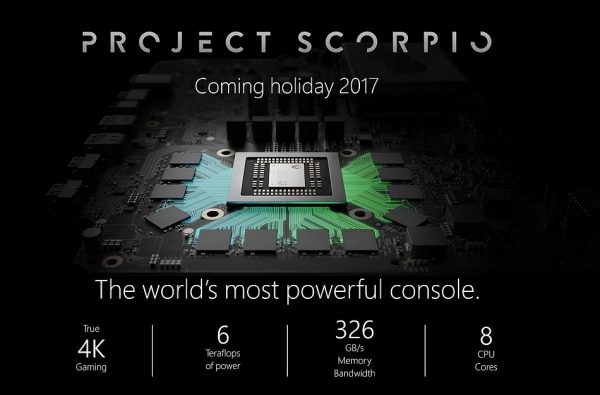 According to Mike Ybarra, corporate VP of Xbox and Windows, the company hopes Xbox Scorpio will help reestablish the relationship it had with developers during the Xbox 360 generation, something it feels to have lost with the current Xbox One console.

"The team looked back at developers and the developer relationship we have," Ybarra told Digital Foundry. "With Xbox 360 we had the absolute best platform for developers, [with Xbox One] we sort of lost that in a two-year time-frame, so we said how do we win the mind-share of those developers back?

"We want the best games running on our box and there are tools, devkits and some arrows like that to win the developers back. So that was a big priority for us as we approached this product."

Digital Foundry notes with PlayStation 4 being "a more powerful console than Xbox One," developers seemed more keen on Sony's offering, and this is a trend Microsoft is "hoping to reverse" with Xbox Scorpio. Going by the specs, the company is determined to bring a console to market that's more powerful than PS4 Pro.

"We have to win the hearts and minds of developers," said Ybarra. "We have to have the right toolset that lets them bring out their games across the whole family of products and let them create the absolute best versions of those games."

In the process, Microsoft also wants to bring customers back to the fold with the latest technology which "provides enough difference to make consumers appreciate and want the device."

"When we see consumers tell us they want the latest technology [and] experience more frequently to our traditional console business that doesn't really align with that, you have to pause, you have to take some pretty big risks," Ybarra said.

A final name for Xbox Scorpio has yet to be announced, but we expect to hear more about the console, and what it will be called during Microsoft's pre-E3 2017 presentation the Sunday before E3 kicks off. We should also hear about pricing, and according to Ybarra, the console is being marketed to the "premium customer" who expect the "absolute best versions of the games."

Therefore, it will likely be more expensive than Sony's upgraded PS4. Digtal Foundry estimates it will run $499, the same price handed to Xbox One at launch. PS4 Pro is $100 cheaper at $399.99/£349 - depending on the retailer. It's slated for release this holiday.

The presentation will take place at the Galen Center in Los Angeles on Sunday, June 11. It will kick off at 2pm PDT/5pm EDT/11pm UK. The firm also plans to host a Fan Fest during the show.