Legends of Runeterra is the latest game in the works from the makers of eSports behemoth League of Legends.

Update: Legends of Runeterra will be playable at EGX this week, October 17-20. 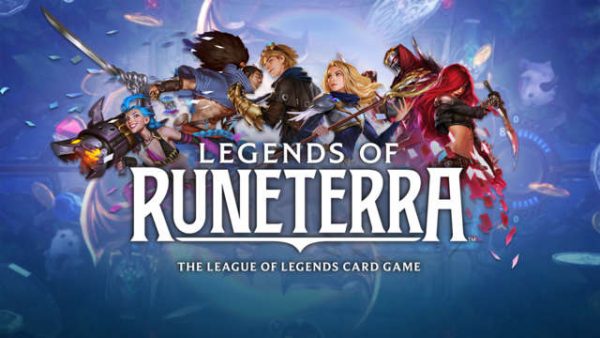 Riot Games announced its newest title late this evening, in development for PC and mobile platforms with plans to release sometime in 2020. The announcement comes on the 10th anniversary of League of Legends.

Legends of Runeterra is described as a free-to-play competitive card game. In a similar vein to Hearthstone, which brought the Warcraft world to the CCG genre, Legends of Runeterra takes place in the League of Legends universe and draws from the MOBA's cast of champions. In its first gameplay video, which you can check out below, we're introduces a few familiar faces including Draven, Garen, Fiora, and Teemo. But not all characters in the game will be known by League players - some will be entirely new.

"[Legends of Runeterra]’s gameplay is built around dynamic, alternating combat that demands players use their skill, creativity, and cleverness to succeed," said Riot Games in a prepared statement. Legends of Runeterra will offer players multiple options to acquire cards, "including both robust free-to-play options and the ability to directly purchase any card with either earned or paid currency," says the developer.

You can now pre-register for the game over on its official website.