The latest playable Rainbow Six Siege operator has been revealed a bit earlier than Ubisoft planned.

It seems that yesterday, Rainbow Six Siege meant to tease a new character using a brief gif on its German Twitter account. Then it went a step further and revealed an entire trailer on Facebook. That video was quickly taken down, but not before we got a good look at the latest operator.

As reported by PCGamesN, Siege's third season will introduce Clash, an officer from the London Metropolitan Police. Described as "an expert on mob behaviour and snatch-squad tactics," Clash carries a shield that unfolds to block her front and unleashes electricity in a forward arc.

There are many details we still don't know: Can Clash move when her shield is deployed, or is she immobile? Is the shield destructible? Right now, all we can do is speculate, but Grim Sky expected to arrive by September, we won't have long to wait. 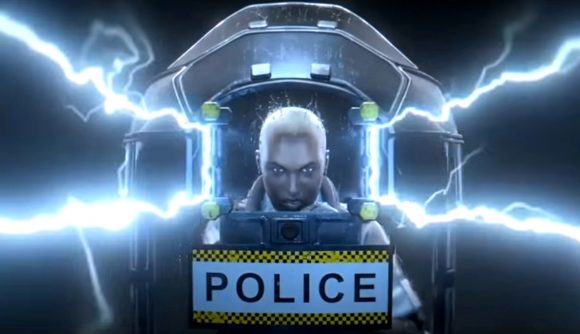 Clash won't be alone however. Grim Sky will also debut an American attacker who specializes in "tactical operations". We can safely assume a trailer for his character is on the way as well.