We may have our first look at promo art for Destiny 2.

Leaked Destiny 2 posters and artwork have popped up online, revealing a September 8 release date. The poster said to have leaked from GameStop Italy, was posted on NeoGAF.

It mentions the release date at the top, as well as confirm a beta will take place in June. The full sentence is cut off, but it probably refers to the beta as a pre-order bonus. Either that or pre-ordering gets you early access to the beta, first on PlayStation 4. 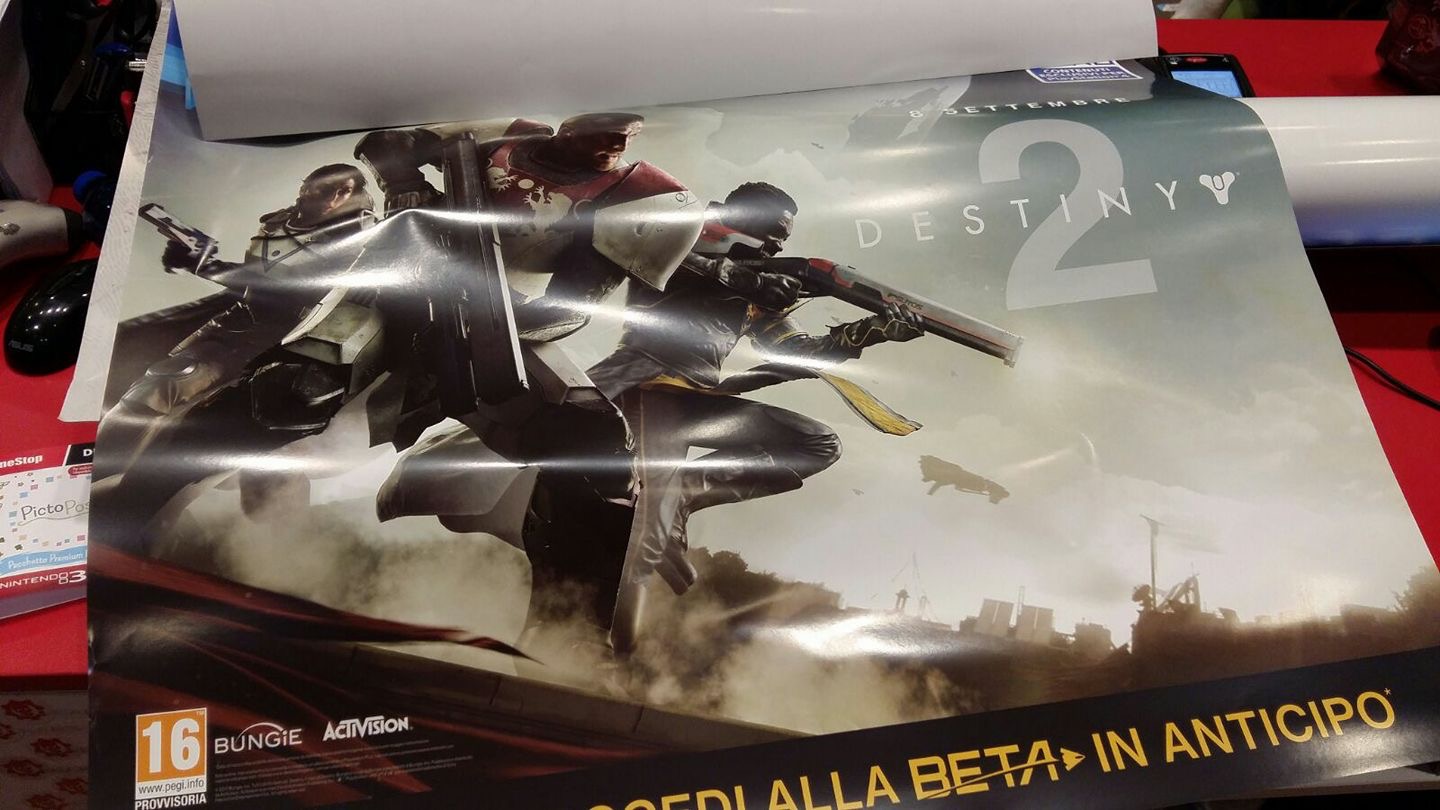 Since then, Italian website League Network posted two other posters, sporting the same artwork. They're watermarked, so we won't include them here, but you can hit the link to see them.

Sadly, other than offer a different angle, they don't reveal much else. That said, it's worth pointing out that the poster header carries the same PlayStation blue accent seen around game covers whose publisher has a marketing deal with Sony. This was the case for the original Destiny and its expansions, and looks like it will continue with the sequel.

Of course, until Activision or Bungie confirms any of this, keep it filed away as "possibly" being legit. Arekkz gives you a rundown on the possible legitimacy of the poster, and some of the clues within the image.

Bungie recently said that the next game will be such a big leap forward most of what you gathered in the three years of Destiny will not carry forward.

Destiny 2 has long be rumoured to be built on a new engine, with a PC version reportedly also in the works.

At the time, some reports predicted the game would miss its usual September slot. At least for the time being, this appears to not be true.