PS4 releases next week in the US, ending a generation of where innovation fought traditions and, according to Patrick Garratt, one game above all managed to be new.

To look back on the software in the current generation is to review a significant period of one's life. When I think of the launches of Xbox 360, PlayStation 3 and Wii, I'm forced to revisit places and people from many years ago, and to search my memories for the games which mattered both to myself and the people I matured alongside is sometimes painful. The five titles below are a mix of those I consider to be the most important releases on the current hardware both on a personal and industry level. They're nebulous criteria, but I don't care. There they are.

I played Heavy Rain the year we emigrated to France, sat on a pine bed in a subterranean room in Corréze, my wife, Fiona, perched alongside. Gears of War was a Christmas game when we still live in the UK; I remember killing General Raam on the hardest setting with Bertie from Eurogamer screaming in my ear. BioShock was one of the first action games Fiona took notice of thanks to its aesthetic. My daughter, Meredith, had just turned one. Were the games happening around my marriage and career or vice versa? I doubt it matters.

All of our lives have seen many changes since 2005, and our games have transformed alongside us. My top pick, Minecraft, is representative of the violent shifts in both my personal experience and the video gaming which will apparently track it forever more than any other. My past eight years are forever interwoven with some of the most powerful software ever made. I may not work in games for the rest of my life, but what's done is done. I'm entering the middle years and I've been playing games since my age was a single digit. I have no intention of stopping. I have no regrets. 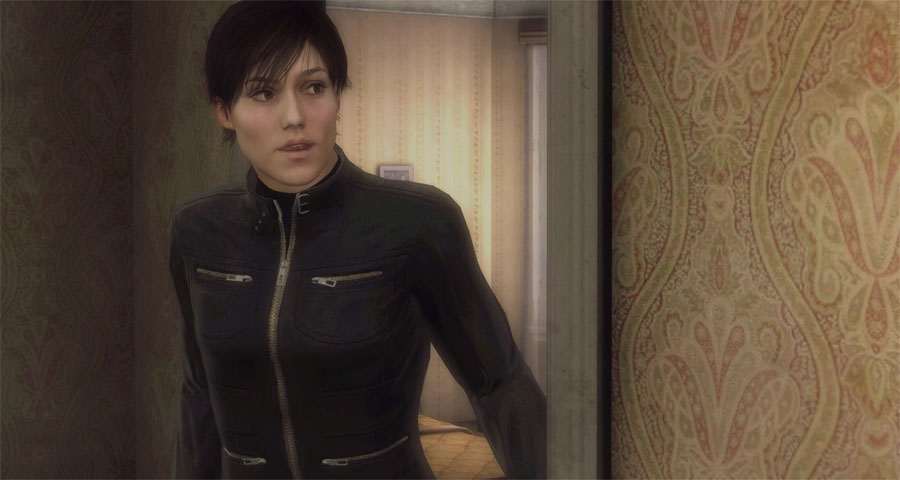 Heavy Rain was, is, a game like no other. Whatever criticism you hurl at it merely bounces off its giant tower of ambition. I was transfixed by Cage’s grand experiment, and it still stands for me as PlayStation 3’s most important risk, one I suspect will be seen as so far head of its time its clock was spinning backwards. Heavy Rain defined Sony in the PS3 era as a company willing to back some French loony on his quest for “emotion” with many millions of euros, resulting in a hugely violent serial killer thriller in which you stood up and sat down in a baffling controller dance, shouted Jason in a shopping mall, and flirted with the risk of seeing what is assuredly the darkest ending of any video game. Like, ever. Fail everything and see what happens. Seriously, it’s fucking black. Unforgettable, and easily a stand-out game of the last generation for me. 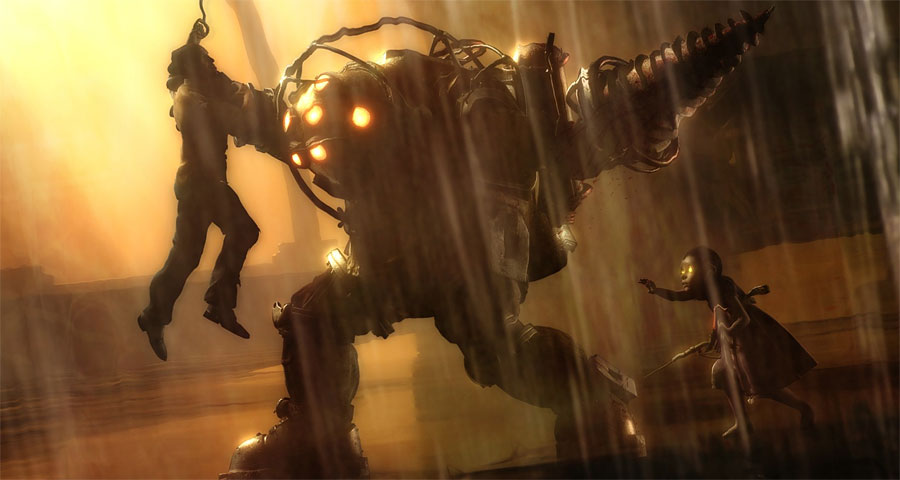 BioShock is a classic video game for many reasons, and indisputably one of the greatest achievements of the last generation (or any other, for that matter). Levine shrink-wrapped stylization over the steampunk dream, drank one too many plasmids and spent a dozen hours reeling across the screen, leaving many shooter fans confused and millions more in Rapture. The Big Daddy stands, in my opinion, as the most recognizable icon from the last hardware round, and both the tragic stomper and his baby sister are indelibly etched on video gaming’s history book. The final boss was like something someone in the basement knocked up over lunch, but who cares? BioShock’s my only FPS pick for this list. It was a toss-up between this and Far Cry 3, but ultimately there’s little contest. If you have a console you should have played this game. 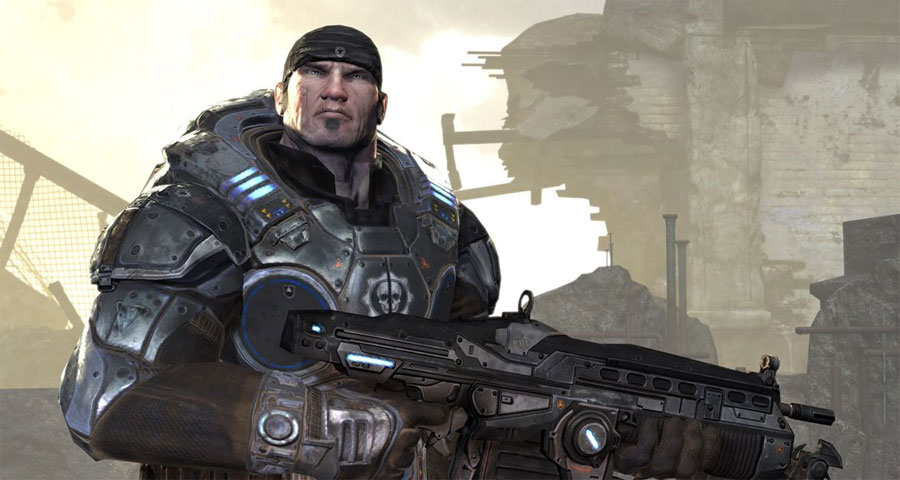 The “right” choice for this pick would probably be Uncharted 2, but it never appealed to me in the same way as Epic’s stupid chunk. Gears of War was broken, and had a terrible end boss, but it’ll always be a special game to me. It reminds me of people I used to know better, of getting together on Live to giggle when Marcus said “shit”. It’s such a fantastic co-op game, and was one of the first to fully realize Microsoft’s Live dream.

Video games are stupid. Gears of War’s really stupid. The whole thing was this enormous bundle of stupidity, and I fell for it to the degree that I completed the entire trilogy. I’ve never done that with a series before or since. I played through the third one alone, and it was probably the worst episode for me specifically because of that, but the first game was endless co-op. I think I finished it three or four times with various people. The first Gears of War was special because it introduced playing with friends on Xbox to me and many others. It’s important because of that. 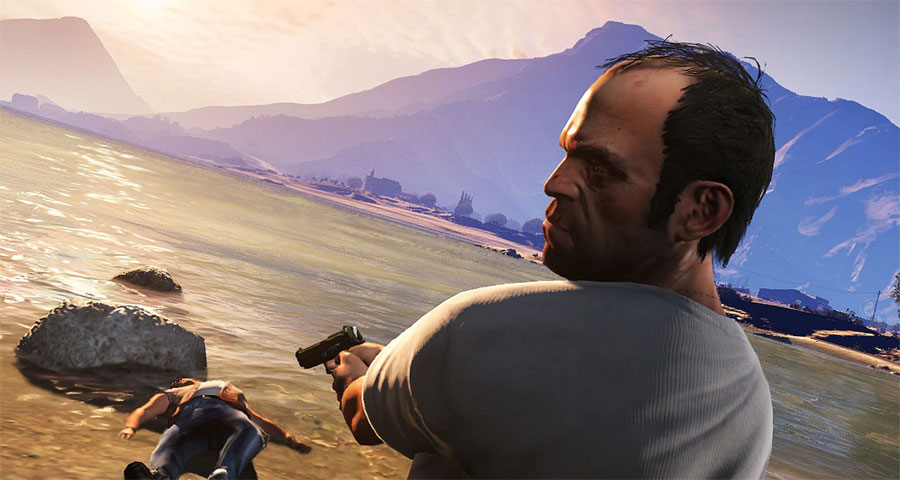 It may seem obvious; it’s really obvious, in fact, but I don’t see how it’s possible to compile this list without including GTA 5. I am not a GTA fan. I couldn't stand the fourth one, what with its sailor controls and shocking checkpointing, but it was valuable as a lay-over towards GTA 5’s final destination. GTA 5 is exciting. It isn’t broken (offline, at least). Its technology is practically unbelievable. It has a story which makes you laugh out loud. It’s the most puerile, ridiculous game I've ever played, and is without question the greatest technical achievement of this hardware round. Not everyone can get off on using a crane to place containers on a truck, but you should at least be able to appreciate it. 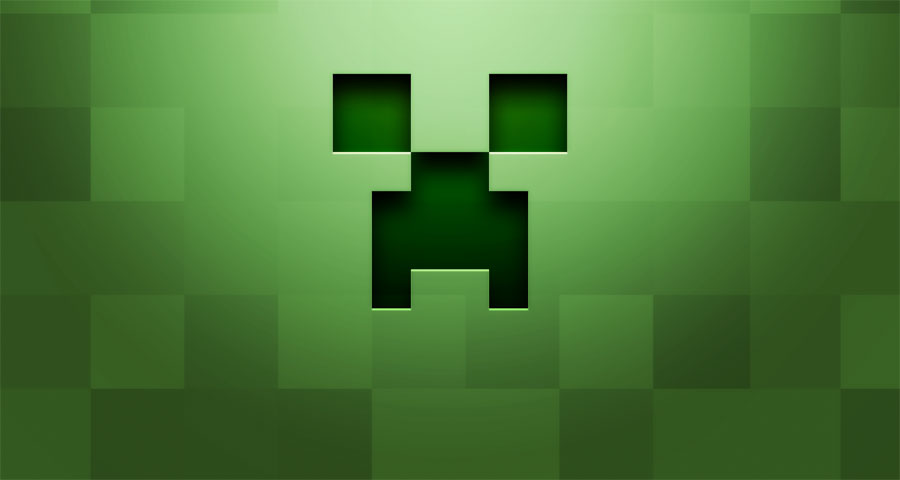 I blithely ignored Minecraft as hipster bullshit until I shrugged, installed it “for work” and lost a month digging holes. It was the game indie had been waiting for, the explosive success which proved there was a large audience for cheap, self-published, boutique video games which never went near a disc (oh, the irony). It was new. People were buying an alpha!

Aside from Minecraft being a classic design in its own right, it symbolized the re-rise of a viable market for bedroom coding and the splintering of small-scale development from the mainstream. It was made, initially at least, by one man. Today's PC scene is indebted to this game. Others tried with varying degrees of success to capture the notion of user-creation, but nothing, on any platform, has ever done so more successfully than Minecraft.

Few games can be called a “phenomenon,” but Minecraft's escape from triple-A into lava caves and cobblestone gave rise to MineCon, multi-plat releases and all the Lego sets, vinyls and plushies anyone could stand. Angry Birds is probably the only other game in the last generation to tap into the public consciousness in the same way.

I can still remember my first castle (lost to a save bug) and I still build stone houses with my boys in “Magical World” on my 360. Minecraft certainly is the blue-sky nonsense I always knew it was, but its plot-aversion and block modeling found themselves in the right place at the right time and altered “game” forever. Minecraft defined this generation. Do any of you actually not own it?

Interested in which games Dave, Stephany, and Brenna picked? Hit up the links to find out. Sam's Top 5 will be revealed tomorrow.