When the Morrowind expansion for The Elder Scrolls Online was announced, Zenimax Online revealed the various skus available along with pre-order bonuses. Today, the studio provided a closer look at these cool pre-order bonuses. 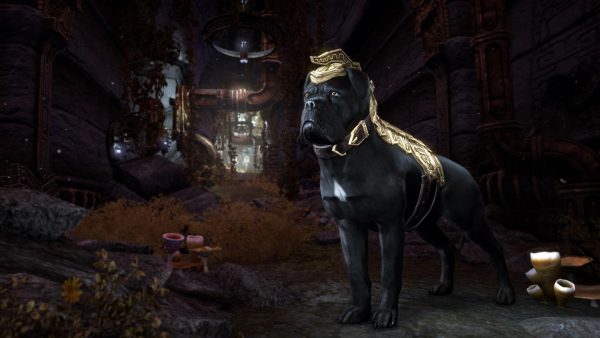 Call me biased, but the coolest thing included in The Elder Scrolls Online: Morrowind pre-order bonus pack is that Dwarven War Dog pet.

Sure, the Warden Costume is cool, the treasure maps will come in handy, and the Dwarven Crown Crate is a rather fun mystery box of goodies. But that War Dog. He looks like an uncropped Cane Corso, which are awesome dogs. Again - biased here because I love dogs.

If you are a PlayStation 4 user, you will also get another pet when pre-ordering digitally: a Frisky Scrib.

Dog excitement aside, here's a recap of everything you get when you pre-order the Morrowind expansion.

You can still pre-order the expansion and start playing it right away, if you choose the digital upgrade or Physical Collector’s Edition.

Otherwise, you'll have to wait until June 11 when it releases for PC, PS4 and Xbox One.