Everyone is practising social distancing these days – if you’re not, you should be – and that means the internet is awash with tips on avoiding loneliness, as well as a thousand TikToks and celebrities singing John Lennon’s Imagine. This has gotten me thinking (imagining, if you will), about a lonelier time in my life, and how the Asari helped me to overcome it.

I’m transgender, and while I know that feels like forced diversity, it’s just the hand I was dealt. God is an SJW, I guess. I didn’t know this when I was growing up though, I just knew that I felt a little bit… odd. Video games were a big distraction from these feelings, and none more so than Mass Effect. 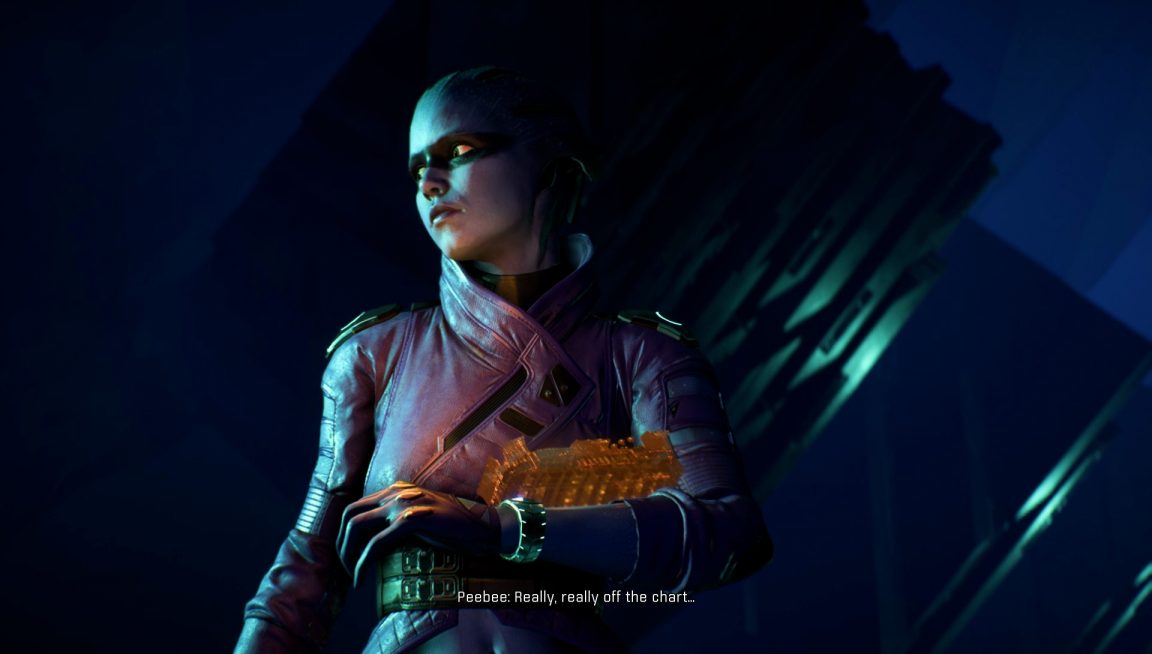 “As Mass Effect moved away from a flat, fetishistic portrayal of the Asari, more trans icons came to prominence. For Laverne Cox, there was Aria T’Loak. For Juno Dawson, there was Samara.”

I’ve played the trilogy almost a dozen times, and all but once as FemShep, with the sole purpose of my male playthrough to romance Jack. The Asari have always been the race I’ve felt the most connection with, for a few reasons. I like to pride myself on my intelligence, probably to a fault, so I felt an affinity with the blue aliens in that regard from the start. There’s also the fact they’re all feminine, and the fact Liara T’Soni offers what is essentially a lesbian playthrough with FemShep. There will not be another bunch of polygons I’ll ever be willing to take a bullet for more than I would for Liara T’Soni.

These are all surface level, however. Reflecting back on the Asari, it’s clear to me that the reason I connected with them so deeply was because the way I met them was almost identical to the way I met trans people. The Asari are, and always have been, my people.

This is true both of Liara and of the Asari as a whole. Taking Liara first, we initially meet her when she’s young, naive, enthusiastic and with something to prove. She surprises even herself, expands her achievements way beyond her potential and carves out an identity amongst all of the noise of her ancestry. Squint a little and you can see a trans narrative in there, but you have to really squint. Still, with a lack of role models I felt I could relate to, I was prepared to squint. With the Asari as a race though, there’s a lot more pieces which fit together; I love Liara, but I don’t necessarily see myself in her.

When it comes to the Asari, it feels much more personal. Looking back on the journey the game takes the Asari on – or at least, our view of the Asari – it becomes obvious why I was so drawn to them, and how they were so effective in making me a little bit less lonely.

If I asked you who the first trans woman you heard of was, you’d likely say Caitlyn Jenner. You’d be lying. Like me, the first trans woman you knew was probably a porn star. You might not have bothered learning their name, but the first trans woman you knew was likely Bailey Jay or Sarina Valentina. Likewise, while Liara is a central character and the game does place an Asari on the council and highlight their intelligence, the portrayal of the Asari is highly fetishised. There’s even a wink-wink-nudge-nudge highly sought after Asari escort on the Citadel. As a race made up of entirely female, entirely beautiful aliens, fetishisation is a natural extension. In a similar fashion, if you tried to find information on the transgender community in the late ‘00s, early ‘10s, fetishisation was handed to you on a platter.

For reasons unknown to me at the time, I had felt drawn to the Asari as soon as I met them. As the trilogy progressed, they evolved far beyond this initial fetishisation. The concubine character was written out, Matriarch Benezia and her Benezia bazongas was no more, and Liara’s doe-eyed, schoolgirl naivety hardened into something steelier. It was problematic, to say the least, for me to feel a connection with transgender pornstars. It’s nothing against sex workers, but I harboured no money shot ambitions, and it was difficult to only know role models in a highly sexualised space. But as the Asari gained more agency and prominence, as Mass Effect moved away from a flat, fetishistic portrayal of the Asari, more trans icons came to prominence. For Laverne Cox, there was Aria T’Loak. For Juno Dawson, there was Samara.

During these days of self isolation, I’ll likely revisit the Mass Effect trilogy once more. The Asari will welcome me in again, and I’ll remember how these were the first group of women to accept me as I was. We might have some long days ahead, folks. Be kind to each other. Call your grandparents. I hope you find your Asari.