Hell Let Loose is a WW2 shooter outside the usual mould, focused on platoons and supply lines. It was successfully Kickstarted back in 2017, and now it’s pushing into new territory – Steam Early Access.

This game doesn’t make you a commando, but a “cog in the machine” of 50 v 50 combined arms warfare. That means acting as part of a unit, or joining the crew of a tank.

The maps of Hell Let Loose are based on reconnaissance images and satellite data. And crucially, they’re divided into large sectors, covering fields, bridges, forests and towns. When a sector is captured, it’ll generate resources, forming part of the game’s overarching strategy.

Early user reviews are mixed, but the price is reasonable at £24.99, and there’s a full year of Early Access updates planned. 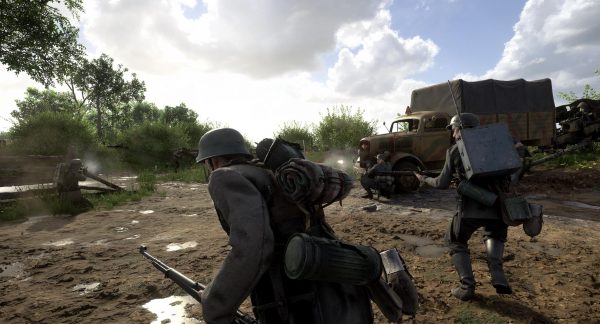 “While the increasing size and scope of Hell Let Loose may in future alter the price, players who join us during the Early Access period will have access to the full version of the game, regardless of the amount of new content added,” developer Black Matter says.

Elsewhere in historical shooters, EA says it’s “not making any political statements” about the events of WW2 in Battlefield 5.