Treyarch has announced the next operation for Black Ops 4, rolling out tomorrow on PS4, with new modes, weapons, maps, and Spectre Specialist.

It follows in the footsteps of February’s Operation Grand Heist, and will see the return of the Spectre Specialist, first introduced in Black Ops 3.

The Wetworks map update will see Blackout’s map get flooded, and the trailer shows players zipping across the terrain in rafts.

New multplayer maps include Artifact in the southern region of Iceland, Masquerade in Rajshahi, Bangladesh, and the return of Black Ops 1’s WMD map set on Mount Yamantau, Russia.

Upcoming content for the operation has been detailed in a roadmap on Treyarch’s blog, and players can look forward to “new game modes for Multiplayer and Blackout, new Gauntlets for Zombies, new weapons, Equipment, map updates, and more.” 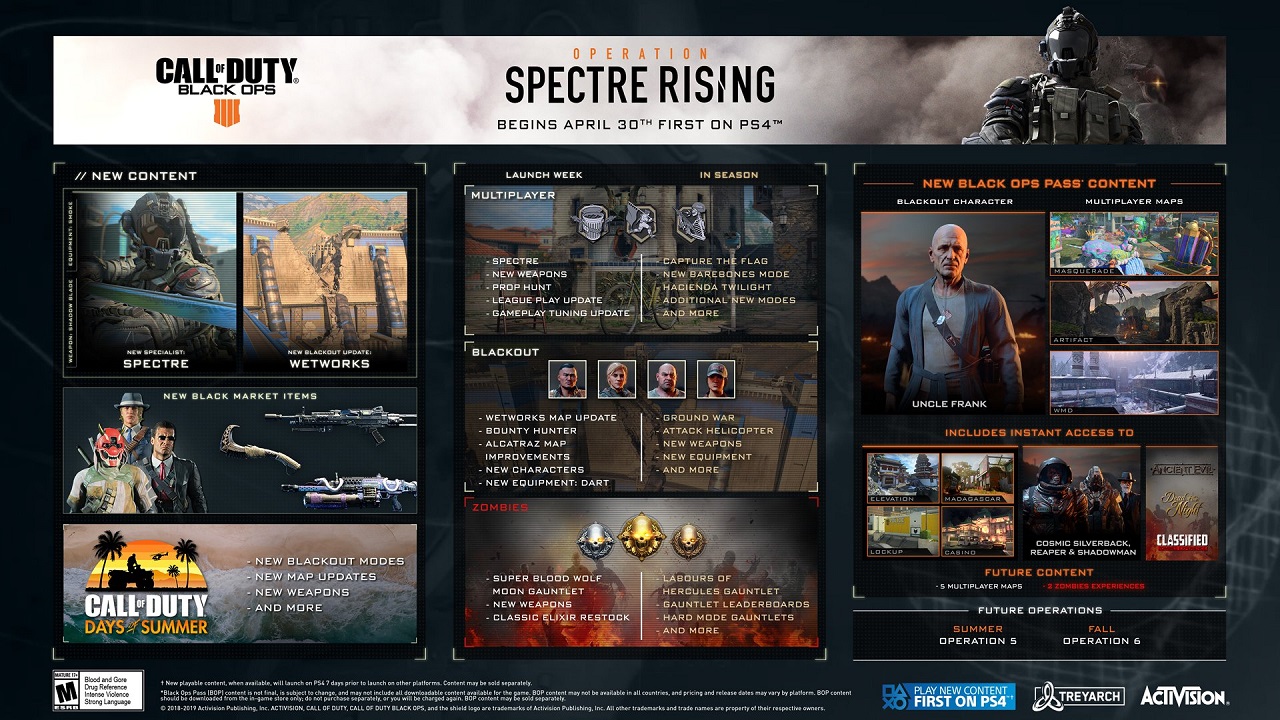 You can check out a breakdown of some of the updates expected throughout the operation below. The Xbox One and PC release is usually one week after the PS4 launch, so expect it to drop on these platforms on May 7.