The new PC port of Catherine is pretty bare bones, but this cult classic story is pretty hard to resist at 4K with a slick unlocked frame rate.

Sega just dropped a surprise release of cult classic Catherine for PC in the form of the new ‘Catherine Classic’ package – not to be confused with the currently yet to be released Catherine: Full Body, which is sort of a Director’s Cut of the game. Catherine Classic is instead a straight port of the game that launched on PlayStation 3 and Xbox 360 several years ago, the story of hapless twenty-something Vincent, who ends up trapped in a deadly love triangle between his long-term partner Katherine and the mysterious Catherine.

If you don’t know much about Catherine, I’m almost reluctant to explain. This is a game that has its madness better experienced, but here’s the short pitch: Catherine is a puzzle game that sees you desperately completing time-limited puzzles in protagonist Vincent’s nightmares – and if he dies in the dream, he dies in real life. Meanwhile, anime and real-time cutscenes take you through a winding story with player choice, where your decisions impact Vincent’s karma and ultimately the game’s ending. It’s weird but generally good stuff.

We hopped into the port quickly to see what to expect. Sega’s boasts work out just fine: the game runs at up to 4K resolutions, features an unlocked frame rate (or is easy to lock at 60 even on weedier hardware) and also features some pretty decent default keyboard and mouse controls, in part because Catherine is a relatively simple puzzle game, making controls easy. Here’s a look at Vincent’s gormless dreaming face running in 4K (with plenty more below): 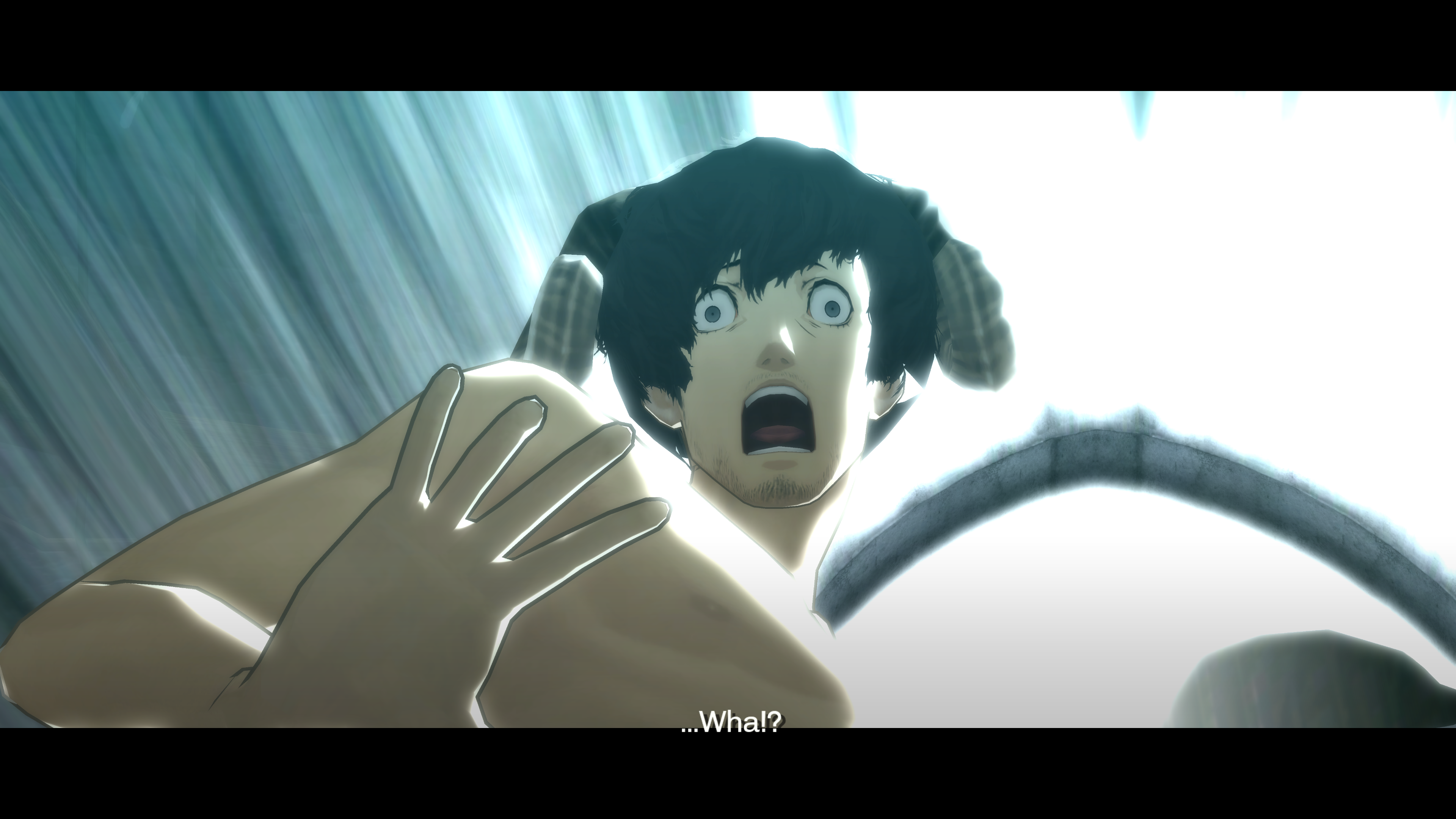 In terms of the rest of the port, it’s all pretty competent stuff. Catherine Classic supports up to 4K, as you can see above, and it looks pretty lovely and crisp. The art style of the game, which mimics the anime story sequences that are actually traditionally animated, lends itself well to this sort of high resolution. As mentioned earlier you can either unlock the frame rate fully or let it cruise at 60, and at this point even more modest gaming setups should be able to make the game run at a solid 60 pretty easily.

Further video options let you change V-Sync, Depth of Field, Bloom, Blur and Anti-Aliasing, but this is also one of the more bare-bones style console ports – there’s little else to talk about besides this. It’s basic but solid stuff.

Also included – and perhaps most notable to hardcore fans – is both English language and Japanese language dubs. I always thought the translation of Catherine was a pretty great one anyway – a charming cast putting in often disarmingly funny performances that make the wild, crazy world of the game come to life – but if you’re the type who much prefers the original Japanese or bust, that’s an option for you here. 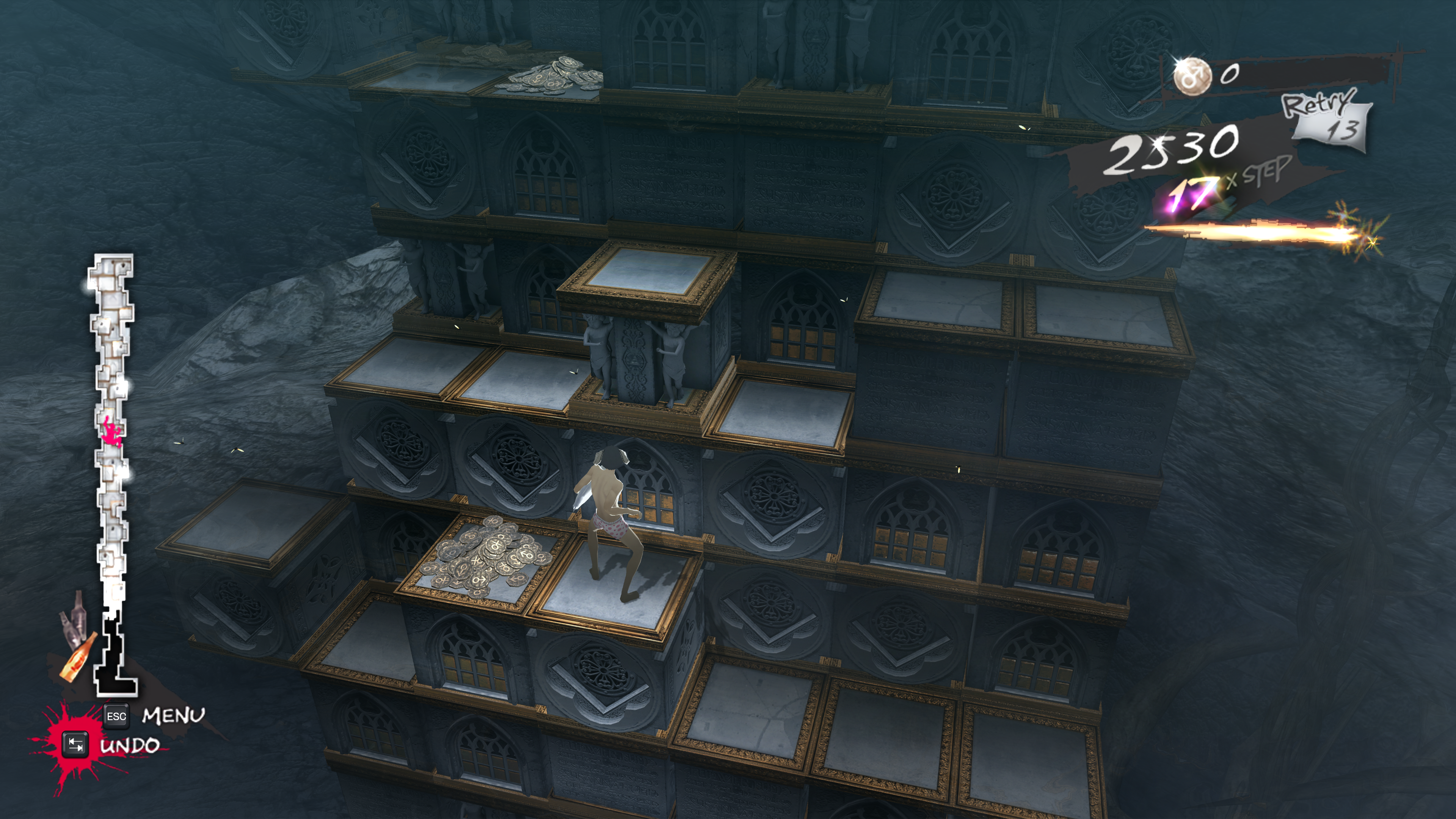 The port job isn’t entirely perfect, though much of that is likely down to circumstances out of Atlus’ control. Pre-rendered sequences either in anime or using in-game graphics are compressed and rough at 4K, presumably a hang-up from when they were created and compressed with 1080p and Xbox 360 DVD discs in mind. Then there’s the strange question of the timing of this port: Catherine Full Body is due out very soon in Japan and then a little later in the West, meaning players are getting what is soon to be an incomplete version of the experience as a new release – though it is only $20.

All told it’s a solid little package, however, and Catherine is still full of charm in how it delivers its whacky, mind-bending storylines – even though how it approaches some topics is deeply flawed. In the end, it’s a great gateway game to the sort of stories and tones this development team likes to strike in its Persona titles – just it’s packed into a more reasonably-sized game rather than an eighty-hour RPG epic. It’s a cult classic for good reason, and as such Catherine Classic is a welcome addition to my steam library.