The PlayStation Store will not sell Super Seducer, a game about picking up women.

Super Seducer, which came out this week on Steam, was supposed to also to be available on PS4. However, Sony has now said that the game won’t be made available for sale on the platform.

Although Sony did not give an indication as to why, the reason for this decision likely has to do with the game’s content. Super Seducer is an FMV adventure game about teaching straight men tricks to pick up women.

Created by Richard La Ruina, self-proclaimed “world’s most successful pick-up artist”, the game presents different scenarios involving women and asks the player to pick the best way to, well, harass them really. The goal is to teach players pick-up tactics, and wrong choices result in La Ruina analysing what went wrong and giving advice on how to proceed. 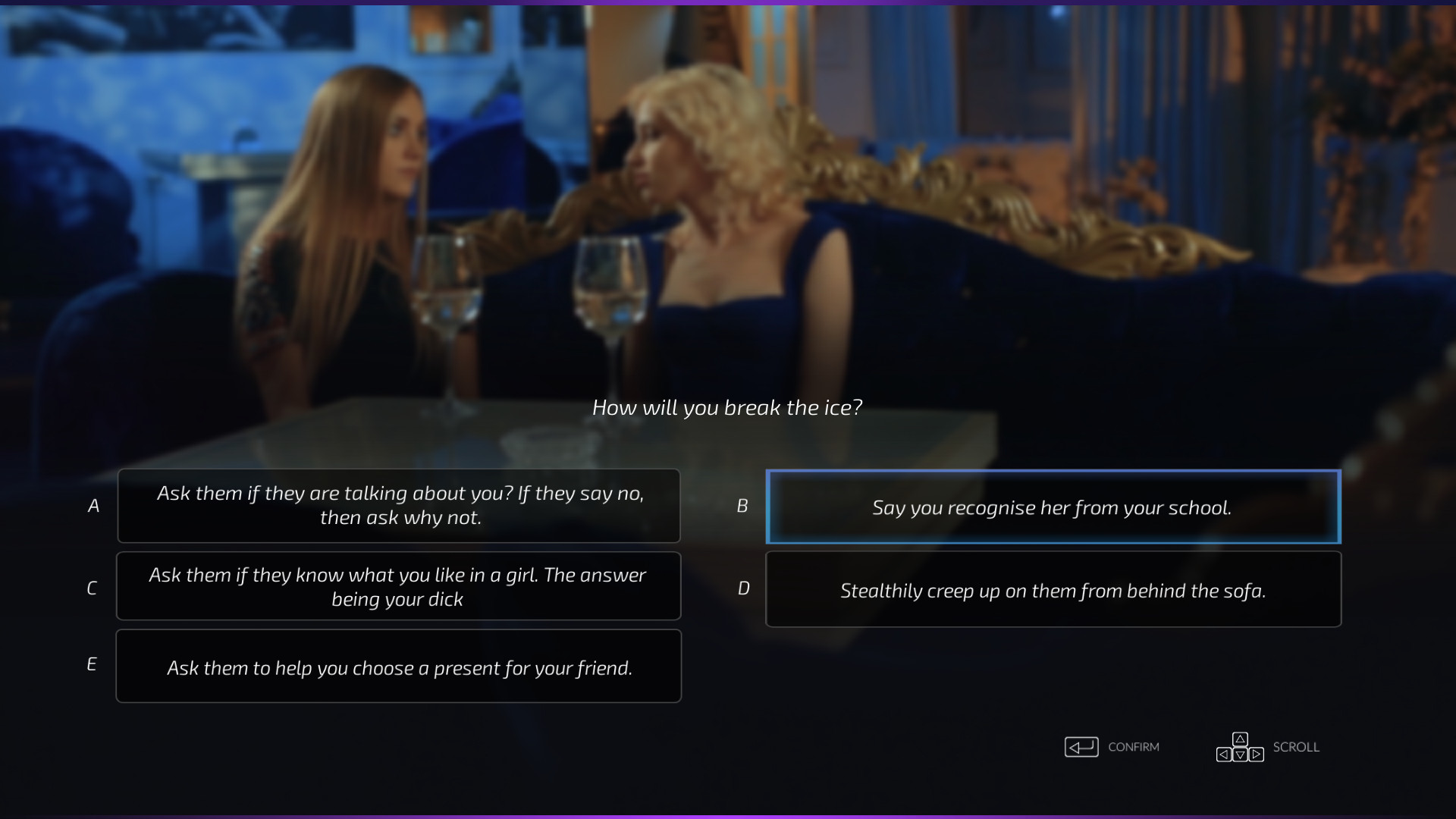 It does not feature any nudity, but you really only need to watch the launch trailer to see why Sony decided to block it.

“I did expect a small segment of the population to take issue with it, just like they might with anything related to dating skills for men,” La Ruina told BBC.

“They want to brand it sleazy, sexist, misogynistic, and even ‘rapey’. I found it all very aggressive and not at all helpful. ”