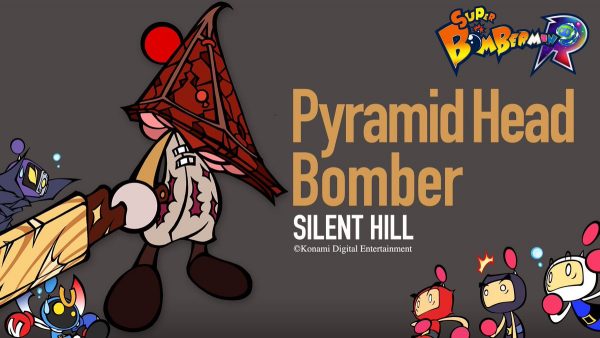 We haven’t seen a proper Silent Hill or Castlevania game in some time, but apparently Pyramid Head and Simon Belmont can’t wait around any longer. They’ve struck out looking for new work, and have just settled comfortably into another Konami game – Super Bomberman R – as DLC characters.

With today’s Patch 1.4 release, Super Bomberman R now includes Silent Hill’s Pyramid Head, Castlevania’s Simon Belmont, and Gradius’ Vic Viper as playable characters. All three bomber versions of the characters are available in the shop, and even include their own special abilities. Simon can stun enemies or relocate bombs, Vic has a turbo boost, and Pyramid Hill simply kills anything in his path.

Maybe we could have some other Konami crossovers until new games come out? How about Simon Belmont and Solid Snake attempting to escape from Silent Hill?

Super Bomberman R is out now for the Nintendo Switch.