Humble Bundle has some pretty good games this week, including the one you tried to pretend was as good as Tetris when your Nintendo-loving pals sneered at your Sega. 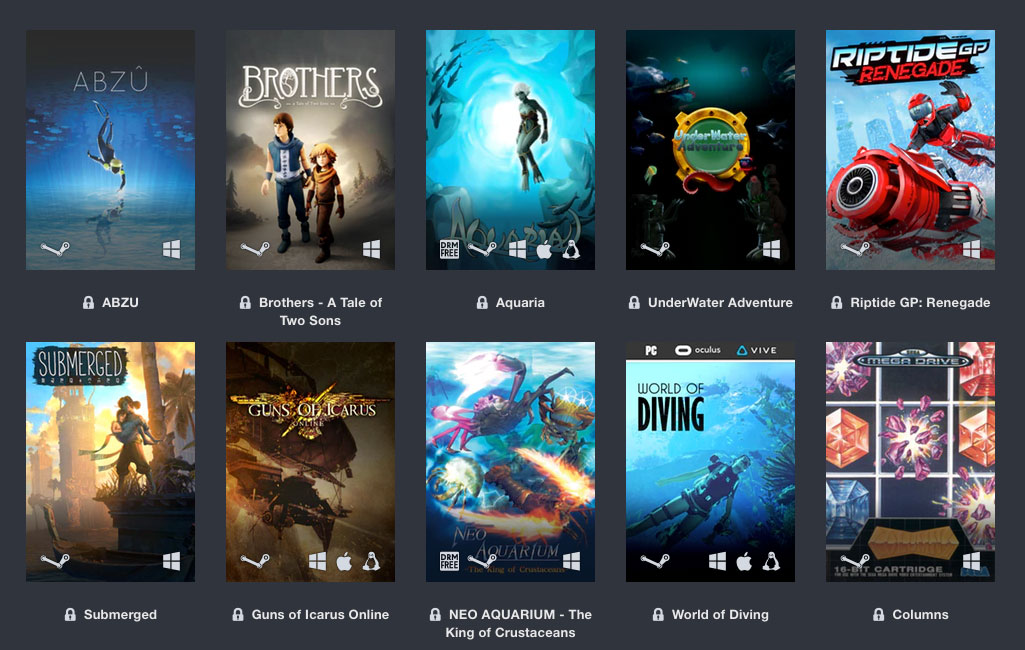 Humble Bundle is back with a nice weighty package to celebrate Ocean’s Day.

This Humble Bundle has been put together specifically to raise money for Whale and Dolphin Conservation, the leading global charity working to help protect sea mammals. 100% of proceeds goes to this fund, unless you specify a second charity – the organisers and developers aren’t taking anything. No tip for us this week!

Since this is a special deal, there are no tiers. The base buy-in is $10 and anything you care to give above that will be very much appreciated by your seafaring friends.

For your $10, Humble Bundle offers the beautiful Abzu, Starbreeze’s much-lauded Brothers – A Tale of Two Sons, Aquaria, UnderWater Adventure, Riptide GP: Renegade, Submerged, Guns of Icarus Online, Neo Aquarium – The King of Crustaceans, World of Diving and, for some reason both Columns and Columns 3, but not Columns 2.

Columns is a classic Sega puzzle game – it’s sort of like Bejeweled meets Tetris, in that you stack up gems as they fall from the top of the screen, and must match three or more of the same colour to succeed. It debuted in 1990 – shortly after Tetris was ported to Game Boy and NES and became a worldwide phenomenon. I wouldn’t have said it was nautical themed, but neither is Brothers, and I guess it’s what Sega coughed up when asked for a donation, for some reason.

Anyway, this deal is only open for one week so take advantage sooner rather than later. There are a couple of Linux, Mac and DRM-free options in there, by the way.

The Adult Swim Humble Bundle with Frog Fractions 2 is available for a few more days, while you have your credit card out.