A PS4 Slim in the colour of gold, if you really must.

At least in the US, Sony is gearing up for the release of a new colour variant of the PS4 Slim. This one is comes in gold, equipped with a 1TB hard drive.

Sony has not yet officially announced the model, but a picture of it was leaked by Reddit user Sliye, who works at US retailer Target. According to him, this version is due for release June 9. 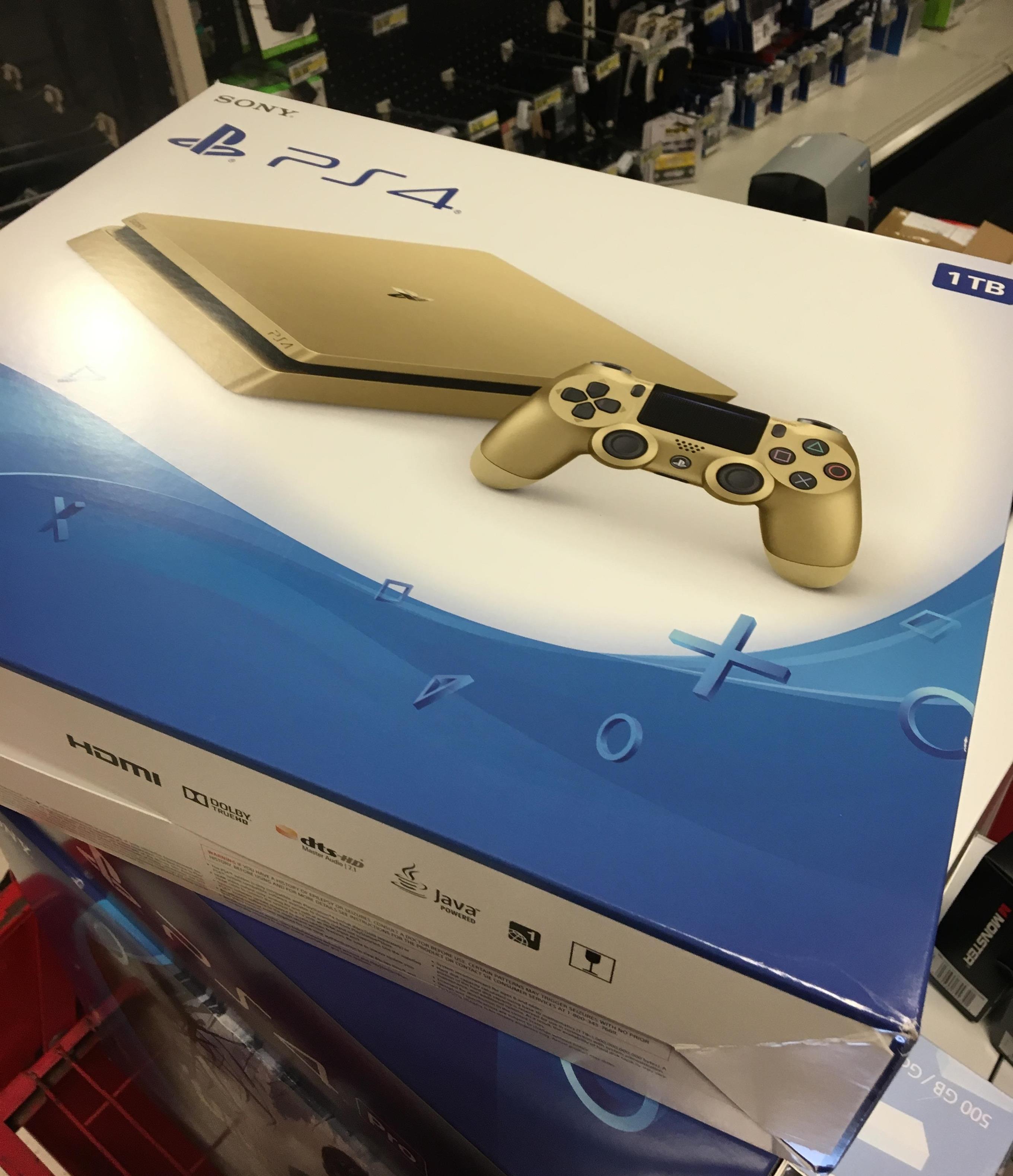 A listing for a gold DualShock 4 also showed up on Best Buy’s website this week. Unlike the console itself, it’s available for purchase now.

There hasn’t been that many variants of the PS4 Slim, compared to the original PS4 model which saw a new version with every big release. This also doesn’t guarantee the same colour will be available in Europe and other regions.