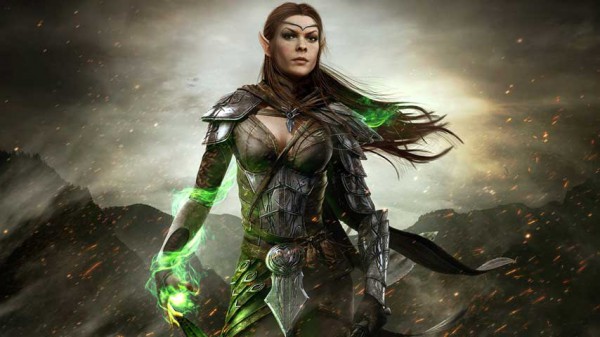 This should give newcomers plenty of time to become familiar with the MMORPG, especially if they’re interested in the Morrowind expansion slated for June 6.

The Free Play Weekend comes with zero restrictions, which means everyone will have complete access to the base game. All progress made during playtime will be carried over, including any Crown Packs purchased, or Crown Store items bought.

It’s also on sale during this period for 50% to 67% off depending upon which edition is purchased. This means the base game will run you $9.90 and the Gold Edition, which includes the base game as well as the four major DLC packs, $29.99 – or the regional equivalent.

Finally, those who jump in during the free play period will be handed 500 Free Crowns. These can be spent in the Crown Store on items such as costumes, pets, scrolls, and more.

Steam, Xbox One and PlayStation 4 users cans start downloading The Elder Scrolls Online tomorrow at 10am ET/3pm UK – although it seems to already be available for download on Steam.