We now know a bit more about the upcoming season of content for Rainbow Six Siege.

Shortly after the Year 2 season pass for Rainbow Six Siege popped up on PSN and Xbox Live, Ubisoft followed it with an official announcement that gave us a little insight into the company’s plan for Year 2.

First up, the eight new operators will hail from Spain, Hong Kong, Poland, and South Korea, respectively. Each add-on will come with a new map, for four in total. This format is similar to what we had this year.

Release dates for each content drop weren’t revealed, but the broader roadmap, seen below, mentions February-April as a launch window for the first add-on. 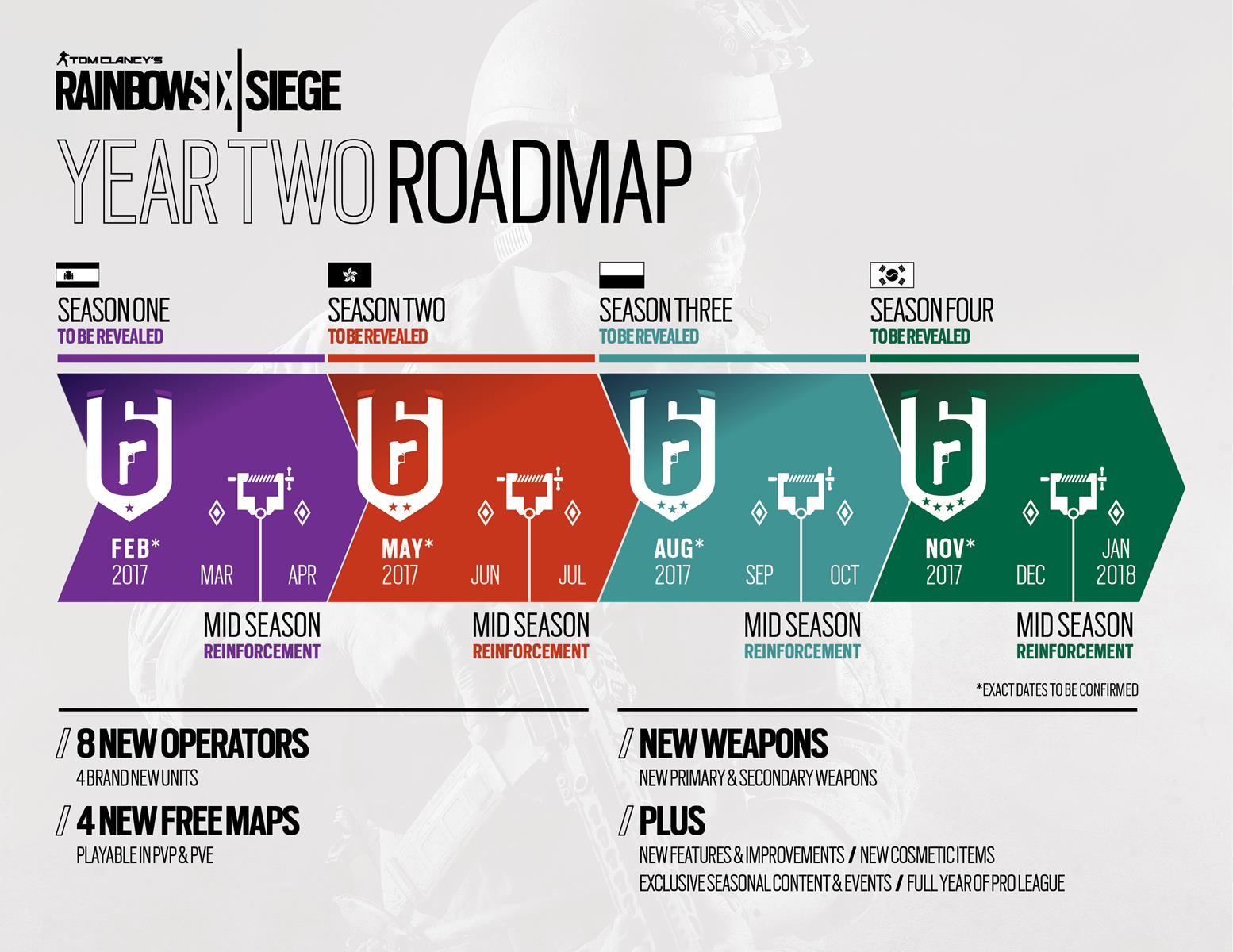 As for this year’s crew, you’ll be able to unlock them all in game using the Legacy Operator Bundle, which costs 2400 R6 Credits. For newcomers, there’ll be two options available going forward.

Details about the first drop of the season will be revealed during the Rainbow Six Invitational, which takes place February 3-5.