Square Enix and Tokyo RPG Factory’s classic Japanese RPG revival is charming and solid, but not as memorable as you’d hope. 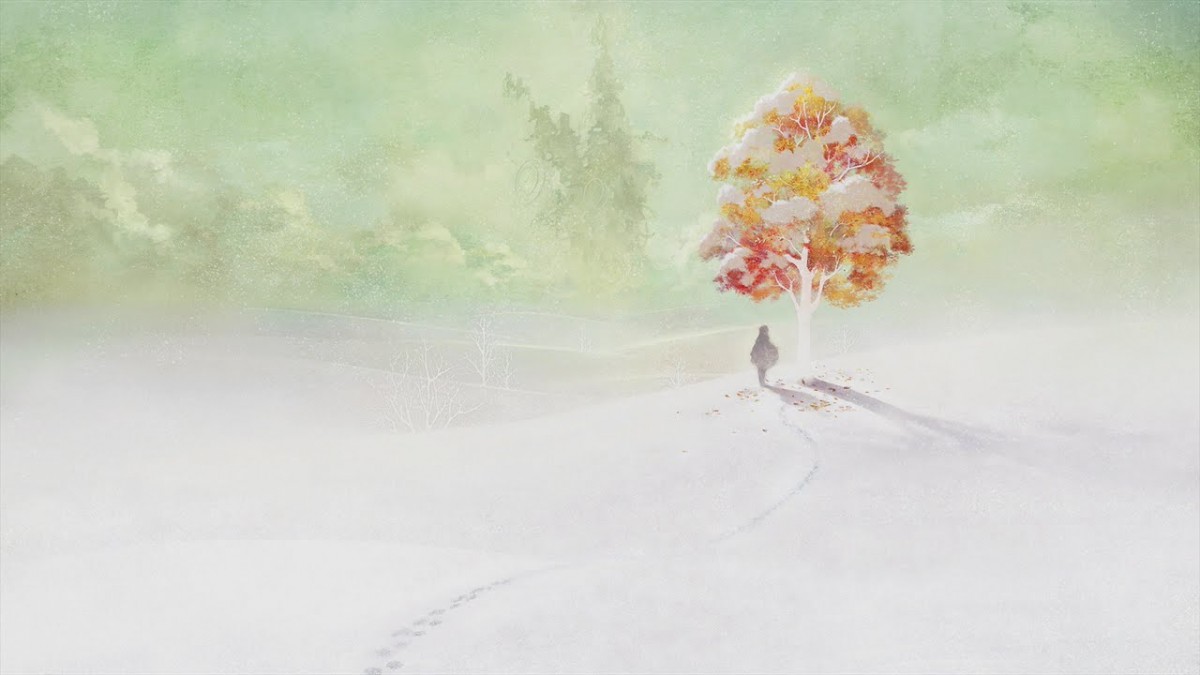 ‘It’s aiming to be like Chrono Trigger.’ That was the very first I heard of I Am Setsuna shortly before it was officially announced; that Square Enix was working on a game designed to be a tribute and in a sense a spiritual successor to what is arguably their finest ever game. Square themselves would later reiterate this comparison.

It’s madness. Blasphemy. Final Fantasy 7 is no doubt more culturally significant, Final Fantasy 6 more impressive, and Final Fantasy 9 my personal favourite, but on balance I’d say Chrono Trigger is Square Enix’s best game. In Japanese RPG terms to say you’re a spiritual successor to it is tantamount to claiming to be the second bloody coming.

But – you know what? I Am Setsuna does alright off the claim. It’s not a bad package at all. It’s no Chrono Trigger, but for somebody who has a love for the golden age of the 2D Japanese RPG it’s a loving tribute that’s well worth your time. 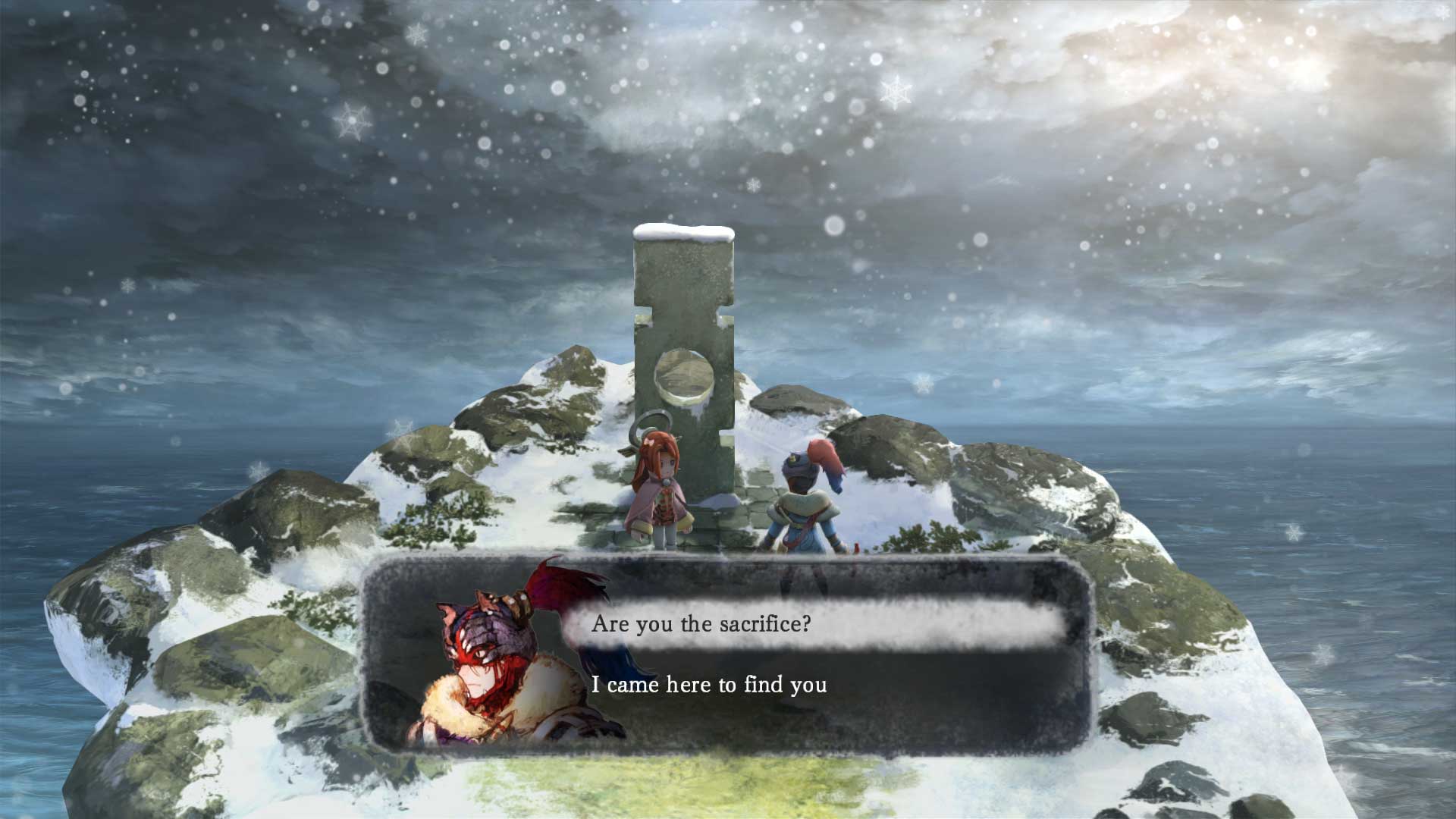 “In some senses it’s a little shameless in how similar it is, but the flip side of that is: so what if it is? Chrono Trigger is one of the most beloved RPGs ever made for a reason.”

Setsuna isn’t afraid to wear its influences openly. Right away within the first few tutorial battles it feels familiar: there’s no swirling animation to take you into battle like Final Fantasy – characters just unsheathe their weapons and are ready to go. Sounds like Chrono Trigger. Battle position is important, with character movements on the top-down battlefield impacting how certain moves will hit enemies. That sounds familiar too.

Then there’s techs, a battle mechanic that’s outright taken from Chrono Trigger. If the name wasn’t obvious enough, it becomes clearer still when one of the first unlocked is X-Strike, an ability that’s also straight from that classic SNES title.

In some senses it’s a little shameless in how similar it is, but the flip side of that is: so what if it is? Chrono Trigger is one of the most beloved RPGs ever made for a reason, and if a game inspired by it can press the buttons it did decently we’ve really nothing to complain about.

After a good decade of Square trying out radically different takes on the Active Time Battle system that’s been a Square staple since Final Fantasy 4 or the ill-advised jettisoning of ATB entirely, Setsuna goes back to basics. This is a more straightforward version of that formula, taking ATB as it existed in the SNES era and supplementing it with a few original new mechanics. In this regard it resembles the PS1 era of FF most, where PS2 entries and later sought to do something more different. 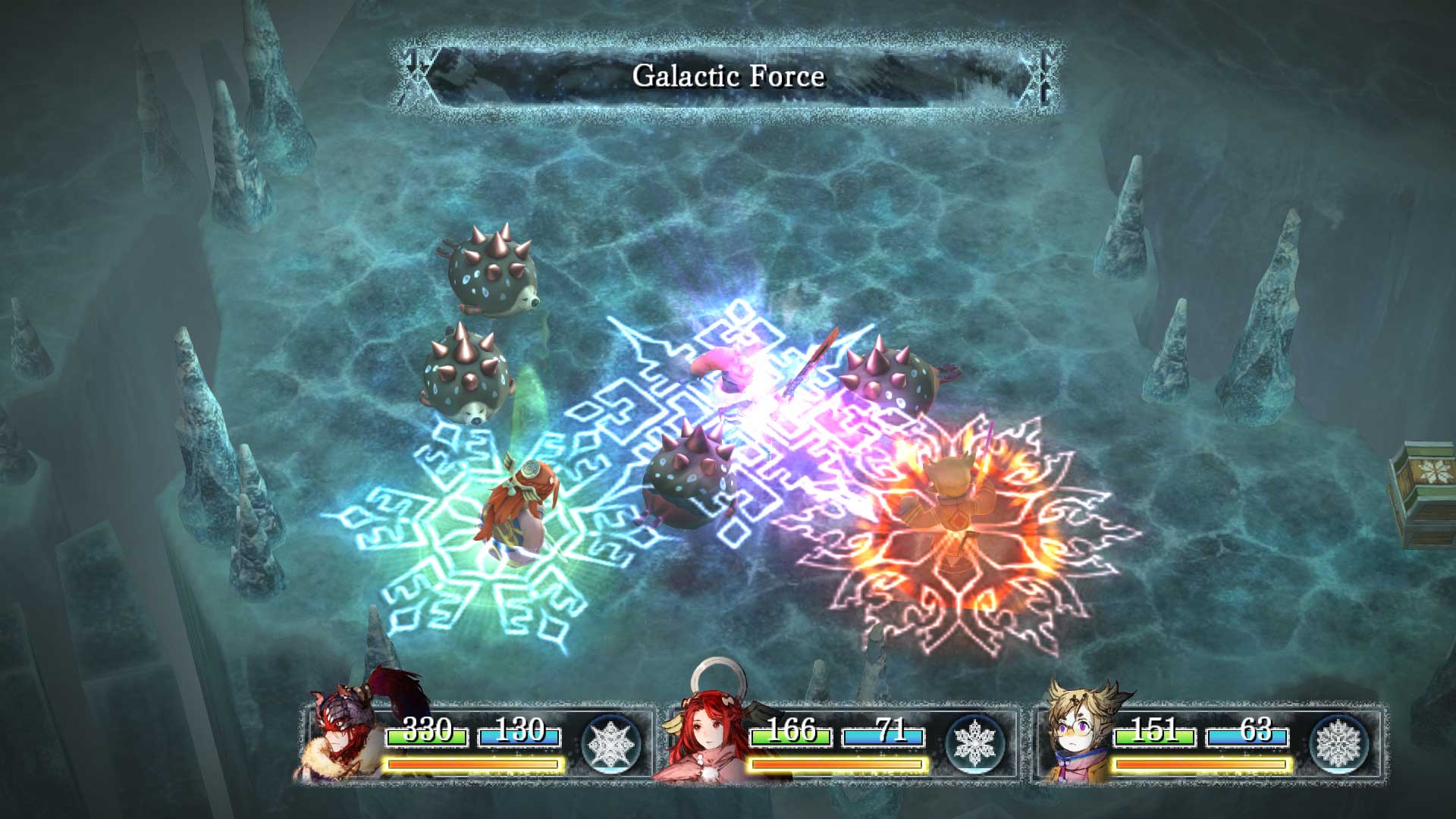 One major new mechanic layered atop the traditional ATB is Momentum Mode, an in-battle tick that adds additional effects to your attacks such as inflicting a status ailment or offering a crippling critical hit. There’s an element of timing to activating momentum mode correctly, and it seems to be a direct attempt to keep the player active during turn-based combat. This is original but even so is reminiscent of Lost Odyssey, another arguably classic but oft-overlooked JRPG.

Solid battle mechanics pair with some fun RPG tropes outside of battle to make for an engaging experience. It’s all refreshingly traditional and simple. Compared to most modern RPGs there’s a lot of restraint in design here. There’s a system for upgrading abilities that reminds me a little of FF7’s Materia, weapon upgrades, equipment to switch – all that good stuff.

The simplicity in I Am Setsuna’s mechanics work in its favor, though that’s also because restraint has been shown elsewhere: the game is short.

The systems built perhaps couldn’t support a 60-hour epic, but Setsuna isn’t one: the game is a more bite-sized affair that has a lower price-point to match. My completion of the game clocked in over 20 hours, but not much over. It feels the right length: Setsuna doesn’t outstay its welcome, and right as I began to feel I was exhausting the depth of the combat and my interest in digging further, the game began wrapping up. Some die-hard fans have complained about its length as if to say that all Japanese RPGs should be at least 40 hours in length, but I can’t say I agree: Setsuna does what it needs to and does it well, and its tells the story it wants to in that time, and I’m fine with that.

Much of Setsuna is utterly delightful, but in places its stripped-back approach begins to hurt it. There’s nothing here that’s bad, but many elements of its design hold it back from being a classic and standing up to its inspirations. 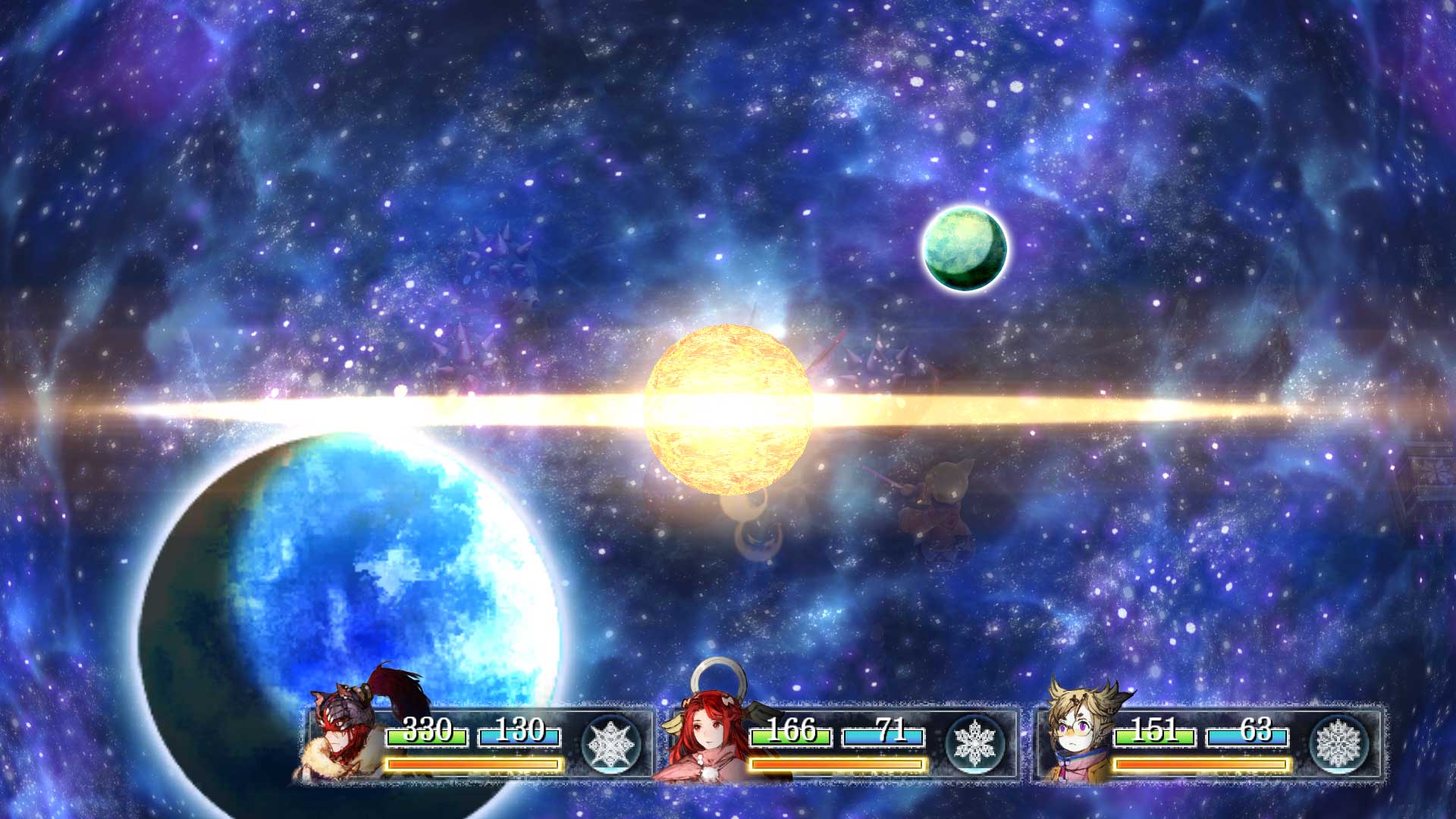 “It’s a beautiful, lovingly-crafted thing, but for lack of a better description all too often it lacks colour. I loved my time with it but in post-completion hindsight found it fairly unmemorable.”

Where its key inspiration is bursting at the seams with attitude and spunk, I Am Setsuna is more dour. Its story of a woman who must be sacrificed (Yuna, anyone?) is downbeat by nature. Likewise is the game’s setting – all the screenshots you’ll have seen show a gorgeous snowy area that has a sort of sombre feel to it. That’s because it’s the only environment: the entire game is snowy, so get used to that scenery.

This makes sense on a few levels. It keeps costs at indie-style developer Tokyo RPG Factory down and is supported by the game’s more truncated narrative, but some of the sense of discovery and wonder so associated with the games I Am Setsuna tries to emulate is lost in the presentation of its beautifully crafted but one-note world.

Trope-filled character arcs come and go and it’s all charming and serviceable but also not that memorable. I’m a week removed from completing I Am Setsuna and I’ve already forgotten vast swathes of its narrative. The game’s score is entirely piano, another attempt at minimalism that works-but-doesn’t all at once. There are memorable melodies and in a lot of places piano-only makes beautiful sense, but the game is slavishly devoted to the concept and so parts of the score that need a little extra ‘oomph’ are left without it.

It’s a beautiful, lovingly-crafted thing, but for lack of a better description all too often it lacks colour. I loved my time with it but in post-completion hindsight found it fairly unmemorable.

I Am Setsuna is a well-crafted love letter to the Japanese RPGs of old that’ll especially satisfy those with fond memories of those titles. It’s merely good, falling short of greatness. I had a lot of fun with it though, and what’s most exciting is what its existence says about the future. This type of game plainly still works, and there’s a great deal of promise lurking in Tokyo RPG Factory. With any luck Setsuna will convince Square to invest further in this studio and more games of this kind.