Namco Bandai’s just dated Test Drive Unlimited 2 for a February 11 release in Europe, whilst also detailing some of its pre-order arrangements for the Eden racer.

The publisher’s confirmed that its Casino DLC, which will only be on offer from GameStop in the US, will come from GAME, Amazon, Play.com, HMV.co.uk, Asda.co.uk, Argos.co.uk and Gamestation.co.uk.

The DLC will enable you to win currency and two cars: the Audi R8 Spyder and Spyker C8 Aileron Spyder.

As for what cars you’ll be getting at certain retailers, the Bugatti Veyron Supersport will be at GAME, the Caterham Superlight R500 at Amazon and the Audi RS5 from Asda.

HMV buyers will get the Ferrari 612 Scaglietti Sessanta.

TDU2’s US date of February 8 and its pre-order details were announced earlier this week. 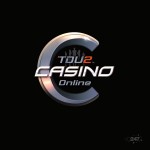