If there’s one quality a JRPG player has, it’s patience.

Tales of Vesperia originally launched incomplete on Xbox 360 in 2008. Half the dialogue wasn’t voiced, some notable characters never joined your party, and there wasn’t a huge amount to do outside of the main story. It was later completed with a Japanese-only PS3 release a year later. Not content with playing an unfinished game and living outside of Japan, I waited ten years to finally get my hands on it. Tales of Vesperia: Definitive Edition takes the Japanese PlayStation 3 release - with all additional bells and whistles - and brings it to current-gen consoles. 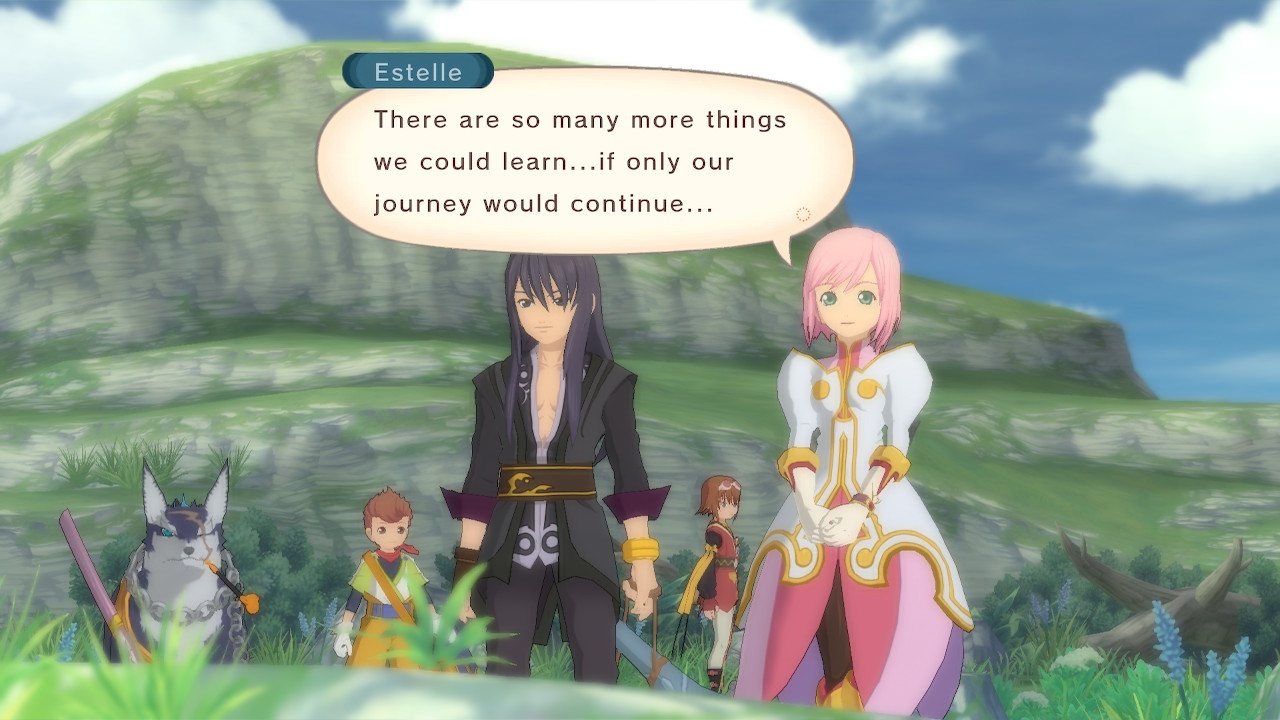 If you’re hoping for a cookie cutter JRPG story, look elsewhere. Tales of Vesperia tells a more mature tale than most other games in the genre. Instead of kicking off with a gifted teenage boy being told he’s the chosen one, we get the humble Yuri Lowell: a knight-school dropout who lives in the slums of an imperial capital. His buddy Flynn didn’t drop out, and he is now well on his way climbing the ranks among imperial knights and nobles. After a scuffle in the slums that leaves the district without drinking water and with the Empire seemingly not caring, Yuri sets out on his journey to find justice.

Tales of Vesperia‘s grounded themes and subjects give it a more human core - something that a lot of other Japanese RPGs lack in favour of going on their god-killing adventures. The cast of characters you pick up along the way are diverse, and each adds a new dynamic as they go through their own shining character moments - whether that be an imperial knight learning the insidious nature of his nation’s politics or a young, cowardly guild-member recognising their flaws. As you play, your party grows with you, and that’s something that is sadly lacking in a lot of other JRPGs.

While it has a certain charm, there’s no getting away from the fact this game is ten years old. The empty overworld is typical of an older JRPG, but when standing up to other current genre beasts such as Dragon Quest 11 and Xenoblade 2, it feels hollow. The faux Medieval-European setting has been done much better elsewhere, and trundling through uninspired castle and forest dungeons can’t compete with the more contemporary design seen in Persona 5, Xenoblade Chronicles 2, and Octopath Traveller, either. 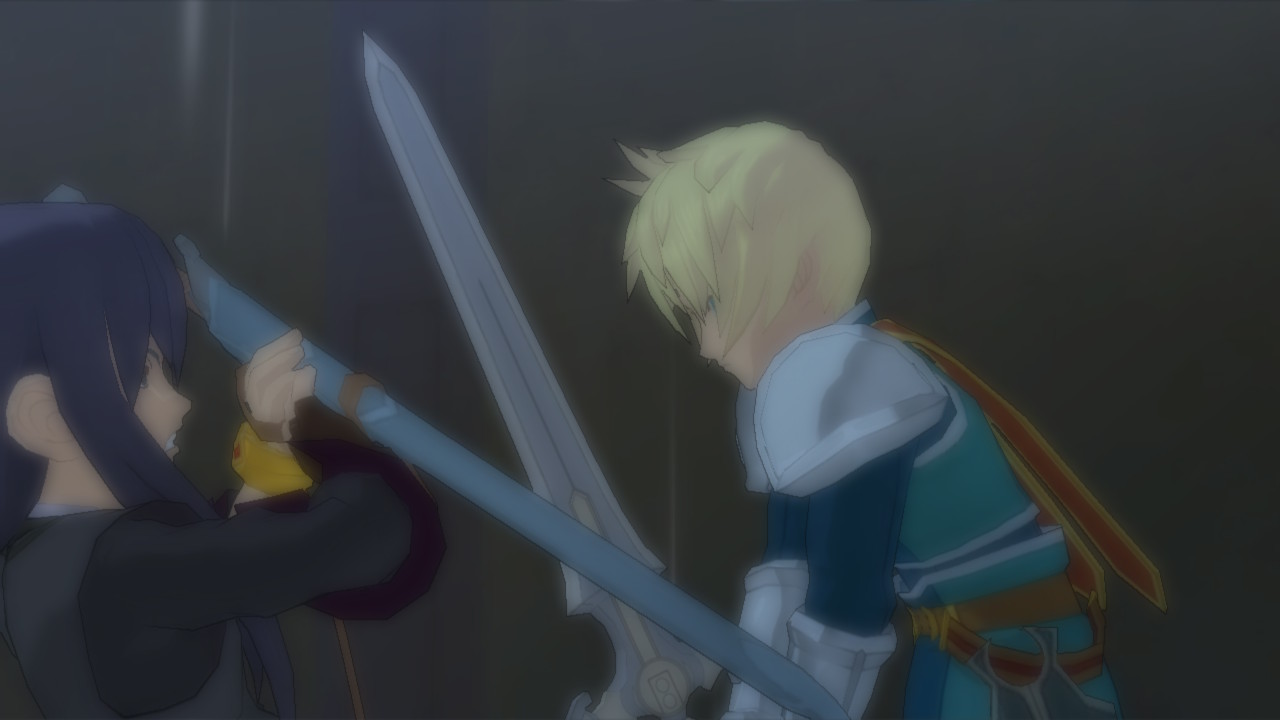 Tales of Vesperia uses a flat cel-shading style, which also does it no favours when it comes to standing out visually. A liberal usage of bloom often makes it difficult to parse what’s going on when cutscenes are set at night, further muddying its visual style. Remedying this, however, is a variety of places to go and explore. With relatively limited exploration in cities and a fixed camera, the vistas tease you of what lies beyond the horizon, with the moody vibe of Dahngrest city being a particular highlight.

Thankfully, what the overworld and aesthetic lack, Tales of Vesperia: Definitive Edition makes up for in droves with its wealth of sidequests and optional content. A particular favourite are the cook-offs. If you find all of the cooking recipes, your party gets swept up and taken to the colosseum for for a culinary confrontation. These serve up some great character and party interactions, and can also net you fantastic rewards. The optional content is a welcome relief from the serious, pressing tone of the main plot.

To further that story, you make your way through intricately-designed dungeons, centred around puzzles that never feel unfair. Whether it’s making gears spin up a tower, or moving blocks to create platforms, there is always something to engage with, and these incrementally increase in difficulty as you pass through the game’s three acts. It adds variety to a genre focused on exploring and battling and it’s a welcome distraction from the fast-paced, combo-based combat. 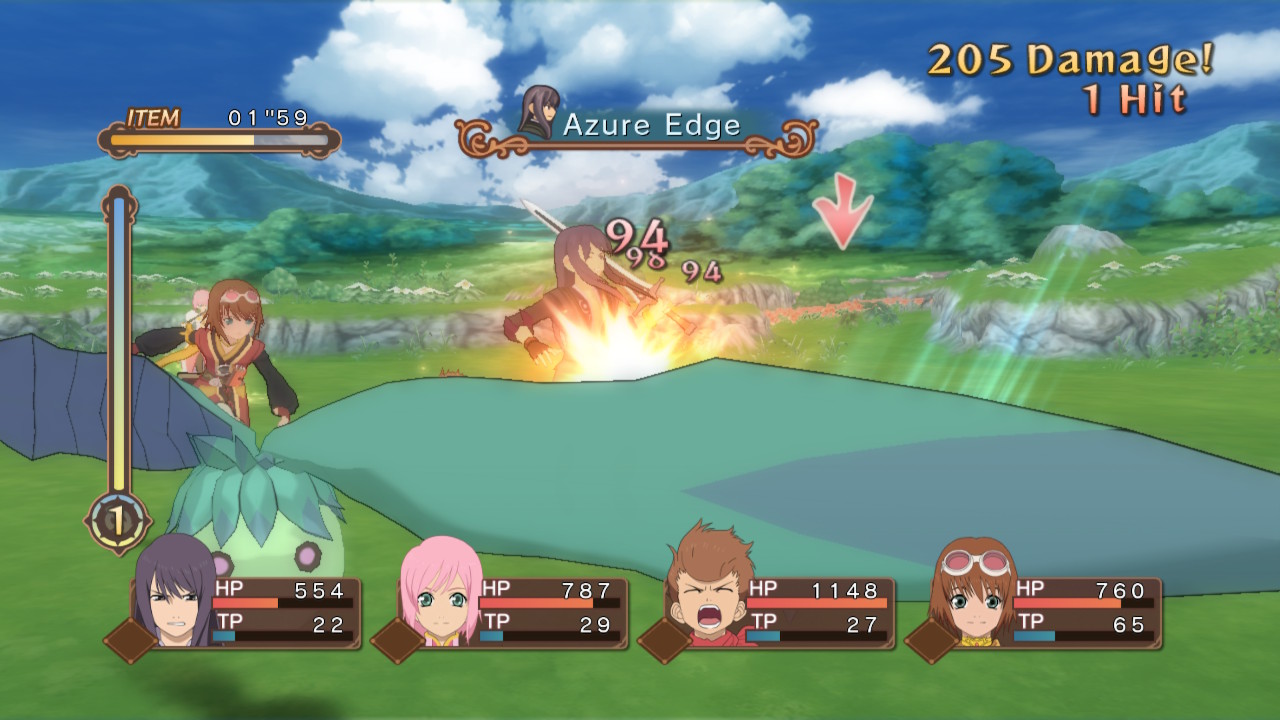 Something that set apart Namco’s “Team Symphonia” from other JRPG studios is its blisteringly fast and intricate combat systems. A far cry from the modern Tales series’ over-designed systems that weigh the player down, instead of empowering them to engage with the combat properly. Battles here take place in real time on a 3D plane. On a surface level, it’s pretty simple, with standard attacks that differ when you tilt your control stick up, down, and sideways, as well as an Artes system - think: special moves - where stronger abilities unlock as you play.

Each Arte has a level and can be used in combination with Artes of a weaker level. It’s a fresh, unique approach to JRPG combat that’s still enjoyable 40 hours in. Comboing and staggering bosses to death never gets old - instead, it gives combat a distinct flow and offers an immense level of depth when choosing which Artes to equip into battle. Regular one-on-one bosses are a highlight and an opportunity to show off everything you have learned. Unfortunately, Tales of Vesperia suffers from a number of difficulty spikes, forcing you to go out and grind for EXP, but that hands-on, experimental combat system greases the grind and makes it go by without feeling like a chore.

The Nintendo Switch port is impressive, and the game is perfect for a spot of grinding on the go, with only occasional frame drops to let it down in certain cities. Otherwise, Tales of Vesperia is a classic JRPG that goes back to the roots of what made the series shine. Despite its flaws when it comes to its setting and style, earnest storytelling, a fantastic combat system, and memorable cast of characters make the game worth that ten year wait.