In what may be the coolest story of the entire day, Epic has announced that they are creating new Infinity Blade arcade machines.

These 46-inch screened behemoths will be appearing across the United States in Dave and Buster's locations. They will even support split-screen multiplayer.

The devices will be similar to Fruit Ninja and Flight Control machines already on the market. The Infinity Blade machines will be appearing at the 2011 Gaming and Electronics Expo in Salt Lake City before making their way across the country on October 28. 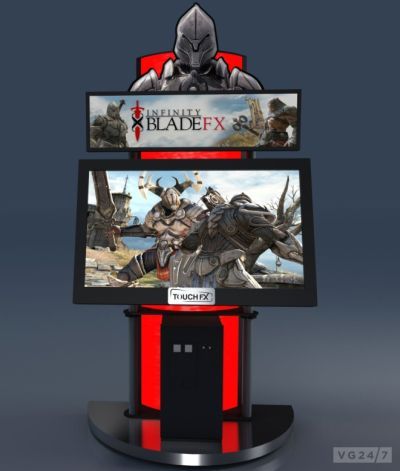