Compiling my thoughts on Crackdown 3 after a few hours of hands-on time is difficult.

It's a difficult game to describe. It would be easy to undersell and equally simple to oversell. For inspiration, I look back at the first time I saw that game, a behind-closed-doors trade show demo of the impressive destruction technology powering the game's impressive new building collapsing technology. I look at the date... "Fuck me, that was four years ago?". 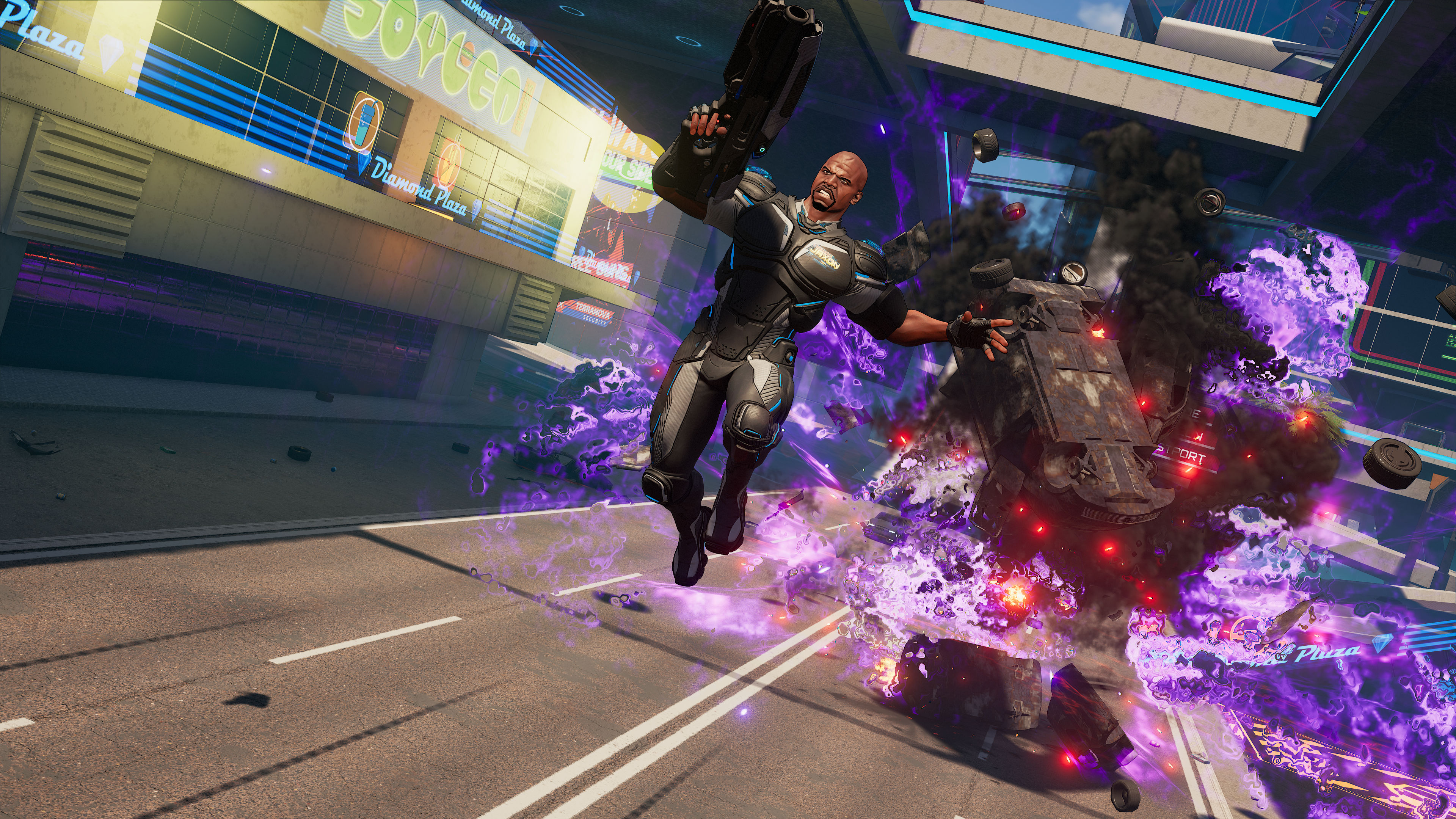 It's fair to say that Crackdown 3 has had a rocky development. Developers departing, followed by hefty delays and some very disappointing demos. But, as it finally nears release it does appear the Crackdown series has reclaimed its soul. However, the cuts made and time taken to do so is likely to be debated for months.

"The nature of the mode means it takes place on more limited, enclosed maps with a stringent time limit, so the promise of being able to collapse a building and watch it topple into another to cause a domino effect simply can't be achieved."

At preview I got to play a solid chunk of the two sides of Crackdown 3. On Xbox One X over an hour's worth of games were spent in Wrecking Zone, the new multiplayer mode that deploys the cloud technology I was so bowled over by back in 2015. On a PC build I got to experience the campaign, which has a pretty simple premise: what if the original Crackdown, but better? I fully intend to write a more in-depth little look at the campaign in the near future alongside a video to match, but all you really need to know is that Crackdown 3 offers the same sort of madness as the first game but with a broader range of enemies and weapons within a larger city sandbox.

There's also a stronger narrative that toes the line well. It presents enough to suck you deeper into the Crackdown lore, such as it is, but simple enough to not get in the way of the simple joy of the franchise; running around and deploying roid rage beatdowns on criminal scumbags. All the guff that weighed down the first Crackdown sequel is gone, but so is the promise of a Crackdown structurally altered by the city-leveling destruction tech.

Single-player is largely a known quantity, then, but Wrecking Zone is where things get really interesting. Microsoft made a big deal out of Crackdown 3's cloud technology when the cloud was its big new buzzword for the Xbox One, and this mode is where you can see it in action in real time within a fully finished product. It works, you know - but it's nowhere near what those early demos promised.

Wrecking Zone is a five-on-five multiplayer deathmatch mode that sends agents out into a virtual reality training space to prepare for combat in the real world. It's wargaming, basically, except with hench men and women punching through walls and jumping over buildings. In Crackdown you've always been able to do the latter, of course, but the former is what the new destruction technology allows - and it leads to some deeply satisfying moments in a multiplayer match.

Within a few matches I quickly learned the aim of this game: shooting in Crackdown is lock-on, so it's all about positioning yourself for the best shot while getting the drop on people so they can't get a lock on you. Sometimes this means making use of that destruction. As a cowardly rival ducks into a building when they're one shot from death, a quick switch to a heavy weapon could blast the wall clean out, allowing for that final killing shot. If you're in closer quarters, simply smashing through a wall with a dash might do the trick. On the flip side, when a player locks on to you (indicated by a red laser sight on your agent), your best option is often to ground-pound through the floor to a lower level or dash through a wall to make a quick escape.

Positioning is even important in death, since the score isn't registered until your 'tags' are picked up by either a team mate or an enemy, which will either register or neutralize the score. Wrecking Zone is all about positioning, and I love it. It feels like a great multiplayer mode that, if it has the support in terms of maps and expansion, could become a fan favorite. Best of all is that the destruction, which is convincing and better than we've seen in other games with procedurally generated carnage, is integral to the flow and feel of the mode. 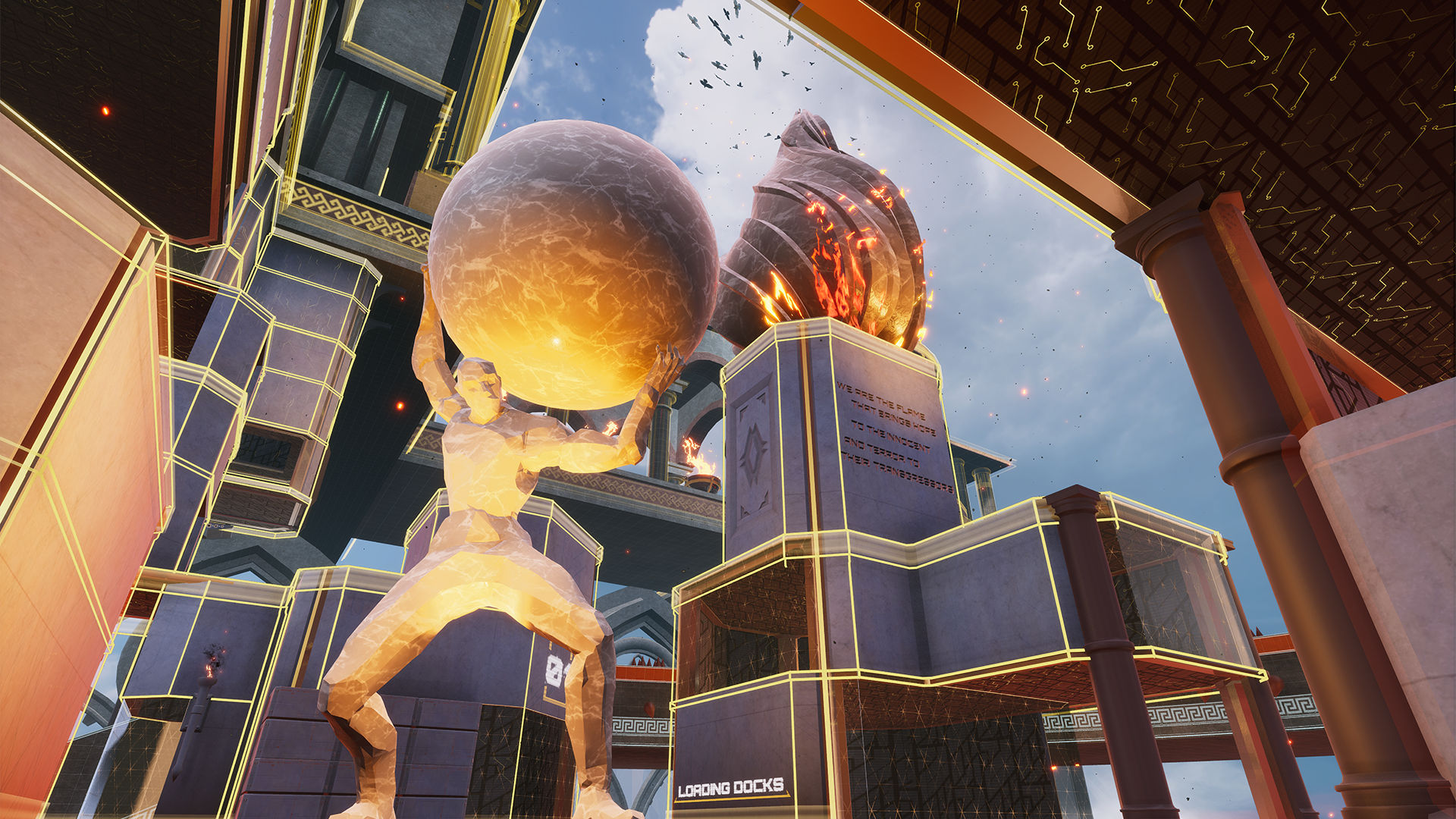 "Wrecking Zone is a fun mode that feels perfect for the gleefully over-the-top, super-powered Crackdown universe - though it's a neutered delivery of the promises made far too early in this console generation."

People are still going to lose their minds, however. Those earliest glimpses of Crackdown 3 offered some mind blowing, 'this is game-changing' glimpses into a potential future of physics in games, and that just isn't really expressed in Wrecking Zone. The nature of the mode means it takes place on more limited, enclosed maps with a stringent time limit, so the promise of being able to collapse a building and watch it topple into another and cause a domino effect of collapse after collapse simply can't be achieved. Put simply, it's not as impressive as those demos were.

Crackdown 3 developers on hand suggested that the decision to pull the destruction from campaign and frame it as it was in Wrecking Zone is more about design than capability. It would, after all, be difficult to design a campaign where a boss might sit atop a tower if you could demolish the tower by taking out its bottom floor. There's probably some truth to that, but the limited, enclosed nature of Wrecking Zone also suggests to me that in truth the technology wasn't scale-able enough. It was definitely real and it definitely worked. Back in 2015, developers beamed as they handed over the controller and let me level a city block. Sometimes things just aren't realistic for full games, however.

Wrecking Zone is a fun mode, however, and it feels like a perfect competitive multiplayer fit for the gleefully over-the-top, super-powered Crackdown universe. I liked it a great deal, as I did Crackdown 3 in general - though it's a neutered delivery of the promises made far too early in this console generation when, for a moment, it looked like it could be something truly revolutionary.

Crackdown 3 is out for Xbox One and PC on February 15.