Anything and everything that hints that its makers played one of FromSoftware’s games at any point during development is sometimes all we need to call a game a Souls-like. We’re all guilty of taking this shortcut.

It’s no surprise, then, that Nioh and its sequel are both considered Souls-likes. To a large degree, the similarities between Nioh and Souls are aplenty and quite apparent, so it’s easy to see why it gets lumped in with that crowd.

Inevitably, this line of thinking will shape your perception of the game, and it has for me. I finished the first Nioh having played it entirely as a Souls game, but I am here to tell you, after spending over two dozen hours with Nioh 2, that Team Ninja’s two Sengoku period games beg you to play them as action RPGs, not Souls games.

My time with the first Nioh could be summed up as peaks of appreciation of its peerless combat, and valleys of frustration with how lethal enemy attacks consistently are – how much a single mistake could set you back. I never looked for ways to mitigate this and just choked it up to a lack of true mastery of its combat. Surely, I thought, perfect Ki pulsing and stance switching is the way to go, but I only got so much better at those systems by the end of my time with it.

Over the course of my playthrough, I saw the same notifications all players get when unlocking new Ninjutsu and Onmyo skills. A cursory look at the two skill trees every now and then was enough for me to deem their effects worthless. I don’t really care about throwing shurikens that deal 5hp each, and I don’t want to start a fight by casting a bunch of spells. I am here for the swordplay and that’s it.

That same approach also dictated the entirety of my time with Nioh 2 on PS4. I started it hoping it would give me a fair fight, and that hopefully the sudden difficulty spikes of the original will be smoothed out.

To my surprise, I found it even more gruelling. I legitimately balked at the existence of the Dark Realm initially – the areas where Yokai powers are boosted, and players’ stamina regen takes a hit. Why, I exclaimed, would you place your most challenging enemies in a zone where they’re somehow more powerful? I never looked into what gameplay avenues the Dark Realm opens, I just thought of it as one more challenge. I couldn’t help but continue to expect Nioh 2 to be a Souls game, one where every fight is fair and every corner is carefully crafted. 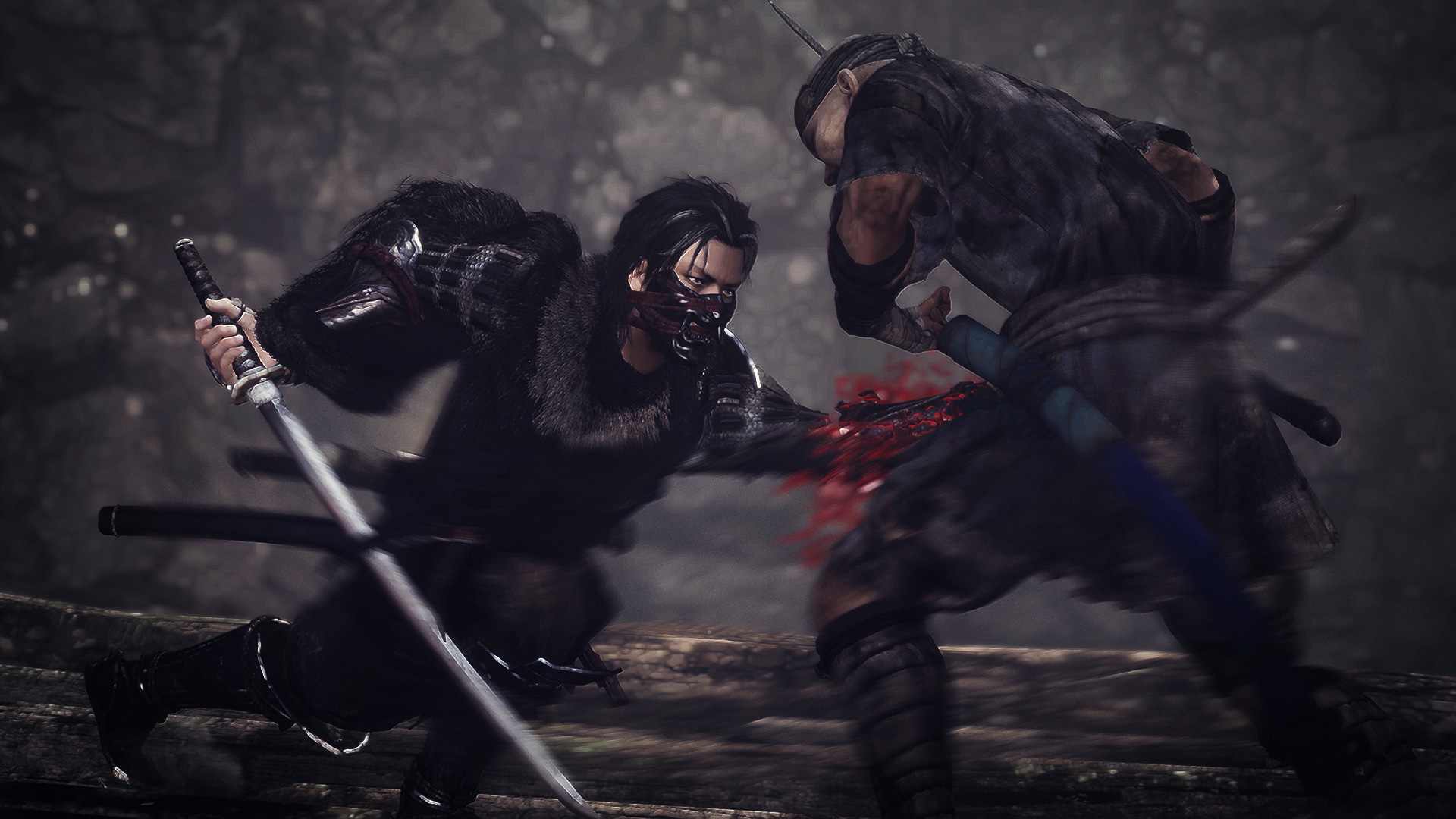 But Nioh 2 is not that game. It’s obsessed with traps. One and two-hit kills are the norm, and you still take way too much damage from the trashiest of trash mobs. It wasn’t until I decided to give it another shot with the recent PC release that I finally decided to change my approach, and for the first time, I can confidently say that I understand it.

Nioh games are RPGs that offer a wealth of tools you’re meant to use and abuse to navigate their challenges. It’s not a game of landing a couple of hits, backing away and repeating until the enemy is dead. It’s a game where you cast a Ki regen boost spell as soon as you spawn, and enchant your weapon with an element that boosts your Ki damage. Just having those two equipped before a fight makes Yokai enemies significantly less threatening.

Now, I open up with a flurry of attacks, enough to deplete their Ki entirely, which makes them easy to stun. I stun lock ‘em for a bit, landing a few more hits until they’re forced to restore their Ki. At which point, I back off, wait for my (already boosted) Ki to recharge, and go in again to finish ‘em off.

Suddenly, I was in command of the fight, not cowering behind my weapon waiting for Ki to recharge so I can do the Souls dance. Those traps Team Ninja loves? A Divination Talisman will show you all of them, even the snake ladies stuck to the ceiling waiting for you to pass.

I was so shocked to see Nioh 2 in such a different light that I decided to examine the entirety of the Onmyo and Ninjutsu skill trees, just to see what other boons they could offer. Now, I never start a level without casting several of these spells, with many more assigned to shortcuts for dealing with whatever will be thrown at me. Poison is very potent against human enemies, for instance, and Ki-busting spells are my go-to for Yokai. 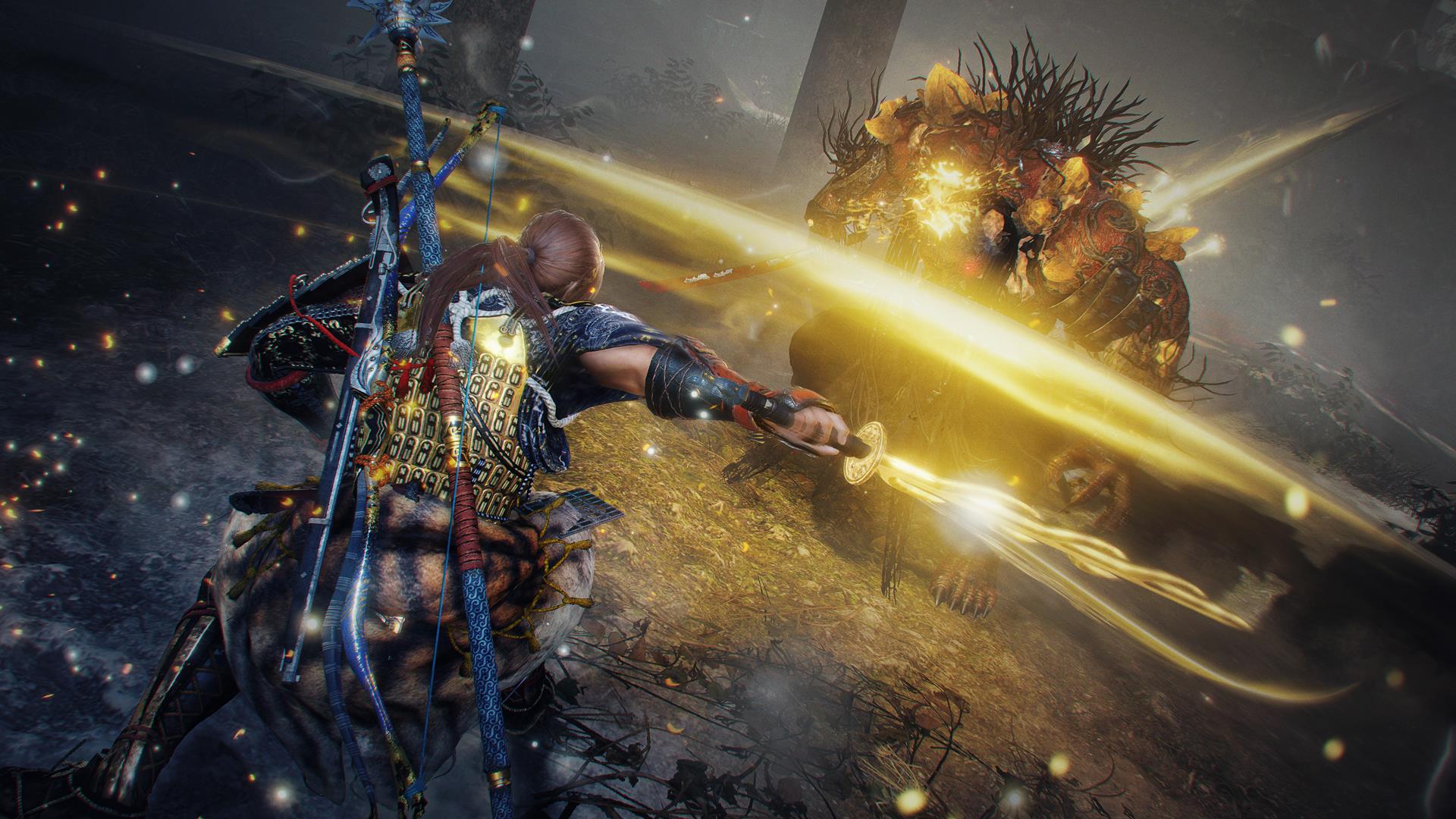 The utility of Onmyo and Ninjutsu extend far beyond simple buffs and debuffs. The Tiger-running Scroll is perfect for running past all enemies on the way to a boss. The Sneak Thief and Catwalking scrolls make it laughably easy to sneak up on enemies, destroy those crystals in later levels (often protected by four or five Yokai), and find the missing Kodamas in peace.

Nioh 2 is full of these mechanics. A certain enemy is attacking too quickly? Slow ‘em down with a Sloth Talisman! Your weapon isn’t great at crowd control? Better bring some Feathers to cast some lightning and shock the fuckers before they could get to you. The Dark Realm I had been dreading on PS4 became an opportunity. Like most things in Nioh, it starts out more punishing and gradually gets easier the more skills you unlock. You may get a stamina regen hit in the Dark Realm, but your Anima gauge recharges much faster, and your Yokai abilities deal more damage there to boot.

Even ignoring those basic boosts, the Shiftling skill tree hides a host of passive abilities that practically nullify the Dark Realm’s effects altogether. In fact, the sneaking scrolls I mentioned earlier make it a breeze to just stroll in looking for the host, kill it and banish the Dark Realm. It got to the point that I actually look forward to those areas in missions, because it means I can spam my most powerful attacks more frequently. I haven’t even mentioned how easy it is to summon a co-op buddy when you just want to chill. The game actually nudges you in this direction by pairing you with an NPC in some missions. And who could forget Nioh 2’s Diablo-like loot system, or the extensive weapon skills that really help you create custom builds.

All of that and more was right in front of me the whole time. It’s sort of similar to my early hours with Sekiro, where I had to let go of Souls muscle memory in order to truly understand and earnestly engage with its mechanics.

None of this means enemy damage in Nioh 2 is suddenly fair, or that it won’t feel frustrating when you’re caught out by one of its extremely slippery edges, or that boss hyper-armour is somehow more consistent. It just means that you can get back at the game in so many ways that the next time you see an unblockable grab attack with obscene tracking you won’t feel as bad for failing to dodge it.