If all the features of the new consoles worked as advertised, that would be great, thanks.

I press the PS Button on my DualSense controller. It beeps, but nothing appears on my TV. The lights on the DualSense pulse a bit and then nothing. I press the button again. Nothing. The PS5 has no signs of life so I press the power button on the console itself. Nothing. Fearing the worst I press it again, and the machine is jolted awake. But I’m greeted, as expected, by the rebuilding database screen, its low resolution rubbing salt into the wound.

This issue would be relatively fine if it had just happened once, but it’s been a common occurrence over the last few weeks. It’s not just this problem, which seems to stem from putting the system into rest mode – I’ve had hard crashes out of Spider-Man: Miles Morales, Bugsnax, and Sackboy: A Big Adventure. Demon’s Souls, as excellent as it is, just sat not letting me play it on two occasions.

Then there’s the issue of certain PS4 games not upgrading to their PS5 versions. Given the shortage and expense of next-gen titles, this is especially grating. I thankfully haven’t had to grapple with the download queue bug or a problem being reported that’s tied to having an external hard drive plugged in. These things will be fixed, I hope (Sony has pushed out two system software updates in a week, although what they tackle isn’t known), but they all add up to a rather less than satisfactory feeling. 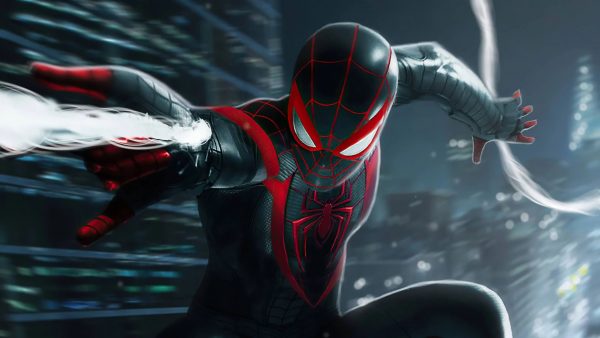 The new Xbox consoles, Series X and Seres S aren’t covering themselves in glory either. Going back to launch day, the setup of the new console took two days due to the online network being brought to its knees – something that I understand but was still aggravating to me and thousands of other people keen to try out their expensive new machine. Since then the much talked about Quick Resume, a key feature that sets the Xbox Series systems apart from the PS5, has been borderline broken.

I can understand why some people don’t see the value in Quick Resume, but it fits into my life perfectly, if it works. I tend to play games in the evening, and not for long, so being able to jump right in to where I left off is brilliant and gives me some precious extra time. During the day my son will often flick between a handful of games, and if the functionality was working it wouldn’t make any difference to me being able to jump on and play, nearly instantly. But it’s not working. A game state being saved and therefore able to be resumed seems entirely random, with some games that worked last week no longer working today. In short, it’s a mess.

Games, too, feel more buggy then they should. I am not for one second forgetting about the struggles developers have faced this year due to Covid-19, and I’m appreciative that we got new consoles and games this November, but when you’re playing something and it’s clearly a few patches away from where it should be, it’s hard not to feel a sense of disappointment.

Tearing is the big one. This, for anyone who wisely isn’t up on this kind of stuff, is when you’ll see part of your game’s image on your TV move so it isn’t aligned with the rest. It usually only happens for a very short period of time, but it’s very noticeable in games like Assassin’s Creed Valhalla and Dirt 5, two otherwise excellent games.

On one hand the new console launches have been great, especially for PS5 owners who could pick between some superb titles such as Miles, Sackboy, and Demon’s Souls. But, at the moment the other hand is enormous in comparison, clobbering down my fun whack-a-mole-style every time it dares to rise up out of its hole. I just want to enjoy the new generation of consoles, but the new consoles are making it much harder to do than I expected.