PC gamers inside the AMD graphics card ecosystem are about to get a major upgrade with the new Radeon Software Adrenalin 2020 Edition – which is quite a bit more than just a standard-issue update.

The centerpiece of this new update, which is out today, is a slick-looking new Radeon Software App that aims to bring a little of the console-style user interface experience to PC. That means as well as graphics settings options and GPU driver details, the new Adrenalin 2020 Radeon Software App will track and showcase things like stats on your recently played games and your recent media capture activity.

The app aims to do this across multiple ecosystems, as well – so it’ll pull in details and even let you launch games from Steam, UPlay, the Windows Store, the Epic Games Store and so on all from within this one unifying app. AMD say this isn’t just an update – they view it as the dawn of a new era of their software, given how it is a near-complete rebuild.

You can customize the look of the app also, so if you want it to surface more advanced, tech-focused details about your installed games, that’s an option too. More on those options in a second, but for now, here’s a look at the most basic, default home screen of the new app: 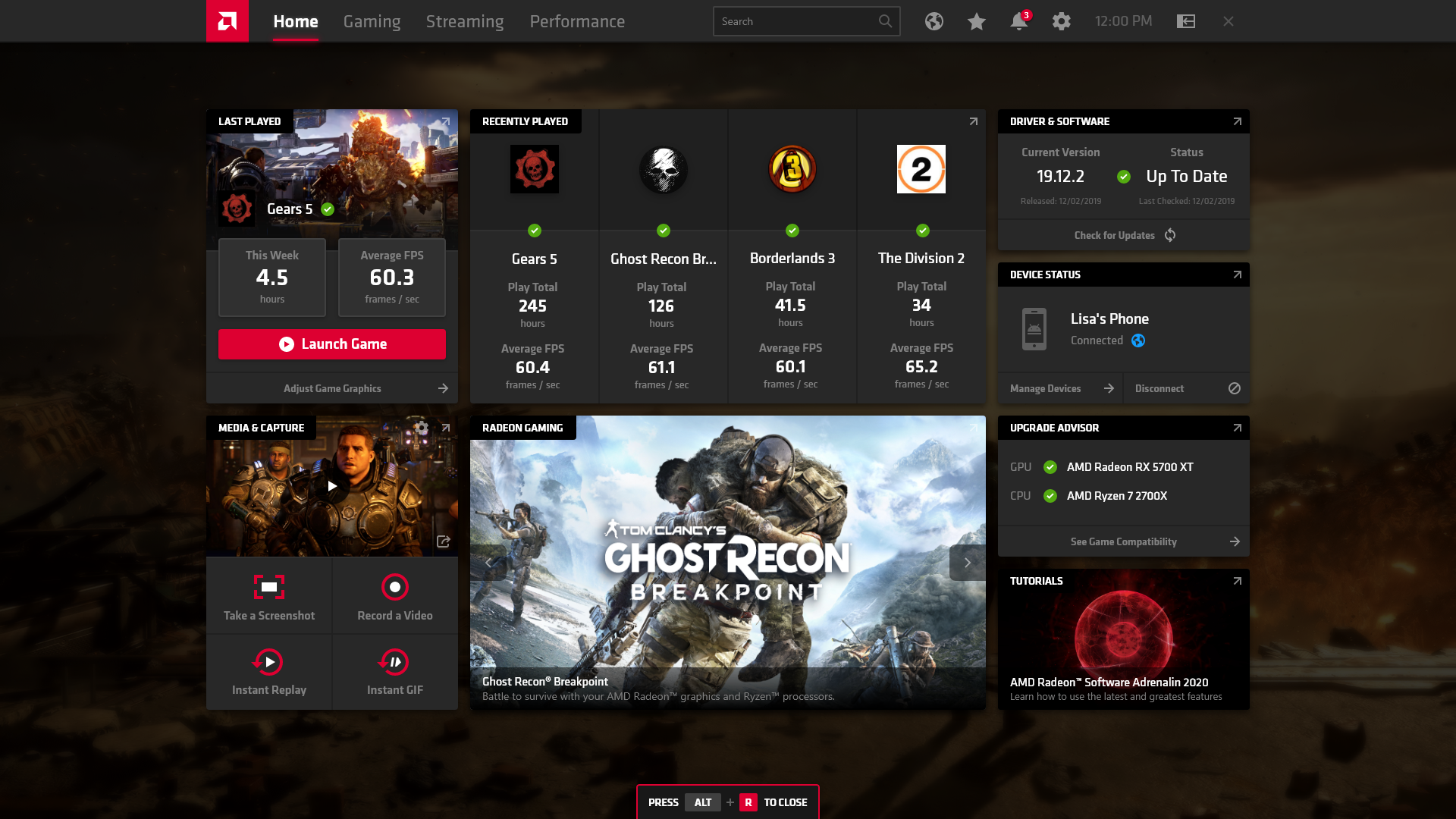 As is shown in the screengrab, within the app you can see a bunch of windows, each covering different aspects of your management of your gaming PC and AMD branded Graphics Card. These options are a mix of updated and upgraded old favourites from previous iterations of the Radeon Software and all-new settings and features. Here’s a few of them worth highlighting… 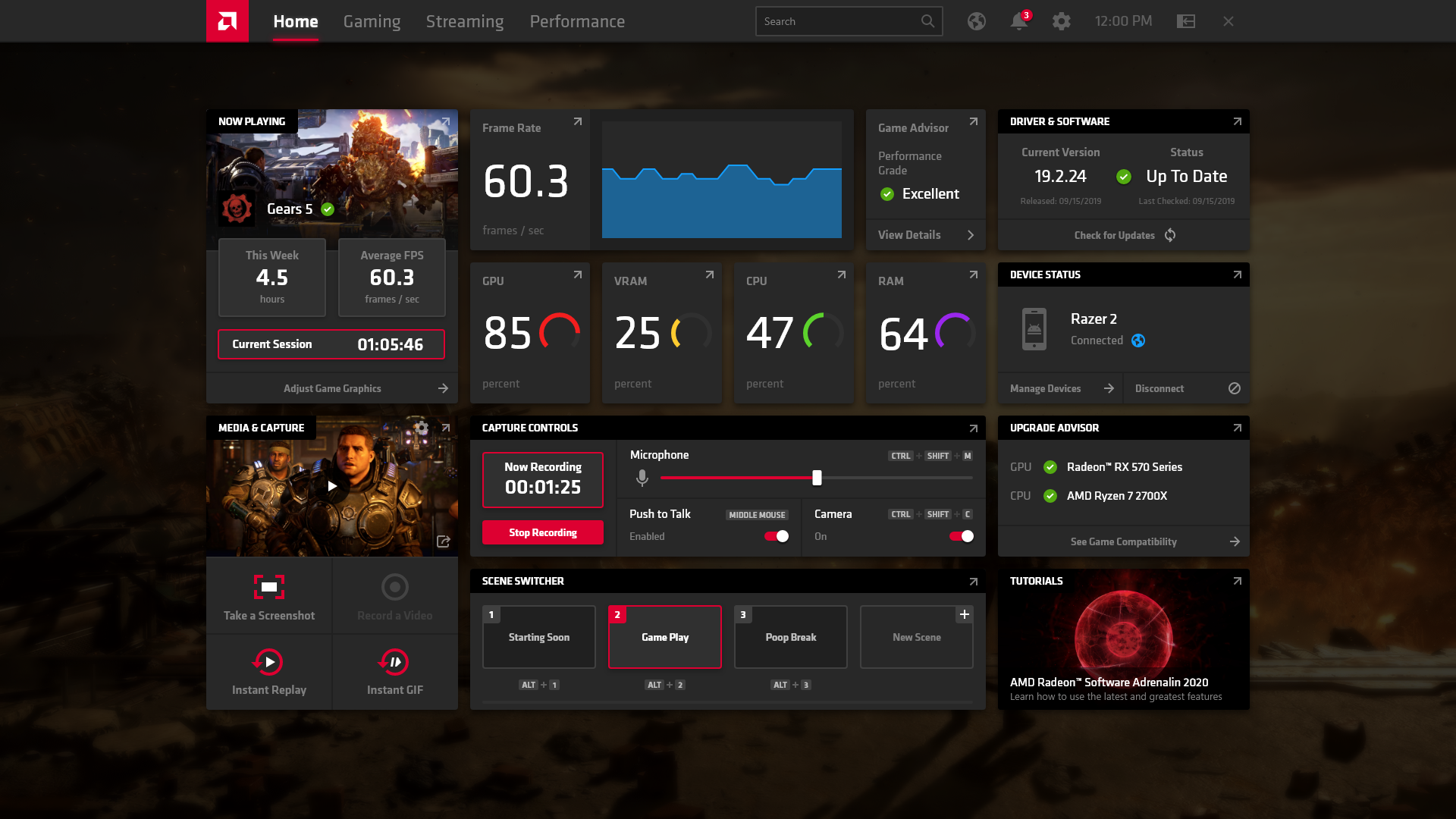 The new software actually adapts to what you’re currently doing, too – so if, as previously mentioned, you open it as an overlay while in-game with a press of Alt+R, it won’t display things like your recently played games and the like. Instead, it’ll focus on giving you options around capturing media from that game, and stats on how it’s performing in terms of frame rate and CPU, GPU and RAM usage. We’ve been trying it out for a few days with a Radeon RX580 – by no means a powerhouse of a card but still a quality one for 1080p gaming – and it’s honestly quite pleasing how smooth and intuitive the new software is.

This is getting into truly nerd territory, but it’s also worth noting that all of this comes packaged in an all-new installer, too. AMD has been using some variation of the same installer to put its GPU software and drivers in place for many years now, but this new software will come with an all-new installer rebuilt from the ground up. The installer is designed to be easier for beginners, with a simple one-click install that will detect the optimum setup for your system configuration and put it into place. Those more comfortable fiddling and tweaking aren’t left in the cold, however, as the installer features all of the full-fat advanced options you’d expect, including the much-requested and rather useful option to retain settings between separate installations. AMD also claim the installer is around a third faster than its predecessor, which is a nice bonus.

Beyond all this, there are some actual new features that’ll impact things in-game, and some improvements to existing favourites. A few of these may end up being significant: 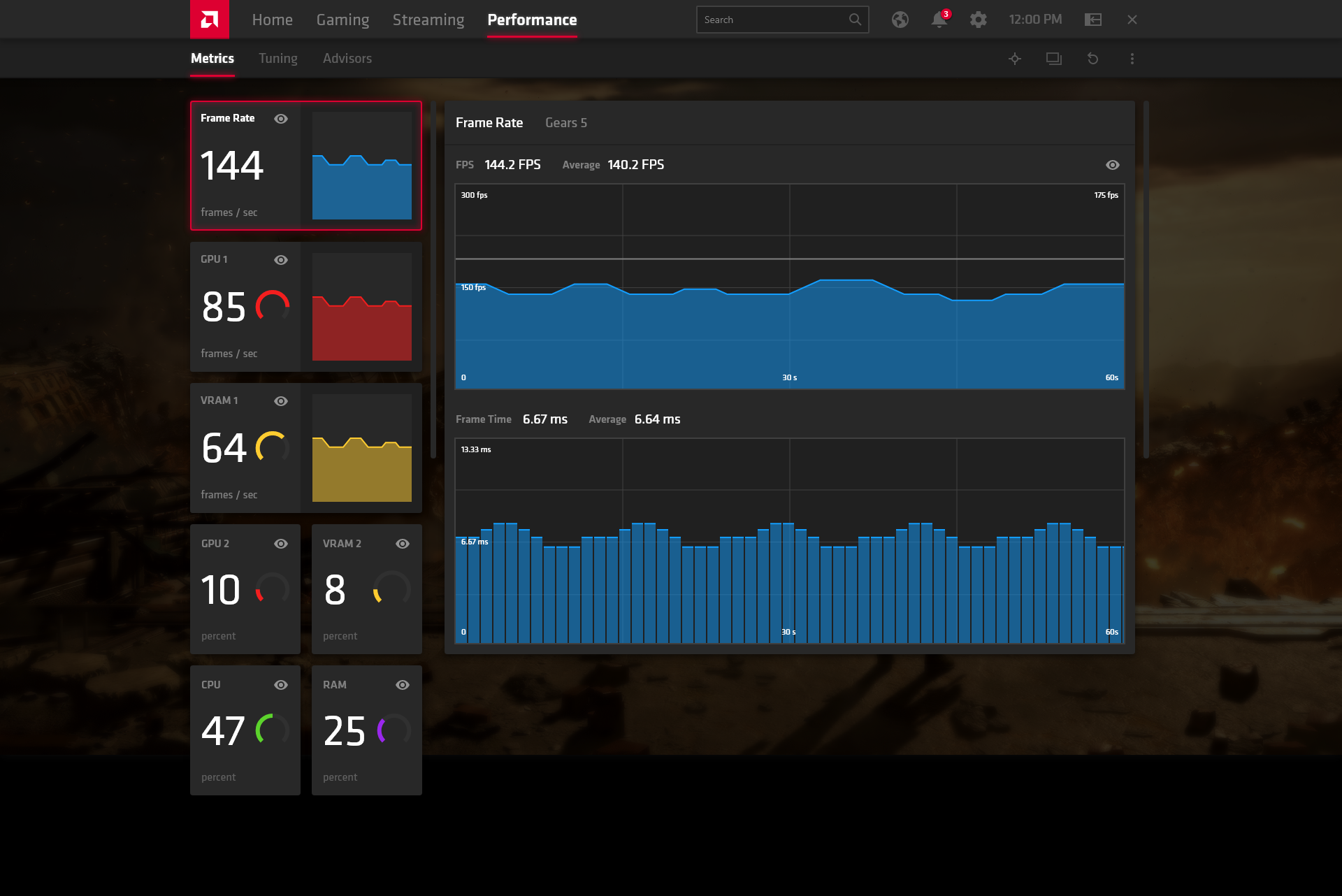 Boost is a new feature that is the inverse to AMD’s current ‘Chill’ feature. For those unfamiliar with that, Chill basically dynamically changes the frame rate based on your in-game movements and actions in order to improve efficiency and save power. Or to put it another way: when you’re not doing much in a game, when you’re chilling, the game will render at a lower FPS. Because of how little you’re doing, you’re less likely to notice – and when you start getting into action, everything will spin up to full performance again.

Boost is, as we said, the opposite of Chill: when things get hectic, this feature can help your AMD graphics card to find more frames in order to render the game at a higher frame rate to help. We haven’t had a chance to test Boost in full yet in part because it does feel like it’ll benefit higher-end GPUs shooting for 4K more, and we’ve been testing the new software features with an RX580, but AMD’s own statistics suggest that the frame rate in Overwatch could be boosted by as much as 38% with Boost active.

Boost essentially works by lowering the resolution dynamically on a sliding scale when there’s a lot going on. The resolution lowering is incremental so you won’t notice and users can set custom parameters around how low their resolution might drop, but AMD’s argument is that when you’re spinning around in twitch-fast gun fights in Overwatch, you won’t notice a slight drop in resolution due to how fast things are moving – but you will notice and be assisted by the accompanying boost in frame rate, as it’ll make the game feel more responsive.

Boost is a game-by-game feature, meaning it has to be enabled specifically by AMD, just as with Chill when it first released. Initially it’ll support Overwatch, PUBG, GTA5, Destiny 2, Borderlands 3, Shadow and Rise of the Tomb Raider and Call of Duty WW2. It supports the RX400 series cards from the Polaris series, plus Raven Ridge and newer APUs. There’s no Multiple GPU support, sadly.

Integer Display Scaling: a user-requested option for the retro nerds

When you blow-up classic games to modern resolutions, they often look a bit naff. This is especially true, however, for 2D, Pixel-based games. This is why things like Microsoft’s excellent Age of Empires HD Remasters exist – to help these classics look half-decent again. Integer Display Scaling aims to ease some of that pain by offering proper pixel scaling as a graphics card setting – meaning no more stretching and no more blurry, vaseline-smeared images on the likes of classic Command & Conquer games and such.

AMD says this was the most-requested feature from their users prior to this update – and while we’ve no way to verify that, what we can say is that it’s absolutely awesome. It makes the classic games look crisp and clean – the way you remember them – and it has no performance impact whatsoever.