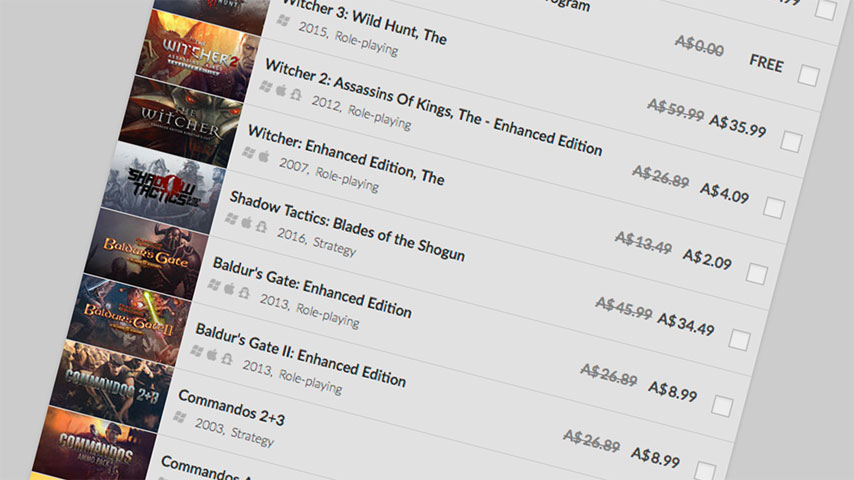 Check in with the latest weekly sale on GOG to enjoy discounts ranging up to 90% off a variety of titles.

As a special bonus, you’ll also get a free copy of Double Dragon Trilogy with any purchase. Just a little sweetener, there.

Games on sale include The Witcher: Wild Hunt Game of the Year Edition. If you already own the base version, both expansions are on sale separately or as part of the season pass, too.

If you’re looking for a more traditional yet modern role-playing experience, what about Pillars of Eternity (available in three editions) or its two-part expansion The White March?

RPGs not really your thing? Okay, no problem. What about the original Rainbow Six or Splinter Cell?

A bunch of Telltale games are included, such as Minecraft: Story Mode and Guardians of the Galaxy. The whole Rayman series seems to be up for grabs, too, and there are a stack more RPGs and tactics games in there.

That new Reservoir Dogs game is also on sale, so now’s a good time to satisfy your curiosity as to why such a thing exists in the year 2017.

Something for pretty much everyone then. Go forth and harvest.