No Russian opens with the most innocuous of airport sounds: the granular whine of a zip being unfastened. Then a noise that doesn’t belong: the clack-clack of a machine gun being prepared to fire.

There’s a particular unease reserved for the terrors that invade the spaces we expect to be safe. In the movie business, they call it ‘daylight horror’. It’s what Infinity Ward evokes so effectively in the first few seconds of Call of Duty’s most notorious level, when five gunmen step out into a Moscow baggage scanning hall at 8:40 in the morning. For a moment the air is still filled with the mild murmur of passengers – the muted chorus of the bored and tired, recalling 4am starts and substandard coffee. The optimistic chatter of people almost on holiday.

Then it subsides, in waves. There’s a beat of almost total silence as the queues turn to face you and your fellow terrorists, uncomprehending. An announcement comes through over the tannoy, its cheeriness suddenly jarring. That’s the last happy sound you’ll hear for six minutes – the time it takes to simulate a 21st century European’s worst nightmare.

Footage of Modern Warfare 2 Remastered leaked early this week – a strange echo of 2009, when a video of No Russian began circulating on the internet before the game was in the shops. At the time, Activision told press that the level was “designed to evoke the atrocities of terrorism”, and that explanation holds true today. If the question was whether videogame developers could portray a tragedy without trivialising real-world suffering, then Infinity Ward proved itself able. Now, as then, No Russian is an intentionally awful experience.

Unlike many other missions in the Modern Warfare series – which empower players to intervene in the schemes of ultranationalists and dictators – No Russian leaves you a spectator at best. You don’t have to participate in the slaughter, but you’re helpless to stop it; fire at the terrorists and they’ll quickly turn their weapons on you, sending you back to the start. 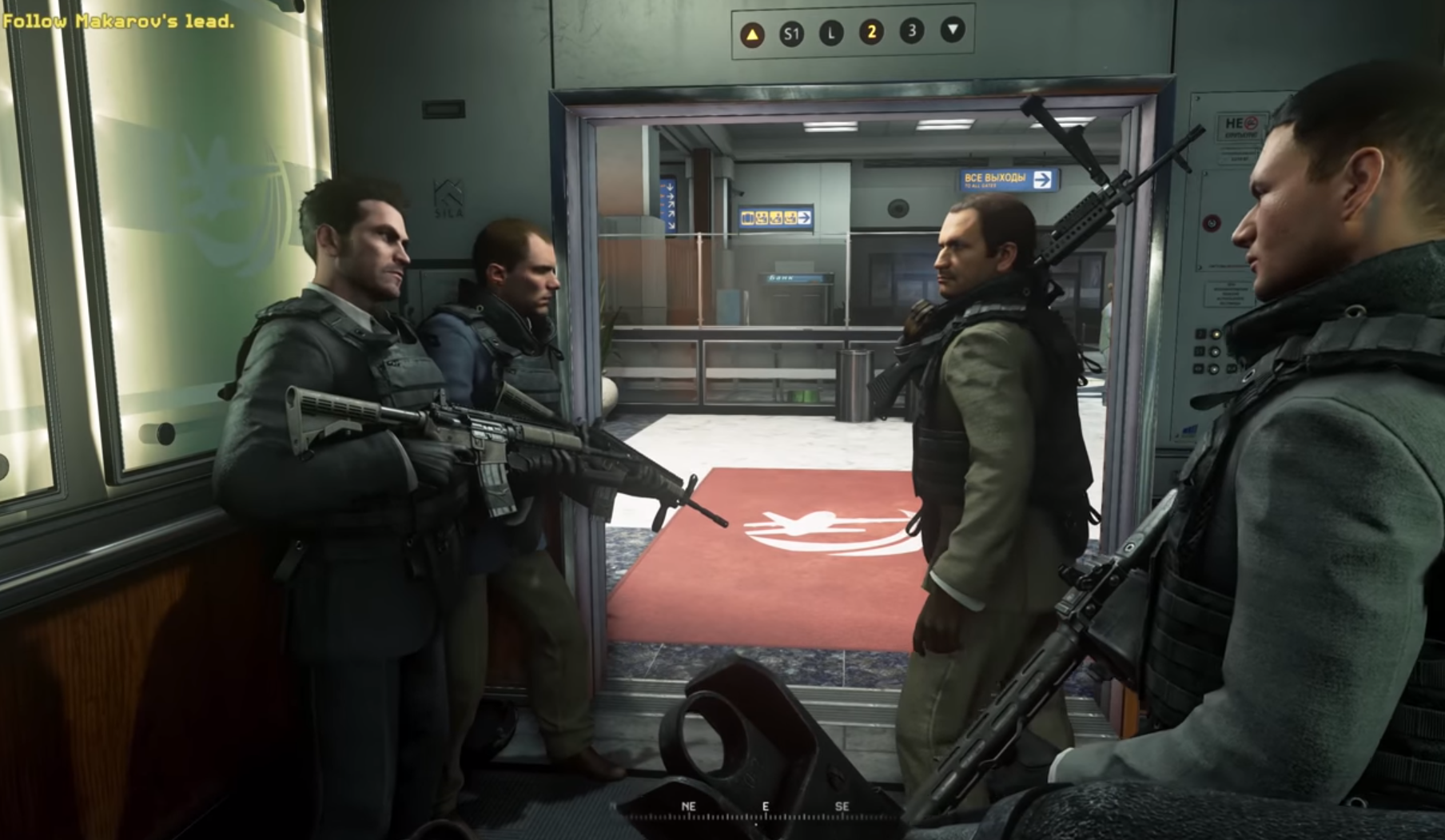 In a cruel mechanical touch, Infinity Ward takes away your usual sprint key. There’s no way to run ahead of the killers and so you’re forced to keep pace with them, participating in their death march, unable to turn away.

Despite Call of Duty’s reputation for bombast, No Russian is subtle in the sights it presents. One of its most memorable images depicts a sudden cascade of delayed flights on the departure board, a sign that the outside world is catching up to your horrendous new reality. It captures not just the grotesquery of the shooting, but the surrealism of an average day turned unspeakably bad. This is the work of a studio in touch with the terrible gravity of the scenes it’s rendering.

The context of the mission is harder to defend. Modern Warfare 2 doesn’t use No Russian as a springboard to explore a society reeling from a terrorist attack, but to build the menace of one of the game’s antagonists. Worse, it transpires that the event isn’t even as it appears, but a ‘false flag’ – the villainous Makarov kills your undercover CIA agent at the scene, pinning the attack on America and triggering a Russian invasion. 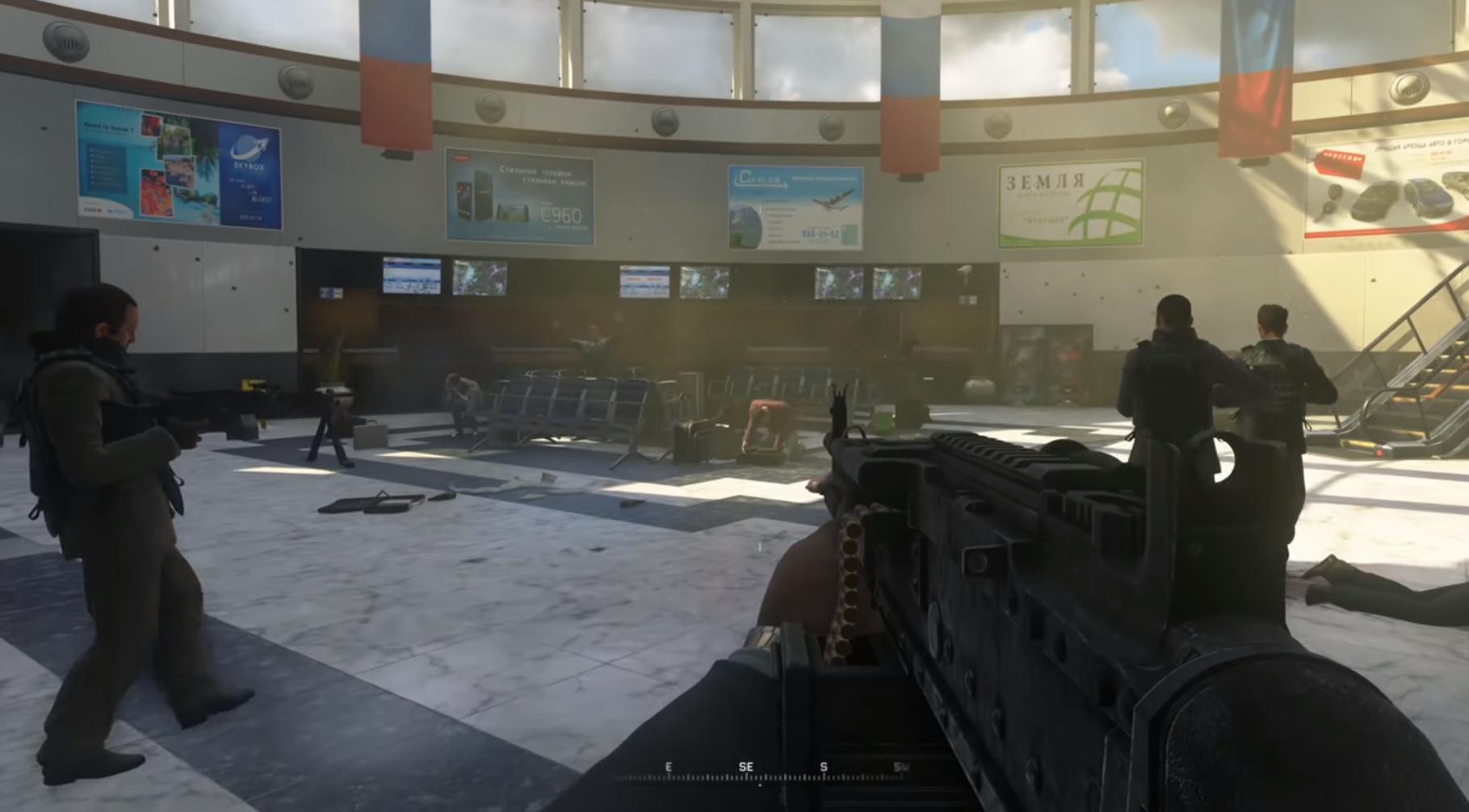 If that seemed like an exciting twist in 2009, it’s less so in a world where false flag conspiracies have become a regular source of pain in the wake of mass shootings.

Days after the Sandy Hook Elementary School massacre, in which 20 pupils and six staff were killed, the victims’ families had to endure a stranger walking around town, filming a video in which he claimed their children had never died at all, but instead been part of a plot staged by “some sort of New World Order global elitists”. Later, a man from Virginia stole two memorial signs from the playground, then rang parents to say they shouldn’t be upset since their kids had never existed.

In the years since, false flag theories have become a fixture of America’s mass shooting problem – and the trend isn’t unique to the US. The inquest into the 7/7 bombings that killed 52 Londoners ended in 2011 with a thorough debunking of the most popular conspiracies, including myths of explosives under tube carriages and a fifth, unexplained bomber. 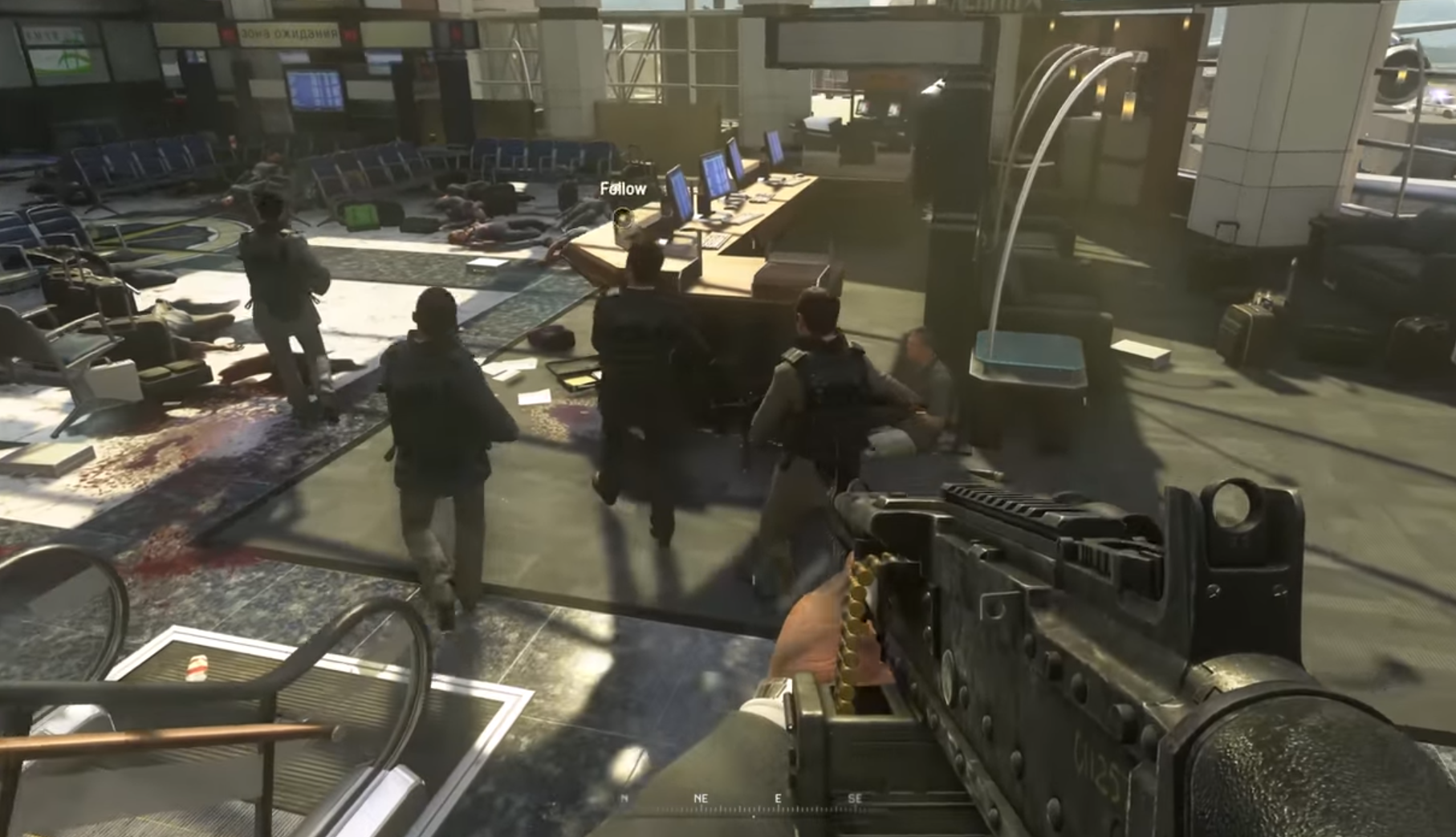 Over time, these once-fringe theories have entered the mainstream. Within a couple of months of Sandy Hook, a YouTube video named ‘The Sandy Hook Shooting – Fully Exposed’ had been watched 10 million times. A poll in 2016, cited by the Washington Post, found that 22% of Americans believed that it was possibly or definitely true that the Sandy Hook shooting was “faked, in order to increase support for gun control”.

Victims of tragedies and their families have found themselves not only traumatised by the events, but accused of performing their grief afterwards. Just ask David Hogg, the gun control activist who survived the Parkland school shooting in 2018, and has been the target of death threats and ‘crisis actor’ accusations ever since.

It’s reasonable to ask whether No Russian is helping. Modern Warfare 2 Remastered might offer a twisty, unpredictable story with one foot in the real world, but in 2020 it’s also contributing to an atmosphere of distrust around tragedy – one which sees victims suffer doubly.